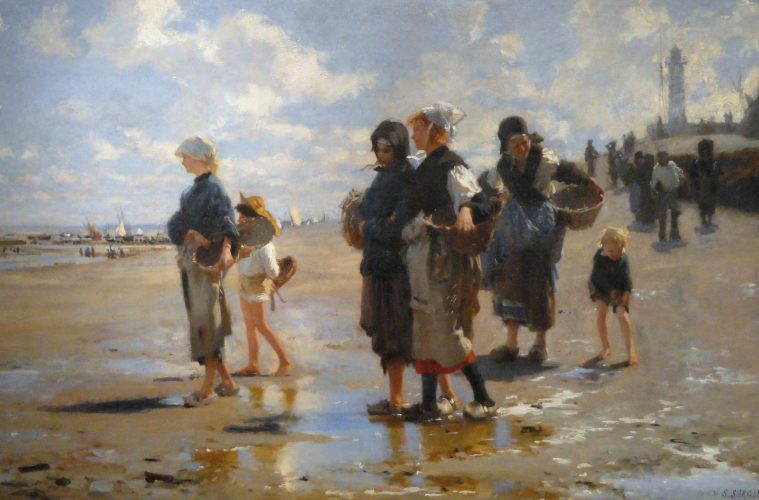 Tyler Green has a long, thoughtful Modern Art Notes entry on what the National Gallery of Art might look like and do once it’s swallowed the Corcoran Gallery of Art. You should read the whole thing, which is part of a series that starts here, but I want to pivot off this point of Green’s:

… [T]hink of the present NGA-Corcoran situation like this: When an art museum ceases to exist, it’s not just its galleries and its collection that go away, it’s the capability to present exhibitions and to conduct scholarship into and related to that particular collection. A late institution is a voice that goes silent, and with it the opportunity for intensive research into the collection and the artists in it. In this case, the Corcoran’s scholarly potential will at worst be eliminated, and at best will be subsumed into an institution with the narrowest, most conservative scholarly focus in its field.

Case in point: the Corcoran’s fantastic exhibition Sargent and the Sea, which traveled to the Museum of Fine Arts, Houston, and revolved around a pivotal (and breathtaking) 1878 marine painting in its collection, En route pour la pêche (Setting Out to Fish). 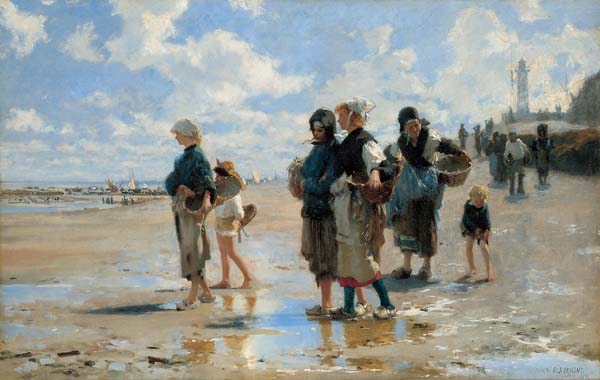 From my 2010 Houston Chronicle story:

Sargent … has long been wildly popular among the public and scholars. But until recently, the seascapes he produced in his late teens and early 20s had received only scattered attention. That started to change when Sarah Cash, Bechhoefer curator of American art at the Corcoran Gallery of Art in Washington, D.C., began studying En Route pour la pêche (Setting Out to Fish), an early Sargent masterpiece owned by the Corcoran.

“I knew about its preparatory and related works, but I wasn’t necessarily aware of the extent of Sargent’s marines beyond the (1878) trip that produced our painting,” Cash says.

Richard Ormond, a scholar and great-nephew of Sargent, told Cash he’d come across three previously unknown Sargent seascapes while compiling a comprehensive catalog of the artist’s works. The two agreed to collaborate on what has become Sargent and the Sea. Cash says it’s the first show to explore that body of work together, and it contains several paintings that were known only to their owners until about seven years ago.

“And one of them was known to scholars but not located until less than a year ago,” she adds.

While people familiar only with Sargent’s glamorous society portraits might be surprised he produced so many marine paintings and drawings — the show includes about 60 works — he was descended from a family that had been active in the shipping trade.

“The other thing is that if you’re a well-to-do young man who is the son of wealthy Americans, living the grand tour in Europe, and they go to the ocean every January and June, you’ll have much different formative years as an artist than your friend who’s poor and can’t leave Paris and can barely pay the rent,” Cash says.

The MFAH also hosted Encouraging American Genius: Master Paintings from the Corcoran Gallery of Art in 2007. Exhibitions aside, the Corcoran has also left its mark on Houston’s talent pool of museum professionals over the years. The late MFAH director Peter C. Marzio and the interim director who succeeded him prior to Gary Tinterow’s arrival, Gwendolyn Goffe, both came from the Corcoran, and former Contemporary Arts Museum Houston director and Station Museum of Contemporary Art founder James Harithas is a former Corcoran director. Former Blaffer Art Museum director Terrie Sultan once served as the Corcoran’s contemporary art curator. The late Walter Hopps, the Menil Collection’s founding director, also once ran the Corcoran. Who else am I missing? Suffice to say that while obviously an institution’s demise is most acutely felt in its hometown, the rest of us will likely be missing out too.