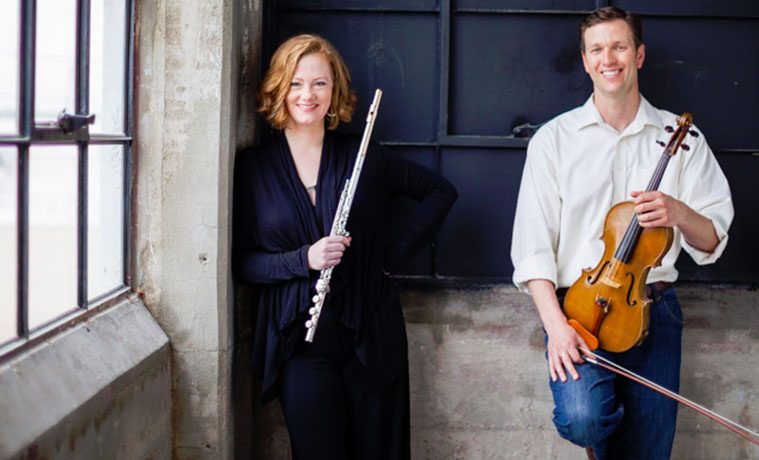 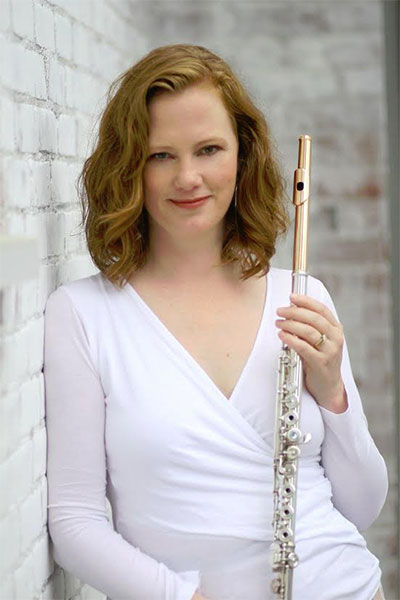 Unchambered with Matt Dane and Christina Jennings at ROCO

What does music based on Antoine de Saint-Exupéry’s whimsical, yet, philosophical, novella The Little Prince sound like? Houston music fans will get to find out for themselves on April 12 when River Oaks Chamber Orchestra (ROCO) musicians Matt Dane and Christina Jennings perform two premieres at Studio 101 at Spring Street Studios. The program will also include To Love a Flower, composed by Dan Kellogg, which is based on the beloved children’s book. If the musicians involved are any indication, such a composition may sound a bit like the ebb and flow of matrimony.

“The piece was a very long time in coming,” explains ROCO’s principal violist Matt Dane. “There is a patron here in Boulder who was very interested in commissioning a piece for my wife [ROCO principal flutist Christina Jennings] and I to play together. When we were talking about composers, we quickly decided on Kellogg.” Kellogg, who is on the faculty of the College of Music at the University of Colorado – Boulder, maintains a busy schedule, so the project gestated for several years before its world premiere last year. Like Dane, Kellogg is also a family man, so creating from the child’s perspective proved to be a natural inclination.

“Dan and his wife have a daughter who is just a bit older than our boys,” says Dane. “When he was starting to think about the piece, his daughter was very young, so his first thoughts were more generally about childhood and early life and how we learn things. And through that, we came about The Little Prince, which is a take on adult life through child’s eyes.” This sense of innocence is the element that defines the music, a sense of wonder and awe of the world at large.

Kellogg also tapped into the relationship between Dane and Jennings via their respective instruments. He made it a point to marry the flute and viola parts, either in conversation with one another, or by layering the music.

The Little Prince is part of ROCO’s Unchambered Series, intimate concerts that feature one or more of ROCO’s musicians. The program marks only the second time that Dane has participated in the series, and he cites the excitement of getting to play with good friends as one of its chief appeals. “It’s just a great thrill and a great opportunity to get to know individual musicians and colleagues in a more specific way,” he says. The program is also special in that it gives ROCO fans the opportunity to hear Dane and Jennings in one concert, which doesn’t happen all too often, as the couple is raising young twin boys. 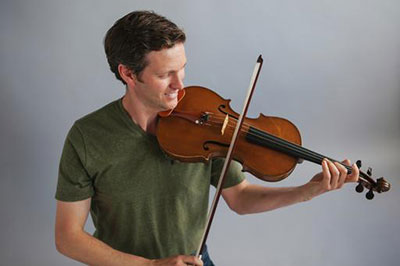 The friendship and the camaraderie of the ROCO musicians is a large part of why both Dane and Jennings have maintained ties to the organization. They have played with the orchestra since its inception in 2004 and have never parted ways, even though the married couple lives, works, and raises a family together in Colorado. The couple and ROCO founder and artistic director Alecia L. Lawyer go way back. Jennings and Lawyer first became friends as students at Julliard, and Dane became acquainted with Lawyer as a graduate student at Rice University. “What has kept us engaged is that we have really great friends here, which makes ROCO a special place,” says Dane.

Dane, who is also on the faculty of the University of Colorado, will also perform a solo as part of the program. He will be bringing to Houston a unique instrument, the viola d’amore, for the performance of Reena Esmail’s Nishani. “The viola d’amore is a Middle Eastern baroque instrument that has fourteen strings. There are seven strings that you bow, and seven that you play sympathetically [or indirectly].” The instrument sounds much like a sitar, which is appropriate for Esmail’s Nishani. The composition takes inspiration from classical Indian ragas, which is a current point of exploration for Esmail.

Dane met Esmail through ROCO, and when he first acquired his viola d’amore, his initial inclination was that it would be a great vehicle to play Indian-inspired music. “Reena Esmail is a fabulous Indian American composer, and I had just played a piece by her three months before I got my viola d’amore. She was happy to explore writing a piece,” says Dane. “She decided to take bits of ragas, and give a character to each of the registers of the instrument. It’s an amazing piece to play, and I have done it several times now, so I’m really excited to perform it again.”

The April 12 performance will also include music by Duruflé and Schubert. Dane and Jennings will be accompanied on piano by David Korevaar. The concerts in ROCO’s tenth anniversary are thematically linked in showcasing music based on literary classics. Expect to hear through the ears of a child at The Little Prince. Dane adds, “The four movements are unapologetically beautiful. The fast movements are exciting, clear, and engaging to people in a way that might be to a child.”