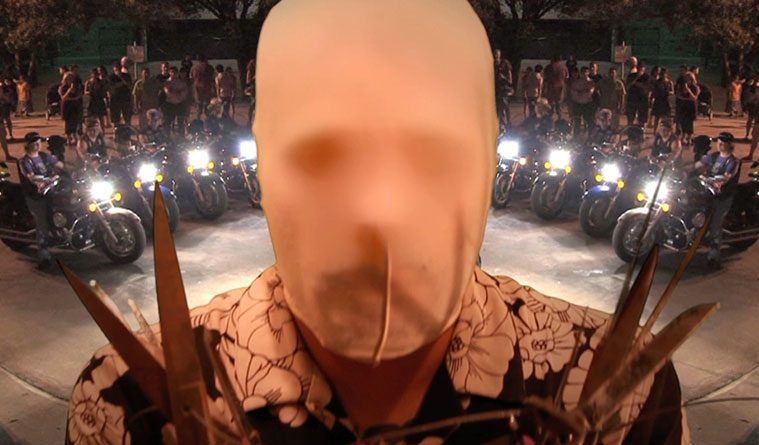 The Los Outsiders: A Curatorial Collective with a community activist flair 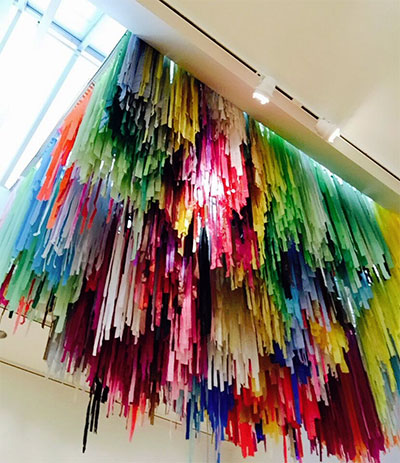 There is an easy engagement about Michael Anthony Garcia. He’s got kind eyes and the kind of humbleness that makes conversation flow. He’s always around, interested in everything everyone is doing. So, when he and his cronies began producing shows and projects under the Los Outsiders moniker, the ever supportive, collaborative scene of Austin was buzzing with curiosity.

Los Outsiders is a curatorial collective comprised of Jaime Salvador Castillo, Robert Jackson Harrington, Hector Hernandez and Michael Anthony Garcia. “Jaime, Hector and I were all artists in Mexic-arte Museum’s YLA (Young Latino Artists) exhibition in 2006. It’s from there that our desire to create community with art began,” Garcia explains. “With the addition of artist Robert Jackson Harrington last fall, we started adding community events to our repertoire of projects, and have sought to fuse Austin’s separate art cliques into a large cohesive family. “

These four came together with energy and momentum to instill the scene with something different, and though a bit scattered, it seems they’re succeeding. 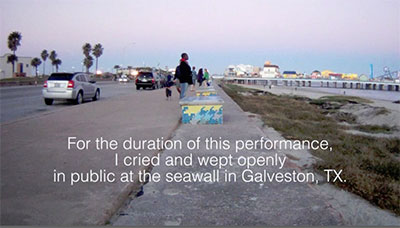 Their most recent burst of activity was the Gently Fried exhibition at Austin’s Mexican American Cultural Center which took place in three parts, the second of which runs through June 13. Part II was more or less a regular opening, preceded by part one, a set of performances and concluded by part three, a symposium on gentrification in late May. “We billed Act I as the ‘preview’ (6 artists in the exhibition contributed performance work a week before the gallery portion opened,)” Garcia says, clarifying the purpose of hosting the exhibition in three parts, “Act II as the ‘view,’ and Act III as the ‘review,’ where we could look at the topics more in depth.”

Although the collective is composed of artists who are not unfamiliar to Texas, the Los Outsiders had been working internationally for a little while so Gently Fried, more or less served as their coming out party. 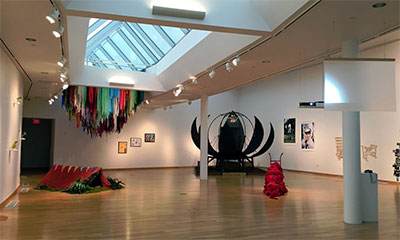 It’s not difficult to discern Garcia’s purpose with Gently Fried; drawing attention to, and commenting on, the swelling issue of East Austin’s gentrification. Within the whirl of things happening in Austin, there has always been a tension that buzzes over on the east side of town. As the area has evolved from a diverse, multicultural area dominated by Austin’s large Hispanic minority ,to a hip mecca of culture, the arts, and the requisite juice spots and bars— it has faced a serious quagmire of cultural conflict. First the artists moved in, then the hipsters and now it’s all condos and cupcakes for real estate investors and the people who can afford the soaring rents. The most recently famous example of this phenomenon was the destruction of the piñata shop on east Cesar Chavez by a developer without the shop-owners knowledge. 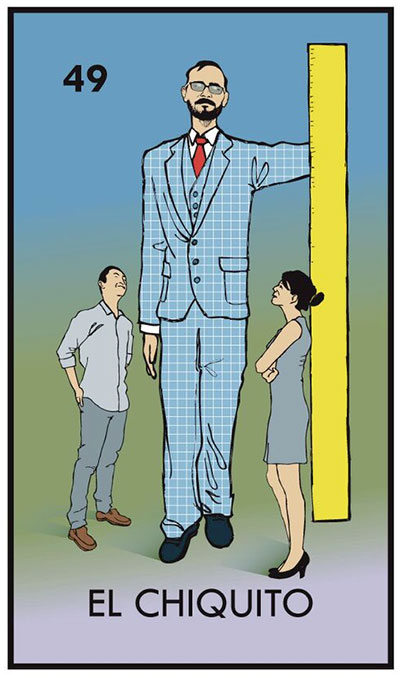 It was around that time that the Los Outsiders became outspoken, if not vocal dissidents of this shameful destruction which sparked a wild fire of push back from the Austin community. Thus Gently Fried, through a coincidence of timing more than anything else, began sizzling on the heels of the piñata shop incident with a glorious smattering of performance, installation, large-scale interactive works and traditional pieces playfully arranged in the gorgeous space of the Emma S. Barrientos Mexican American Cultural Center.

Although Austin is plagued by the issues the exhibition calls attention to, Garcia points out that the curatorial theme of the show resonates far beyond the Texas city “…though it’s conceptually very Austin-specific, we invited artists from cities such as Chicago and New York, where similar changes are transpiring across their cities landscapes. Gentrification, affordability, and population booms aren’t just issues here.”

Garcia enthusiastically hopes to create a public forum in which these issues can be discussed out in the open and with empathy, humor, and creativity. These artists, handpicked by the Los Outsiders, are bringing a new viewpoint to the rapid economic, infrastructural, and social changes happening in this city. As Austin hurls towards a seemingly inevitable fate as wealthy ghetto, it’s admirable to spend so much energy trying to have a public conversation about it. The Los Outsiders are certainly aware of the daunting task they’ve set for themselves, but with the slightest bit of cynicism,they seem to be pushing ever forward.