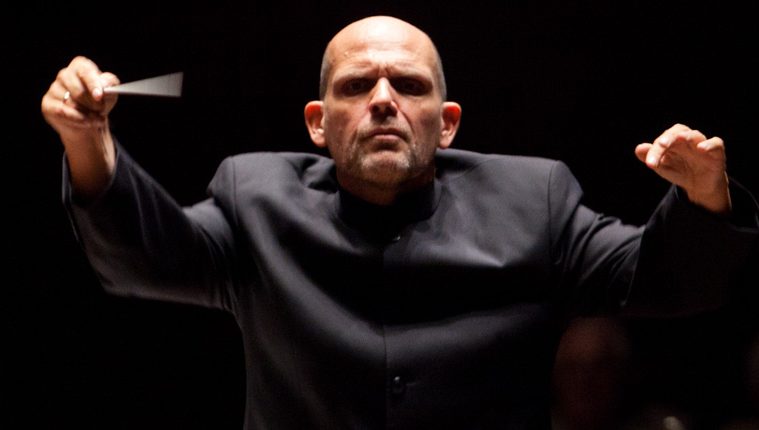 The Man with the Baton

Not every North Texas superstar is an athlete. In fact, national and international attention has shone brightly recently on our expanding and innovative arts culture. Dallas Theater Center sent their first play to Broadway this year, and premiered a new pedigree musical in January.

Dallas Opera attracted wide attention last year with the premiere of a new modern opera, and will most likely do so again with bold programming just announced. And now Maestro Jaap van Zweden is riding a wave of international recognition. The Dallas Symphony Orchestra musical director was recently crowned “Conductor of the Year” by Musical America, the international directory of musicians and musical organizations. Van Zweden, who is in his fourth season at the DSO, will also be spending time overseas in his added role as music director of the Hong Kong Philharmonic, a new appointment certainly resulting from his universally acknowledged success here in Dallas.

Classical music writer Gregory Sullivan Isaacs met with the Amsterdam-born star recently at his Dallas office to discuss the art of conducting.

A highly engaging man who speaks with a charming trace of an accent, van Zweden talks in a measured authoritative tone occasionally punctuated with a grin or laugh. He quickly judges your knowledge of musical matters and adjusts his level of conversation to be engaging not egotistical. When the conversation strays, he immediately pivots and begins to offer fascinating insights.

JAAP VAN ZWEDEN: (He laughs at the sweeping generality) It is all done in the rehearsals. You need to arrive at the rehearsals with a clear idea about the piece and then you have to communicate that to the players. All the real work is completed by the time the concert happens. Then you have to relax and make music.

A+C:  What if something goes wrong?

JAAP VAN ZWEDEN:  Well, then you need to concentrate on how to fix it. For example, if the tempo got out of control and now is going to fast, you need to pull it back subtly. But this rarely happens if the rehearsals go well and you are prepared.

A+C:  How do you do you prepare a new score?

JAAP VAN ZWEDEN:  I start by taking a look at the entire piece and begin to set the parameters. Where is the loudest part? Where is the softest? Where is it the fastest and where the slowest? Where is the big moment and how does the music build to that? Where is there a time to pause to let your emotions take a breath? Once you know all of this, you can begin to look at the notes, the structure and the other levels of details. But, this is true of learning any score. If you are asking about a newly written composition, I like to have detailed discussions with the composer. Is it an advantage to have the composer just a phone call away? Of course. We may know that Beethoven was in a crisis about going deaf, but we really don’t know what he was thinking about what he was writing at any given moment. We can guess at what he was trying to say, but we can never really know. With a living composer, they can tell you exactly what they were experiencing when they wrote the music and what message they want to portray. Of course, you still need to make your own decisions about the score, but hearing the composer talk about the music is a transforming experience.

A+C:  Have you ever composed?

JAAP VAN ZWEDEN:  No, I haven’t. (Pausing thoughtfully) I never felt drawn to compose. Nor even orchestrated something, like Ravel did with Mussorgsky’s “Pictures at an Exhibition?” No, not really. Maybe someday. You must remember that I had another career as a violinist. [He was the concertmaster of the Concertgebouw Orchestra in Amsterdam at 18.] Then I became a conductor, so I have walked down two paths that require a lot of dedication and time.

A+C:  How did you get started conducting? Did you have a mentor?

JAAP VAN ZWEDEN:   Yes, I did. He is Andre Presser, conductor for the Bayerisches Staatsballett. Ballet is the most difficult and demanding conducting because it is so tempo sensitive. You have to be completely in control and able to hit tempi exactly because the dancers are always moving. Some steps can’t be done any slower or faster. He was very strict with me and I appreciate that now.

A+C:  When you work with a soloist in a concerto, how is that a different experience?

JAAP VAN ZWEDEN:  Here, you need to really open up the line of communication with the soloist. I like to have a preliminary meeting where we talk through the music and I get to hear their ideas about it. Then we have a piano rehearsal to work though the piece before we take it to the orchestra.

A+C:  Do you play the orchestral part on a second piano or do you conduct?

JAAP VAN ZWEDEN:  I don’t do either. I listen. I invite another pianist play the orchestral parts and I just pay attention to what the soloist is doing and how they approach the style and the pace. When you are playing yourself, you can’t pay proper attention to what the soloist is doing. We can stop and discuss various moments, especially where I know from experience that the coordination is tricky. However, this is my time to really listen to what they are trying to say with their performance. I want to help facilitate that.

A+C:  Speaking of the pace, or tempo, of a piece. How do you determine that? Is there a single phrase or moment in a selection that dictates tempo for you?

JAAP VAN ZWEDEN:  No, there isn’t one place where I can say, ‘this is it’ as far as tempo goes. It is just an overall feel of what is right for now. Next time I conduct the same work, it might be different. Once you really study the score, the tempo just comes to you and then you work it out in the rehearsals. You just know. It feels right. I am always singing inside as I conduct. That helps.

A+C:  So, when you return to a work you have already conducted, do you start fresh as if you are looking at it for the first time?

JAAP VAN ZWEDEN:  Well, that is impossible because my score has markings (laughs). But I do try to take a fresh look. I find that after you have learned a piece and then set it aside for a while to rest, you find much that is new in it when you return. You think ‘How could I have missed that before?’ That is the joy of great music. There is always something new to be discovered in these scores, no matter how often you have performed them.

A+C:  So, is there something that you would like to conduct that you haven’t done before?

JAAP VAN ZWEDEN:  (Stated with a sense of excitement) Wagner’s “Tristan und Isolde” This is a magnificent score and I hope to be able to conduct it in the near future.

A+C:  You are conducting Beethoven’s opera “Fidelio” with the DSO this season, what about some opera in the future?

JAAP VAN ZWEDEN:  I think that Wagner’s “Parsifal” would work very well in a concert performance.