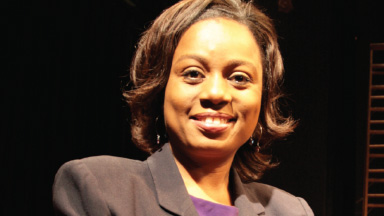 The Play’s The Thing

When playwright Teresa Wash wrote a one-act skit for her Atlanta church in the 1990s called “The Test of Time” she had no clue how prophetic its title would become. Her skit evolved into a full-length play and toured to a dozen cities throughout the South. “I learned a lot from that experience, buy cialis ” she recalls, stuff “as much about what not to do and how to lose money fast as to what works in writing and producing plays.”

When she moved her theater company, physician TeCo Theatrical Productions, to Dallas and turned an Oak Cliff warehouse into a first class theater and art gallery space, she embarked upon the creation of a New Play Festival as a productive incubator for aspiring regional playwrights.

She put out a call for submissions for 2002, wondering who would respond, and received more scripts than she expected. In 2003, she made the festival a contest with prizes: a grand prize of $1,000 and two airline tickets to anywhere in the U.S., and a literary prize of two round-trip airline tickets.

Since then, TeCo’s New Play Contest has grown by leaps and bounds, in quality as well as number of entrants and corporate support. “I thought I’d be the one writing the plays, not managing it,” Wash said recently. “But seeing this contest continue to grow and the work of other artists flourish yearly gives me as much satisfaction.”

The contest’s structure works simply and effectively. Wash selects a specific “theme” to explore and puts out the call for submission from Dallas countywide writers. A reading team of non-participant writers, theater professionals and educators score all works submitted, based on thematic adherence, quality of writing and stage-worthiness. The top seven scorers advance to full production with a director, set, costumes and technical enhancement at the New Play Contest in February. At each performance, audience members vote for their favorite production. After the final performance, Wash and her staff tally votes, announce winners and hand out prizes.

Since 2003, the caliber and diversity of writing and production values have steadily improved. People from all walks of life submit — from students to government workers to architects, some who have never written plays before to some who run production companies and write constantly, ages ranging from the early 20s to mid-70s. Just as many women as men submit plays to the contest.

In 2010, playwrights included: a former stand-up comic and award-winning script writer; the founder of The Playwrights Forum; the artistic director and co-founder of a well established regional non-profit theater company; an award-winning author, poet and performance artist; a Dallas-based renaissance performance artist with his own entertainment company; a graphic designer and film-maker; and a professional regional set designer who co-founded a successful for-profit theater company.

Yale graduate Antay Bilgutay won the literary prize in 2010 for his entry “Ghost Dog Whisperer.” Writing and producing both one act and full-length plays in Minnesota since the 1990s, he found TeCo’s contest a way to introduce himself to the DFW arts community as a writer, not just an arts administrator.

“Actually winning the literary prize last year made me joyful, grateful, and proud,” said the Minnesota transplant who now works in development at Dallas Theater Center. “Just being selected for the competition gave me some artistic credibility. I could legitimately say, ‘my new play is being performed at bishop Arts Theater Center’ and that alone meant so much to me trying to establish myself in a new community.”

Bilgutay feels the contest benefits the whole arts community, from the struggling start-up to the top tier with national recognition. “Any time an organization can encourage new work, and provide a platform for local artists, the community benefits,” he said. “Part of what drew me to Dallas in the first place was the depth and breadth of the arts community — from the big organizations to the grassroots ones. TeCo’s contest brings a lot of people to Bishop Arts for the first time, and that helps the area to thrive.”

Wash says she constantly seeks ways to improve the contest and expand opportunities for playwrights. After attending a reading series produced by New York’s Dramatist’s Guild, she’s adding a new wrinkle to future contests. Starting in 2012, TeCo will host a series of readings every quarter, featuring three plays each evening. Not a competition, playwrights will receive input from the audiences at talkbacks. To participate in the 2013 contest, a playwright must have participated in a reading. The 2012 contest is a best-of collaboration, with only past winners asked to participate. Response has been robust. So far, Jonathan Norton, Philip Morales, Lateras Whitfield, Willie Holmes, John Fullenweider and Paula Sanders have agreed to submit. Antay Bilgutay?

He laughs, “I definitely hope to enter, if I can find the time to write. I have a concept I’m working on, though I don’t have a title yet. It’s about a guy who goes to an open house and doesn’t leave. Last year at this time, I only knew my play was about a guy whose dog had died. It wasn’t till Thanksgiving that the ghost dog and the psychic sprang from my head. So who knows what my play will be about, really?”