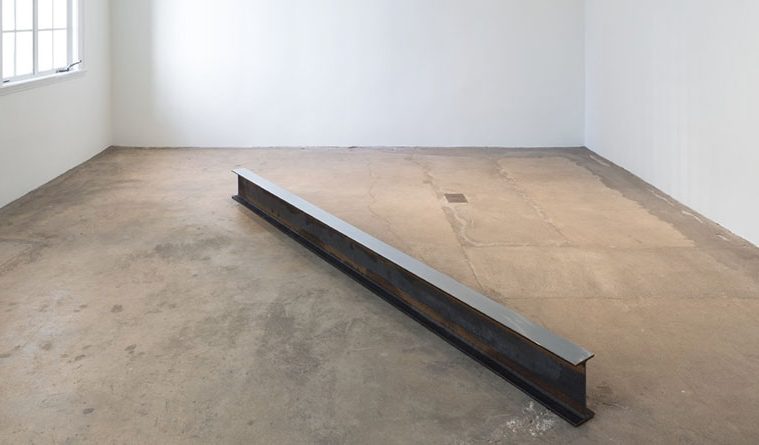 The Potential of Light 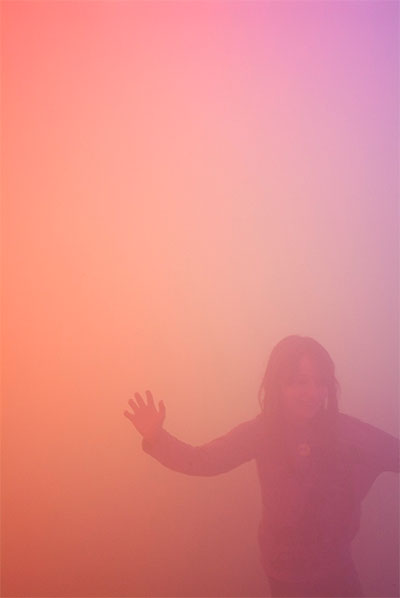 Arresting may be the perfect word to describe the work of Belgian-based artist Ann Veronica Janssens.

Janssens, who has been shown widely in Europe, is having a bit of a US moment with a solo show at Bortolami in New York City and one right here in Dallas at the Nasher Sculpture Center, on view through April 17.

Janssens is first and foremost a sculptor, but a sculptor deeply engaged in rethinking the role of sculpture itself: dematerializing the sculptural object at the same time as she materializes it in entirely new ways.

Architecture and light are the two driving forces in Janssens’ practice. She began her artistic experimentation with sculpture and space by creating works in situ, focusing on man-made spaces, such as those in and around built structures as platforms from which she could expand the notion of sculpture; drawing visitor’s attention to their surroundings in an effort to put forth the notion that we are surrounded by sculpture at all time.

Janssens is of course not the first artist to see the potential of sculpture to draw attention to the space we tend to take for granted; the minimal artists of the 1960’s and 70’s, Michael Heizer’s early work focused on negative space and Fred Sandback’s experiments with string come to mind, presented a powerful new way of drawing attention to the potential of sculpture to serve not as an object but as an arbiter of space.

But Janssens’ work is not as coldly academic as some of the early minimalists, nor is it as flashy and superficial as the work of other artists focused on light such as James Turrell. For much of her career she has utilized light as a method of “intervening” in a space without, as she puts it, “adding dramatics.” Her work, with its obvious attention to the physical properties of light and other matter, working in tandem with her fascination with natural and man-made space, allows for art that is more open, more possible, in a way that does much more to encourage her viewers to truly experience the art and space through individual perception than some of her peers. 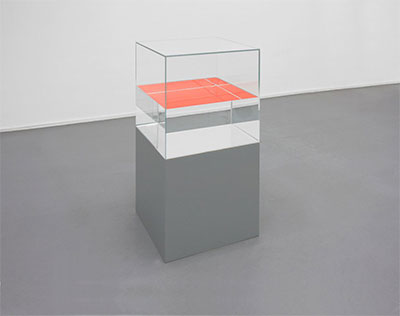 At the Nasher Sculpture Center viewers have the opportunity to see a good, albeit small, cross-section of Janssens’ practice. The focal point of the show is Blue, Red, and Yellow, a large enclosed pavilion on view for the first time in the US in the Nasher garden. Visitors experience the piece by walking inside the pavilion, where-in they encounter a space enshrouded in mist with sunlight pouring through the colored panels lining the walls. To say it is a disorienting experience is to understate it; the space may be filled with people, you will still feel totally alone. The piece is many things, but it is most of all a way for Janssens to force her viewers to focus purely on their physical experience of a space. The mist, “opens the limits of the space,” she says, “forcing a deceleration in both space and time.” It disorients by limiting vision at the same time as it materializes light, something Janssens has harnessed in the creation of a piece which offers a profoundly focused, and, if you allow it, spiritual experience for the viewer.

Several of her “aquarium” pieces are also on hand at the Nasher. The glass vitrines are composed of various liquid substances and occasionally a tint, as in Orange, pictured here. There is no one way to experience these works, something Janssens aims for in much of her work, “It invites the viewer to move… It escapes,” is how she describes the feeling of encountering these pieces, the perception of the piece dependent on the location from which it is viewed thanks to the different combinations of liquid, air and color in the glass: possibility and openness exist on multiple levels here. The simplicity of these pieces and their presentation must bely the process of creating them; Janssens does not have a background in science but her fascination with light and the physical properties of other matter such as liquid and gas has led to a studio practice which I can only imagine to be highly experimental and iterative.

The originality and, really, levity of the aquarium pieces and the pavilion contrast with the I-beam which cuts through the Nasher lobby. The piece, which was part of a series, is a much more overt evocation of minimalism’s challenge to the viewer’s experience of sculpture but it’s useful here in it’s implicit support of Janssens’ originality; in much of her work movement is inspired by truly offering viewers different ways of seeing even in an individual piece, animating, by so doing, the experience of the object in an entirely new way.

“The work is immaterial,” Janssens says of her work, “It’s all about the perception.” And while that notion is not an entirely new way of conceptualizing the sculptural object, Janssens has managed to imbue principles of minimalism and the light and sound movements in art with a sense of possibility and wonder matched by few others.