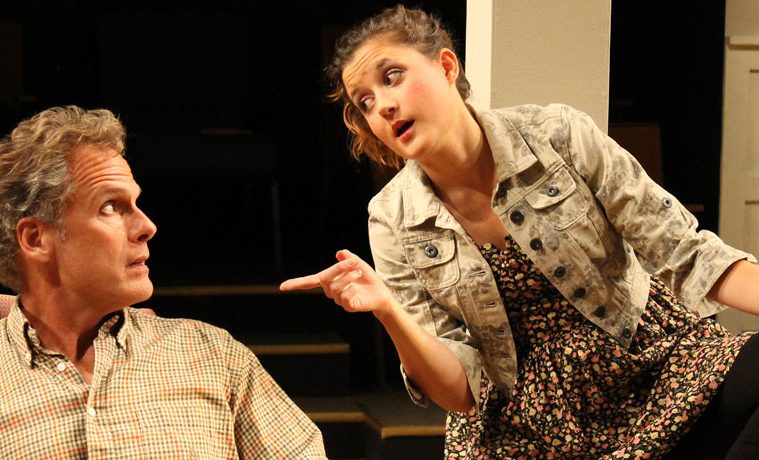 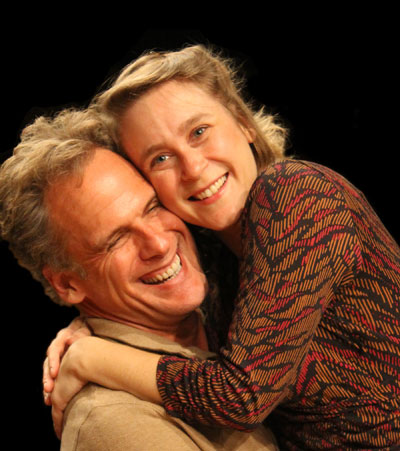 “Loving and being loved is unliterary,” says Henry in Tom Stoppard’s The Real Thing, on stage right now at Main Street Theater (MST) (through Oct. 6th). That may be, but it sure didn’t stop the incomparable Stoppard from crafting a play about life and the sacredness of words.

Main Street is no stranger to mounting plays of clever word play. (Witness: last season’s Close Up Space). And the company is no stranger to Stoppard. Over Main Street’s 38 years, they’ve presented 17, counting this one, of the playwright’s pieces. So, this particular play seems especially wonderful for MST to present again (it had its Houston premiere at MST in 1986), and it’s a joy to watch them have a go at it.

The story of Annie and Henry, an actress and her playwright husband, and the ways their lives imitate art, The Real Thing is about everything: marriage, loyalty, infidelity, trust and, ultimately, one thing: love. Set in London in the early 1980s, we follow Annie and Henry from their marriages to other people (she to an actor named, Max, and he to another actress, named Charlotte) through their relationship together, and we see how bright and banal relationships can be. Stoppard doesn’t romanticize the everyday, the little insecurities couples can feel, nor does he mire us in the slog of the ordinary that marriage often is. But, by giving voice to the brilliant and baleful moments alike, we’re swept along seeing pieces of ourselves.

And it’s all delivered with such sparkling dialogue.

Director Rebecca Green Udden’s deft touch is light and sure. She guides the actors across the highs and lows of Stoppard’s script and it’s a thing of great beauty. Shannon Emerick’s Annie is unrepentant in her emotions, and her performance walks an exciting line capturing Annie’s selfishness and utter love for Henry. Joe Kirkendall, delightful in MST’s Love Goes to Press last year, pulls off Henry’s snobbery and searching with wit and grace.

As Charlotte and Max, Sara Gaston and Justin Doran bring pith and pathos. As an ensemble, they and the rest of the supporting cast shine brightly, infusing breath and light into complex and flawed and sometimes wonderful characters.

Claire A. Jac Jones’ sets moves us seamlessly from London flats to the stages of theaters to trains, augmented by warm, rich lighting by Eric L. Marsh (and changed by a brilliant army of set dressers, moving in their own choreography), bringing both an intimacy to MST’s space and to the play’s themes. Macy Lyne’s costumes evoke the 1980s with timeless pieces, and Shawn W. St. John’s sound design is a veritable 1960s soundtrack, echoing Henry’s love of that music, even if it he is embarrassed to admit it on the BBC’s Desert Island Discs.

In all, MST’s The Real Thing proves why this company has such a lasting relationship with this playwright. Stoppard’s words and dialogue ring gloriously true in the hands of this capable cast and crew.