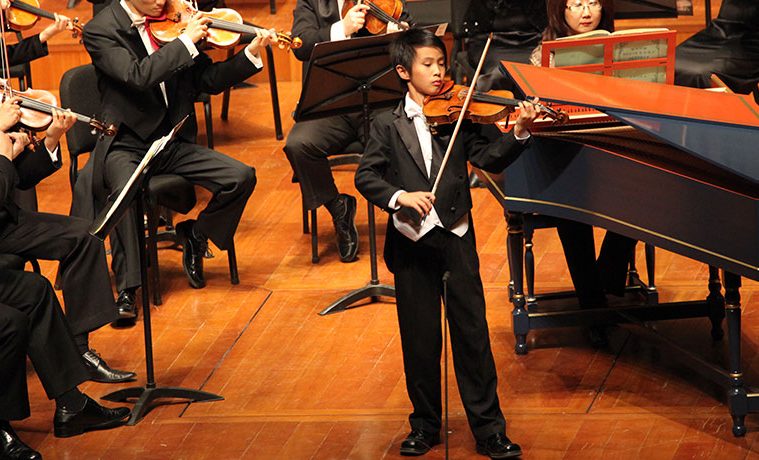 The World Comes to Austin

IMAGE ABOVE: American Kevin Zhu, First Prize winner in the juniors division at the 2012 Menuhin Competition in Beijing, returns to the competition to play at Austin’s February 21 Opening Concert alongside the University of Texas Symphony Orchestra at the Long Center for the Performing Arts. Photo courtesy of the Menuhin Competition Trust.

Austin has always taken pride in calling itself the “Live Music Capital of the World,” and it will have yet another chance to showcase itself in such a role this month at the Menuhin Competition. From Feb. 21 – March 1, 42 young violinists from around the globe will descend on the Texas capital for days of master classes, rehearsals and competition.

The Menuhin Violin Competition has never been held in North America before, so it’s a tremendous feather in the cap of both the University of Texas at Austin and its Butler School of Music, as well as for the U.S.

“It was last held in Beijing,” says Glenn Richter,  interim director of the Butler School. “And it’s been hosted in Oslo and London. Because it’s such a highly prestigious international competition, it’s an opportunity to put our school on the map.” The Butler School won the chance to host the competition following the guarantee of underwriting and sponsorships for the event. 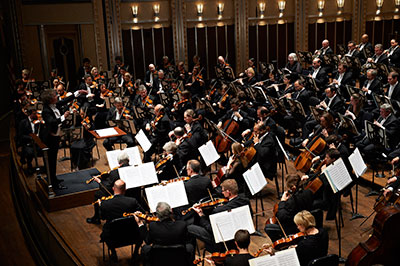 The world-renowned Cleveland Orchestra returns to Austin for the first time since 1976 to perform at the Menuhin Competition’s March 2 Closing Gala Concert at the Long Center for the Performing Arts, under the baton of Giancarlo Guerrero. Photo by Roger Mastroianni.

Named for violinist Yehudi Menuhin, the competition is held every two years, and brings together violin students from all over the globe. Coming to town will be musicians from China, Norway, Australia, Russia, Europe and the U.S.  Kids participate in two levels of competition, Juniors (under 15) and Seniors (16-22). Richter says all contestants must prepare from a list of violin concerto repertoire. They’ll perform solos, as well as in chamber groups, and with a larger orchestra. The Cleveland Orchestra will be in town on the Sunday of the competition and will perform with the finalists.

“The level of performance this competition demands is really advanced,” stresses Richter, who says he enjoys watching the youngsters in the Junior ranks perform. “They have to exhibit strong playing, as well as the ability to learn performance repertoire and be able to play with others.”

The competition was founded in 1983, envisioned by Menuhin as a way to enhance opportunities for young people. Contestants are pre-selected by a jury panel, in what is often their first exposure to international competition. Several participants, including Tasmin Little, Isabelle van Keulen, Nikolaj Znaider, Ilya Gringolts, Julia Fischer, Daishin Kashimoto, Feng Ning and Ray Chen, have gone on to have important careers on the international stage. 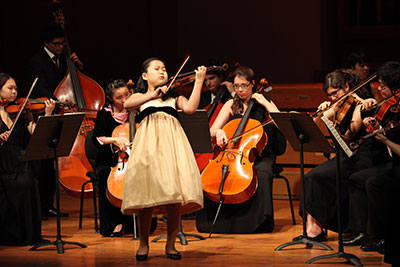 In addition to being a place for young musicians to strut their stuff, this year’s event is also a chance for the Butler School to have a chance in the spotlight. Richter says that school faculty will work with the young musicians, and those coming to Austin for the events will see first-hand how Texas has both a strong economic foundation, as well as a commitment to learning and performing arts.

Leading up to the final round when the winners are announced will be a series of master classes, seminars and concerts. Opening the 10-day competition will be a performance by the University of Texas Symphony Orchestra, conducted by Gerhardt Zimmermann, on Feb. 21, in a program that includes Stravinksy’s Firebird Suite and Berlioz’s Roman Carnival.

Competition rounds begin on Feb. 22 and continue through the Senior Semifinals on Feb. 26. The Junior Round repertoire will feature The Cowboy and the Rattlesnake, specially commissioned by Butler School of Music Professor Dan Welcher, and the Senior Semi-Finals will incorporate “Black-Eyed Suzy,” a work specially commissioned by Butler School composer Donald Grantham. Senior competitors will also perform their choice of a Haydn string quartet with the University’s Quartet-in-Residence, the Miro Quartet. 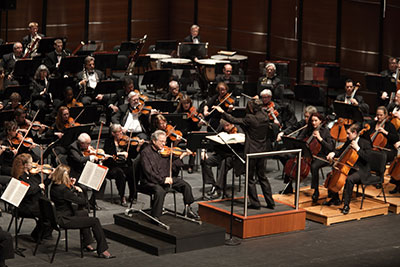 On March 1, four senior finalists will each perform a violin concerto at the Long Center for the Performing Arts, accompanied by the Austin Symphony Orchestra under the direction of Peter Bay. The senior winner will be announced at the end of the evening. Photo by Robin Rowell.

The Junior Finals will take place on Feb. 28, and the Senior Finals will happen on March 1. The closing gala concert with the Cleveland Orchestra will also feature violinist Arabella Steinbacher, and include Dvorak’s Carnival Overture and a violin concerto  performed by the Senior 1st Prize Winner. Many of the events are open to the public, either free or for a ticket charge.