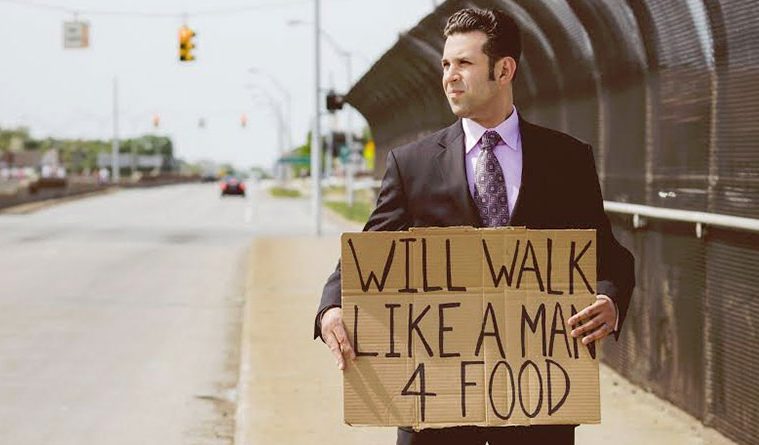 Theatre LaB Houston at The MATCH

Eric Gutman in from Broadway to Obscurity.
Photo courtesy of Theatre LaB Houston.

As Theatre LaB Houston launches its 23rd season in Houston, three different productions are coming our way from TLH in November – From Broadway to Obscurity, written and performed by Eric Gutman Nov. 5-8, Eleanor’s Story, adapted and performed by Ingrid Garner Nov. 11-15, and The Twentieth-Century Way  by Tom Jacobson Nov. 18-22. The season continues in February with 52 Pick Up by TJ Dawe and Rita Bozi, and then concludes in May with the world premiere of Winifred  by Alva Hascall.   A + C theater writer John DeMers caught up with TLH founder Gerald LaBita to talk about the company’s beginnings and its bright future at the MATCH. 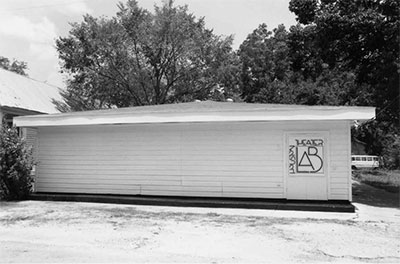 I first remember seeing one of your shows in what had been your parent’s grocery store. What inspired you to start the company in the first place? And why or how in that space?

Gerald LaBita:  In the late 80’s, I was traveling to New York City, Los Angeles and London quite a bit, and would always make sure I attended theater productions. Most, as it seems, were always off the beaten track and in quaint intimate venues. I’d sit there and think – “these are never coming to Houston,” because there was not a venue to stage and produce them. At the same time, I was volunteering at a local small community theater, and we’d go out afterwards and bitch about the current (1990) state of Houston theater.  Most were doing Neil Simon and classics. While there is nothing wrong with that, I just felt that Houston had to have an audience who would seek out more cutting edge theater. So, as my parent’s grocery store sat vacant on Alamo Street in Houston’s First Ward – I made the decision to create TLH and turn it into what it has been the past 23 years – a Houston theater destination for the best in contemporary theatrical productions. And from our first production in April 1993, we have become known for our unique productions. 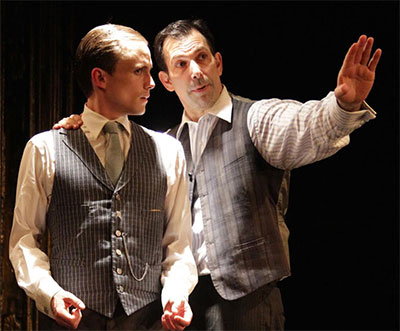 Will Bradley and Robert Mammana in The 20th-Century Way. Photo by Brian Polok.

You were among the first to commit to moving your season to the MATCH. How would you describe your reasons for choosing the MATCH, and what the facility means to your company?

I was approached by Emily Todd years ago when the concept of what has become MATCH was first being formulated. I remember telling her I thought it was a great idea, but we were in a huge fortunate position in that we had a rent-free building (for 10+ years TLH paid no rent and for 20 years no administrative salaries). At the time for TLH to pursue a facility that would add another cost to our producing bottom line was not necessary. Emily did say that if and when the time came, TLH would be welcomed to be part of what has now become the MATCH. The day after our Alamo venue was sold, I called Emily and we met. I told her we wanted to be considered as a viable tenant for MATCH, and from that day (for over two years) TLH has been welcomed. We have made sure our audience base was very aware that MATCH was happening, and we planned on being part of it when it opened.  For TLH, it’s a great opportunity to expand our patron base, new avenues of marketing – all that foot traffic, which we have never had; to produce our intimate brand of theater in a new state of the art facility – it’s unbelievable. We’ll be part of  an exciting addition not only to the local arts scene but the national level as well. The MATCH complex is breathtaking, and it will be another jewel in the city’s arts legacy.

Talk about the shows you have scheduled in November?

With TLH programming there are several things that are always important, starting with the literature of a piece. Is it really good, interesting and smart theater – something you can sink your teeth into? We look for variety. As a regular theatergoer myself, I am always interested in seeing a wide range of theatrical productions. This season represents a huge range, starting with From Broadway to Obscurity – a one-man musical about getting to the top of your game, and the struggle to find your place when the game is over – making hard choices that are also the right ones.

Eleanor’s Story, an adaptation of the acclaimed autobiography of Eleanor Ramrath Garner’s youth by her grand-daughter Ingrid Garner, is a riveting one-woman show. It’s a true tale of an American girl trapped in Nazi Germany. And for the first time, we are presenting a recent Off Broadway hit – TLH presents The Theatre@ Boston Court production of Tom Jacobson’s The Twentieth-Century Way, about gay entrapment from a century ago in 1914 California.

What niche do you see your company filling that just maybe isn’t being filled by any other ensemble?

From our opening in April 1993, TLH set the trend for producing works that probably would not have made it to Houston, certainly not within 6-12 months of their premieres. Today, with other companies following our lead, folks forget we were the first to program what was then called – “cutting edge, edgy, bold plays.” In 1993, we took a huge chance – people would say to me, “no one wants to see these kinds of plays” and “why would anyone want to go to Alamo Street?” Well, the rest as they say, is history – over 135 productions and 110,000+ tickets sold. Our audience has always been the type of person who is well read, enjoys art that can be discussed, debated for good or bad reasons, and has a huge exploratory personality – that looks to seek out new artistic endeavors, and is not afraid to venture off the downtown path. It’s what has made TLH unique and keeps folks coming back.