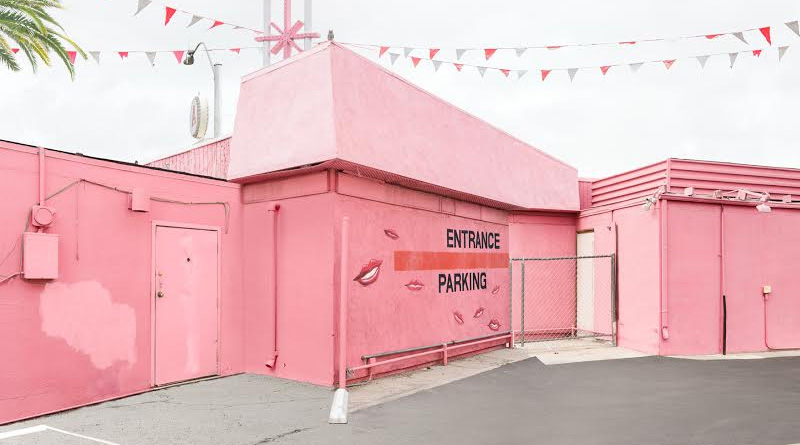 “Newtonian physics gave us a plausible explanation of how nature behaves, but when we developed the means to venture into deep space or to tinker with subatomic particles, we discovered that there were phenomena that refused to be governed by these laws, so we invented quantum mechanics and Einstein formulated the theory of relativity. It may be that we are now in the early stage of a quantum mechanics of the image. We need a theory that holds good for the nature of photography in this situation of exponential excess that is giving us vertigo.”

– Joan Fontcuberta, From Here On: Photography in the Age of Internet and Mobile Phone

The past decade (and primarily the past 5 to 6 years) has been an exciting time in contemporary photography. The trend towards imagery that is decidedly self-aware and unabashed in borrowing from its own practice and history,just as much as from other mediums, technologies, the internet, social media, and popular culture, has blown apart the idea of what can and cannot be considered within a photographic context. Although there remains a hefty contingent hanging on to traditional definitions of what constitutes “a photograph,” this particular movement is unconcerned with medium-specificity, focusing instead on creating a new lexicon, one that relates to the past through the visual fluidity of the present and the future. As stated in the above quote by Foncuberta, we’ve reached a point at which what we have historically held to be “true” about photography doesn’t accurately apply to what is being done (and will possibly be done) within the field. Standard definitions – while rightfully deserving of study and respect – are simply not equipped to encompass the multifacity of contemporary practices. Terminology designed to describe chemical reactions, process-related materiality, and the gravitas once associated with photographic veracity, does not properly adhere to responsive imagery that floats in the ether between technology and humanity, fact and fiction, knowledge and intuition.

Leigh Merrill’s stunning new show, This Place,at Liliana Bloch Gallery,is thoroughly invested in this dialogue. Featuring a series of ethereally washed-out urban landscapes that exist somewhere between the uncanny and the sublime, Merrill’s show is a perfect example of the buoyant, surrealistic quality of contemporary photography.While the landscapes appear to depict familiar places, they are each composites of anywhere from ten to a hundred photographs that Merrill has taken during her travels. As it turns out, “this place,” doesn’t actually exist, but all of the components that form it are real.

The effect is beautifully unsettling, like the fuzzy aftershock following a strong moment of déjà vu, or the ominous feeling that precedes a thunderstorm – these places are recognizable, yet ever so slightly off. At first glance it appears that Merrill has stumbled upon some magical pastel-toned city with a charmingly European-esque sheen: pink and blue buildings stand against a white sky; an ornate lion statue guards a payphone; a tower of balloons is backed by a building shrouded in white bunting. Then strange things emerge: a fire hydrant placed in the middle of a plaza, which may actually be a street; a museum quality Grecian-looking bust in a French gift shop window; a folded beach umbrella standing next to bags of garbage on a cobblestone sidewalk, and the dainty jewel box effect of this seemingly perfect place begins to break apart. As Merrill states, “I was interested in creating images that felt familiar but also placeless – locations that balance specificity and ubiquity.We see so much of the world around us through photographs that often our experiences in new places are not entirely new.”

This through-the-looking-glass feeling is further heightened by the inclusion of three deliciously saturated photographs of foliage that lure the viewer in with their vibrant mix of blues, greens, pinks, and purples. Merrill uses these hyper-realized images of nature as counterpoints to simultaneously clue us in, while also distract us from, the inherent mythos of her urban photographs (and the larger mythos of photography). Two trompe-l’oeil-style near abstractions more specifically point to the underlying fabrication of her images, emphasizing the prowess with which Merrill blends the traditional act of “taking” a picture with the more contemporary act of “making” one, wielding editing software against existing imagery with surgical precision. While these two images and the cityscapes form the conceptual backbone of This Place, the larger-than-life nature photographs are the obvious stars of the show – the luscious, twisting secret garden at the heart of the perfectly manicured city.

Ultimately, the exhibition is a commentary on the push and pull of the inherent desire for photography to retain a connection to the “real.” Merrill wants us to want “this place” to actually exist, for her photographs to serve as a document of a specific point and place in time. She dangles this desire in front of us like a carrot that she repeatedly yanks away: her images are real – formed of actual places and objects she has photographed – but it’s a false reality formed through the manipulation of the real. It’s a surreal reality; an uncanny valley that mesmerizes while it unnerves; the tipping point at which the real and the perception of what is real collide. This is the delicious rub of contemporary visual culture: the degree to which details can be manipulated grows increasingly subtler, and the layering of meaning more reactionary, resulting in slippery new forms of communication that continuously shift with technologies, internet speak, cultural movements, and the like. Photographers like Leigh Merrill are taking advantage of this shift to play with perception, reality, and desire, blending education and intuition to create a new photographic language that moves with the current instead of anchoring itself in the past.