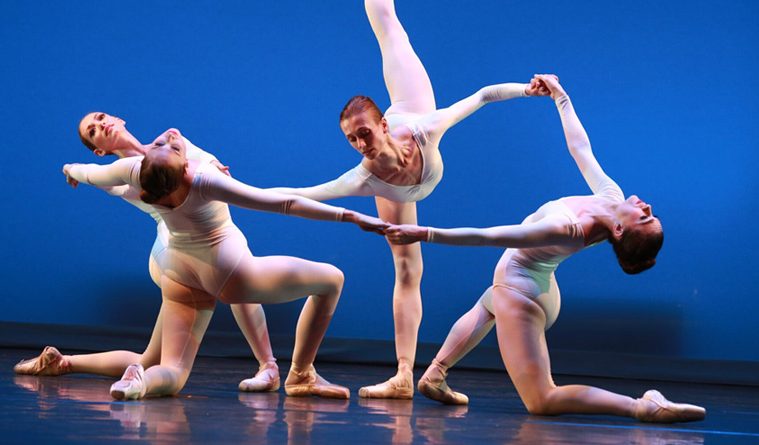 This Season and Beyond: Dallas’ Avant Chamber Ballet Thinks Ahead 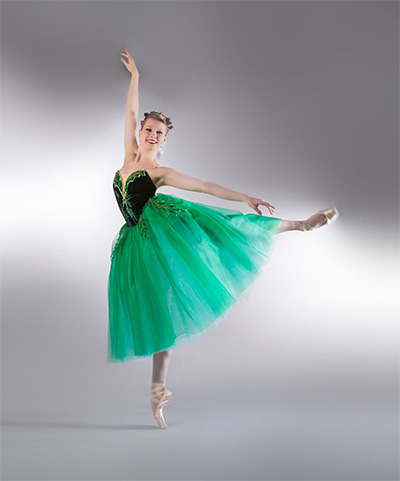 Avant Chamber Ballet’s 2017-18 season takes several steps forward. The programming includes Concerto Barocco, the fourth Balanchine piece the company has acquired the rights to perform, and the premiere of artistic director Katie Cooper’s Appalachian Spring, commissioned by Louisiana’s Rapides Symphony Orchestra. The season also features the creation of a new work for Avant by Bruce Wood Dance artistic director Kimi Nikaidoh, who approached Cooper about working together. Other than the Wood troupe, Avant is the only independent Dallas company that has managed to secure performance space in the Arts District for its entire subscription series, and no one else is using live music at every show. Its ranks have swelled to 20 dancers, with word spreading about what Cooper has accomplished in just five years.

In fact, she’s well into planning next season and even the one after that, hoping to produce an all-Balanchine evening, acquire another Christoper Wheeldon piece and secure the rights to works by other master neoclassical choreographers. That kind of strategic vision has vaulted Avant into the top tier of small Dallas dance companies in such a short time. “I almost feel like I’m looking back at this season already,” Cooper says in an interview at Park Cities Studios, where the company rehearses. “If somebody looks at our repertoire, it’s like a major company. We’re on the map. People know our name.”

The season opened last month with Cooper’s take on ballet’s holiday classic, which she calls Nutcracker: Short and Suite, performed annually at a Southlake church in a streamlined version that focuses on the piece’s essential dancing sequences. Next up is the start of the subscription series on Dec. 14-15 at Moody Performance Hall with A Ballet Christmas Carol, Cooper’s clever rewrite of the classic Dickens tale. Premiering last year, it turns Scrooge into a bitter old ballet teacher and contains some of Cooper’s most creative choreography to date.

Her Appalachian Spring then debuts in Alexandria, Virginia, on Jan. 28, Avant accompanied by the Rapides orchestra performing Copland’s original score for 13 musicians. “It’s beautiful, very expressive music,” Cooper says. “Not simple music, but it’s very danceable.” She’s not a big fan of the Graham version because of the toll that she remembers Graham’s vocabulary taking on her body. “It hurts so much. I know where it’s coming from, but when you’re a young dancer, you think, ‘Aren’t we supposed to have freedom? It’s modern dance.’ But there are more steps than in ballet and it’s so literal. It’s a ballet of its time for sure.” Cooper won’t re-create the storyline, though a bride and groom will still be at the center of the piece. “No set, no Shakers, no preacher in a hat. I was inspired by the Americana that Copland conveys so easily, a community of people striving for what we consider the American dream.” 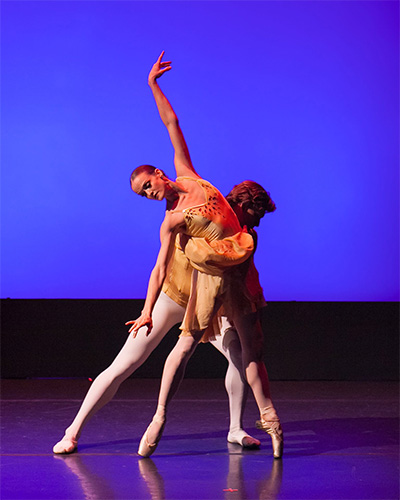 The work debuts in Dallas as part of Avant’s “Beauty and Bach” program at Moody on Feb. 17-18. Cooper is especially excited that it will be performed alongside Concerto Barocco, which she calls “the best ballet in the world.” Her company has a growing relationship with the Balanchine trust, having previously mounted Walpurgisnacht Ballet, Valse Fantaisie and Who Cares? The program also includes Aurora’s Wedding, the third act of Petipa’s The Sleeping Beauty, which also will be performed on the Louisiana program with Appalachian Spring.

Barocco is set to Bach’s Double Violin Concerto, each violin represented by a female dancer, “so you can see the music,” Cooper says. It will be staged for Avant by Nilas Martins, a principal dancer at New York City Ballet. “It’s a heavenly ballet, so ridiculously musical, and it really makes a company stronger. It teaches you how to dance as a corps de ballet. The corps doesn’t leave the stage for the whole shebang. Some of it is very fast and the angles can be difficult. There’s no room for error. After you get through it all, you feel like it’s such an accomplishment. It’s a huge feather in our cap.”

The season closes April 21-22 at Moody Performance Hall with the return of another Balanchine from the Avant repertoire, Valse Fantaisie, plus Paul Mejia’s Serenade in A and Wheeldon’s The American pas de deux. If the program sounds familiar, that’s because it was performed two years ago at the Dallas Symphony Orchestra’s Soluna Festival. Cooper wanted to bring the pieces back for a multi-night weekend run and because she has stronger dancers to perform them now.

Dubbed “Moving Music,” the shows will include the fourth year of Avant’s Women’s Choreography Project, which Cooper started to encourage female dance-makers in an arena dominated by men. She has known Nikaidoh since they shared rehearsal space in Fort Worth years ago. The Bruce Wood director, who generally works with a modern-dance vocabulary, was looking for an opportunity to choreograph a ballet piece. “Kimi is a beautiful ballet dancer,” Cooper says. “I jumped at the idea.” She also has selected New York-based choreographer Michelle Thompson Ulerich from more than 50 applicants who competed for the other annual Women’s Choreography Project commission. Ulerich danced at Ballet Austin for 14 years before taking a position teaching ballet at SUNY-Purchase last year.

Avant has attracted more experienced dancers this season, with about a third of the troupe new to the company. For the first time, Cooper also has tapped into the educational outreach programs run by the nonprofit Big Thought in Dallas schools. Her dancers are teaching in after-school programs in South and West Dallas, and their involvement could expand to school-day classes, weekend camps and campus performances, she says. In addition to expanding Avant’s Balanchine and Wheeldon repertoire, Cooper would like to add work by such choreographers as Justin Peck, Edwaard Liang, Jiří Kylián and Jerome Robbins. “Our main goal for the whole organization is to get our own facility for rehearsals and training,” she says. “Right now, we rely on the support of local schools to donate studio hours for our daily schedule. But we have outgrown those spaces and need to have our own home.”