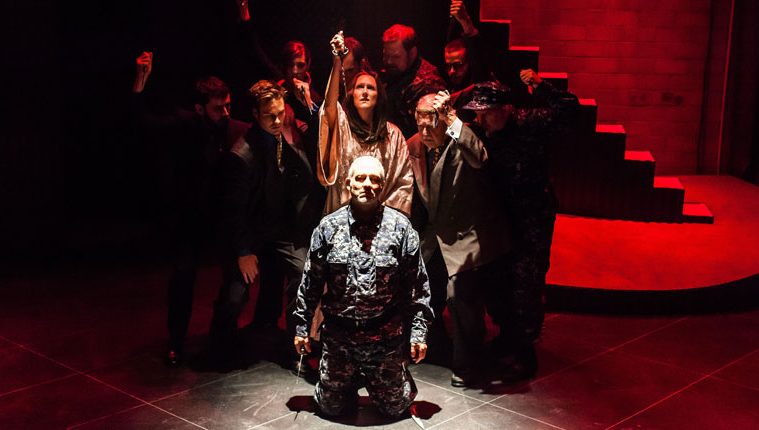 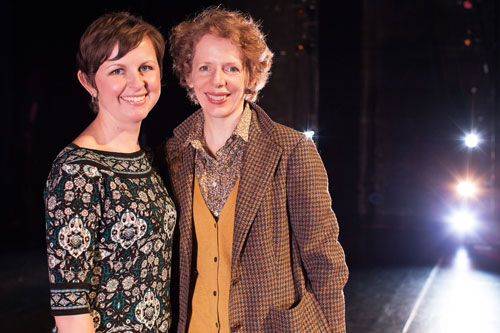 With the onslaught of trendy pop-up galleries, mobile exhibitions, and flash-mob art culture, some Houston’s arts organizations have had their fill of being on the move. Catastrophic, Stark Naked, and Mildred’s Umbrella theater companies, as well as Aurora Picture Show, Dance Source Houston, and Main Street Theater (MST) have each decided to hunker down in (one) place and enjoy the benefits that bricks and mortar provide. That’s a trend if ever I saw one.

The pros and cons of nomadic versus static come down to three things: location, location, location. It determines the cost of rent (or lack thereof), provides or prohibits access to facilities, and makes or breaks consistent audience cultivation. So what have these groups learned from their ramblin’ days?
While in residence at DiverseWorks Art Space’s industrial warehouse location, Catastrophic Theatre artistic director Jason Nodler explains that they had to coordinate (or cram) their productions into available time slots based on DiverseWorks’ program calendar. Not ideal for the times when Nodler wanted to extend the run of a popular show. Adding to the frustration was the company’s Menil campus office — a location where people often arrived mistakenly expecting to attend a theater performance.

They decided to streamline their operations and lease the warehouse space as their own once DiverseWorks relocated to a new home of their own. By taking up full-time solo residence — closing off the former exhibition space, building out the black box space, dressing rooms, offices, and lobby — Catastrophic is busy presenting their first full season and cultivating new audiences in one location they can now call home.
Mildred’s Umbrella and Stark Naked theater companies have also taken over a space that was previously inhabited by another arts organization —- Studio 101 at Spring Street Studios, formerly used by Misha Penton and her company Divergence Vocal Theater.

Mildred’s Umbrella was nomadic for ten years, having to rely on venue availability throughout the city to dictate what performances they could do. Their audiences, like those of Catastrophic, experienced confusion about where to go for performances, often arriving where they had seen the company perform previously. Not surprisingly, attendance and programming has been more consistent since the company settled in Studio 101.

The nomadic lifestyle also worked against Stark Naked Theatre, specifically concerning their commitment to pay actors and artists a living wage and to adhere to a particular aesthetic of acting. Studio 101 has helped changed that.

“Being in one place means that we have a set rent so we can budget for that cost accordingly, which allows us to work faster and more efficiently toward our goal of paying our artists,” says Tobin.

Tobin says that trying to anticipate what surprises were lurking at each location and scrambling to find last minute necessities monopolized precious rehearsal and production time. Frankly put, these arts organizations ended up making site-specific work, whether they intended to or not.
Aurora Picture Show knows all too well about (intentional) site-specific programming. After just more than a decade residing in a former church, Aurora became a nomadic organization from 2009 to 2012. In June 2012, they began leasing their current Bartlett Street venue, the former studio of artist Molly Gochman.

While “homeless,” Aurora partnered with numerous organizations, expanding their audiences by offering site-specific and thematic programming. Magsamen remembers these nomadic days fondly but with seasoned perspective, saying,  “I love that time of being nomadic, but I don’t really miss it. We always have the option to do site-specific projects and now we know how to do it really well!”

The varying unpredictability of sites, questionable power sources, and impending weather were major concerns for Aurora staff during their ramblin’ days. They rarely had a back-up venue and staff quickly became amateur meteorologists, not to mention veteran cinema arts roadies.

“Working nomadically had many rewards, but it did have a huge impact on staff. We were constantly loading in and out heavy and expensive equipment, which in the heat of Houston, was exhausting and back-breaking,” says Magsamen.

Executive Director Sarah Stauder describes Aurora’s current home as neither a formal cinema nor a “white cube” but rather a large and flexible space (the Media Arts Center) which enables them to present a wide range of film, video, and education programs in an environment that is both non-intimidating and socially engaging. Air conditioning included.

Dance Source Houston (DSH) is also excited about inhabiting a multi-use space. After years of playing the nomad’s role — working from laptops and executive director Stephanie Wong’s dining table, as well as the Houston Arts Alliance’s Resident Incubator Program — DSH is settling into their new location at Barnevelder. The downtown building is a fully-equipped dance facility and theatrical performance venue, previously home to Suchu Dance Company.

Holly Haire and Philip Hays in the Classical Theatre Company’s production of Tartuffe at Barnvelder.
Photo by Kyle Ezer.

Wong and her DSH staff are working intently to advance and support the form of dance in the community which includes stepping in to make sure Barnevelder stayed open when Suchu Dance vacated. Many Houston dance companies use the space to develop work and Wong couldn’t imagine cutting off that resource.

She describes the Barnevelder building as a kind of “co-working space for dance companies,” allowing DSH a bird’s eye view of attendees, trends, and gaps, so they can see how they might better serve the dance community.

Although MST has been settled into their Times Boulevard space for decades now, they lived with uncertainty in the form of a “for sale” sign in front of the building. They took the ultimate location commitment plunge by purchasing the building and launching a three million dollar capital to renovate. With big plans to make this intimate space more audience and actor friendly, MST moves toward their fourth decade with deep roots in Houston. The space is part of the DNA of the organization. “The Times Boulevard theater was literally created by the Main Street company by hand,”Rebecca Greene Udden, MST’s executive artistic director. “Nearly every bit of construction of the original buildout was done by the folks who were going to use it. It is our theater in so many ways. It will be such a homecoming to be able finally to give the company the theater we always dreamed of.”

While being unfettered may seem liberating, and sometimes necessary, these arts groups have learned that it robbed them of a sense of pride through too many conversations about the “where and why” of being nomadic rather than the “who and what” of their productions and programs. Constantly clarifying their whereabouts was taking away from the real work they were doing.

And that work, my roving readers, is something to write home about.

—NANCY ZASTUDL
Nancy Zastudil is an itinerant curator who can’t seem to stay away from Houston.