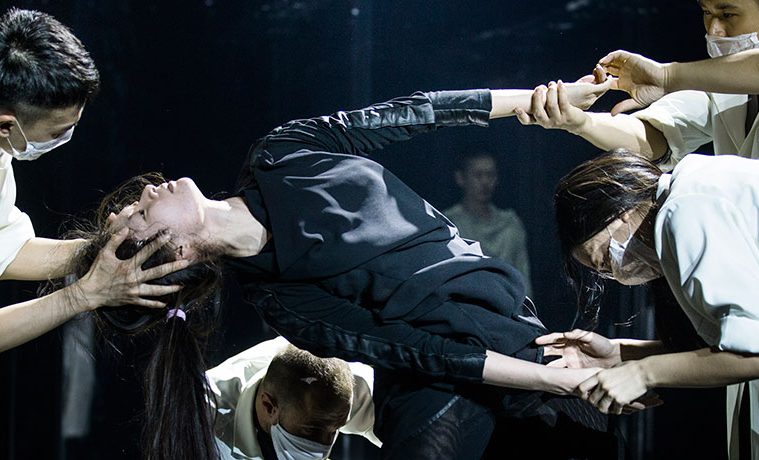 HOUSTON—Houston Ballet’s mixed reps are a terrific chance to see the full range of these terrific dancers and Stanton Welch has put together a rich program that gives the company an opportunity to flaunt both their contemporary and their classical chops. From March 12-22, Houston Ballet offers Modern Masters, including George Balanchine’s Ballo Della Regina, Nacho Duato’s poignant Jardi Tancat and an examination of ballet itself in Harald Lander’s technically demanding Etudes. 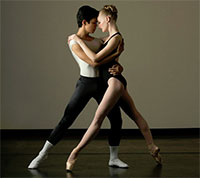 SAN ANTONIO—There’s more “Mr. B” at Ballet San Antonio’s Balanchine on March 27-29 at the Tobin Center for the Performing Arts when the company performs the great choreographer’s Donizetti Variations, last performed by the New York City ballet in 2011, and a first for this young company. The evening will also include new work by Ballet SA’s Artistic Director Gabriel Zertuche. And don’t miss Ballet in the Park on March 14 at Travis Park in downtown San Antonio.

HOUSTON—FrenetiCore Dance goes steampunk for Dancing with the Machine, an original dance narrative with a story by Adam Castaneda and choreography by Rebecca French, on March 27-April 4 at Frenetic Theater. Set to the music of Graham Reynolds’ A Difference Engine, with a set by Dave Brown and costumes by Ashley Horn, Dancing with the Machine promises to be “a story of hope, perseverance, and the courage to fight evil in the face of adversity.” 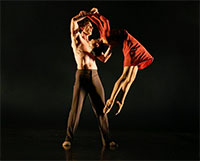 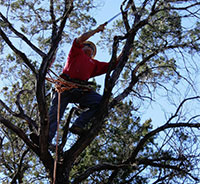 AUSTIN—Allison Orr’s The Trees of Govalle, a dance for the trees and the employees of Austin’s Urban Forestry Division, is part of FUSEBOX’s initiative thinkEAST, April 11 & 12 at 8PM at Govalle Park in East Austin.  Inspired by the daily movements of those who care for the trees, The Trees of Govalle will take place around a noble pecan tree in Austin’s Govalle Park. Orr also incorporates stories from the Govalle-Johnston Terrace Neighborhood. The Trees of Govalle also features original music composed and performed by Orr’s frequent collaborator, Graham Reynolds. 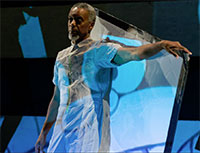 Dean Moss in johnbrown, which will be
performed as part of CounterCurrent 2015 on
April 17 & 18 at DiverseWorks.
Photo by Ryutaro Mishima.

Dean Moss at DiverseWorks and CounterCurrent 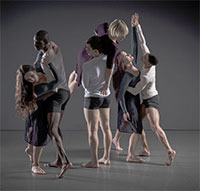 METdance in The Vessel.
Photo by Ben Doyle.

HOUSTON—METdance joins forces with Apollo Chamber Players on April 10 at Wortham Center for something entirely different for this sassy troupe, a diverse program of dance and live music played by the standout musicians of Apollo Chamber Players. The program includes a world premiere by New York based choreographer Jessica Hendricks and Kiki Lucas’s re-staging of The Vessel, set to music by Ben Doyle.

Tapestry and more in ESPRIT!

AUSTIN—Rhythm is a global thing, according to Acia Gray of Tapestry Dance Company. Tapestry joins forces with Anu Naimpally, Zein Al-Jundi, The Irish Dance Company, Love of China, The Lannaya African Drum & Dance Ensemble and more for Espirit, a celebration of world peace and the rhythm of life, April 16-26 at The Long Center.

A Dance Blast at the Austin Dance Festival

AUSTIN—Kathy Dunn Hamrick knows how to put on a festival. Organized by the folks at KDH Dance, the Austin Dance Festival showcases the work of 24 dance companies and independent choreographers on April 18  at AustinVentures Studio Theater in Austin, Texas. This is a one-day blast of dance, with over a 100 dancers participating, many from outside of Austin, too, and simply a great way to catch up with contemporary dance in Texas. 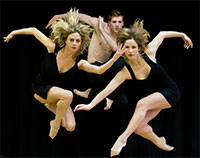 DALLAS—If you are not entirely sure what contemporary dance is all about, you will have a much better idea after attending Parsons Dance on April 25, presented by TITAS. The company may bear its founder’s name, but expect a diverse program with works by Trey McIntyre, Robert Battle, Natalie Lomonte, and of course, David Parsons. And yes, they will be performing his signature stunner, Caught, where a solo dancer appears to be “caught” in mid-air during most of the dance with the help of a strobe light.

NobleMotion and Musiqa team up
for Tonal Impact.
Photo by Lynn Lane.

HOUSTON—Musiqa and NobleMotion Dance join forces once again in Tonal Impact, an evening of music and dance at The Hobby Center’s Zilkha Hall, on April 24-25, with original compositions by Pierre Jalbert and Marcus Maroney, along with a light and technology installation from Jonathan Kinsey and David J Deveau.