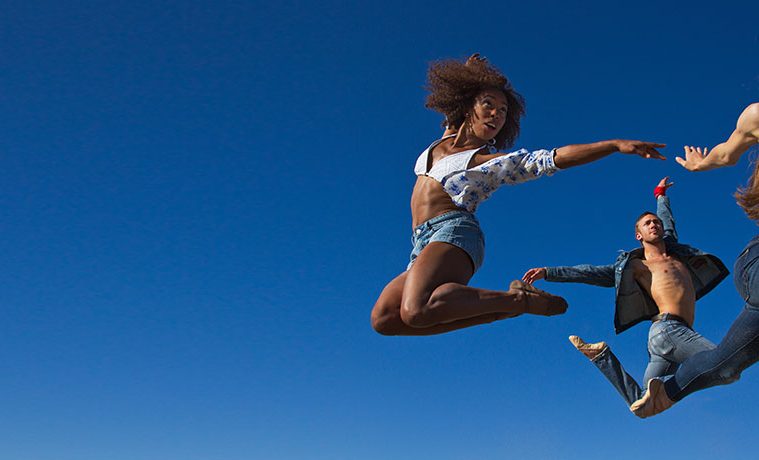 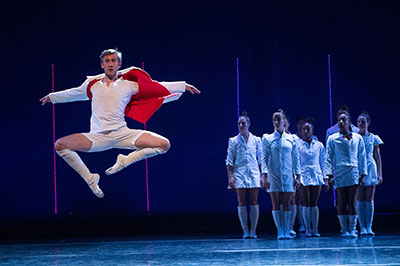 My annual trek to the nation’s great dance mecca, Jacob’s Pillow, is never without a little Texas love, which started with Trey McIntyre’s big good-bye. What better way to end a dance company than rocking out to Queen?  Trey McIntyre Project’s ended it’s brief but storied adventure with Mercury Half-Life, a high octane tribute to Freddie Mercury, including all your favorite Queen songs and more. We should all go out with someone screaming, “We are the champions.” These dancers were that and more.

Alright, alright, McIntyre is not from Texas, but the dance rock star who decided to end his dance company has some serious Texas roots. “I was born as a choreographer in Houston,” he told me a few years back in a story about his delightful story ballet Peter Pan, created for Houston Ballet and revived two seasons ago.

And indeed, McIntyre developed his early choreographic chops right here in Houston, setting several works on Houston Ballet during his time as a dancer with the company and choreographic associate. McIntyre is ready for his next big adventure in film and photography. He is currently wrapping a new film, Ma Maison, which chronicles his collaboration with the legendary Preservation Hall Jazz Band. He’s also making a documentary about his extraordinary company. 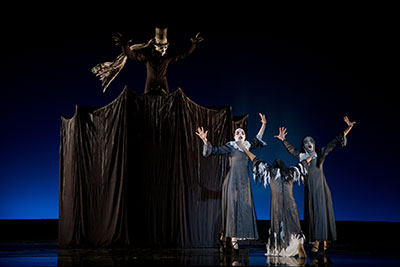 It’s also good to keep in mind that the man is still making new dances. The solo from his newest piece, The Accidental, recently premiered at Pennsylvania Ballet, heads to the Vail International Dance Festival on July 27-30.

The first piece on the program, The Vinegar Works: Four Dances of Moral Instruction, was inspired by the work of the wickedly witty author and illustrator Edward Gorey.  How clever to say farewell with a wink in choosing to pay tribute to an artist who gave death such a whimsical spin. I appreciated getting reacquainted with Gorey’s work before Alley Theatre’s Dracula, Oct. 8- Nov. 2, which features his iconic set and costume designs.

Still, it’s difficult to watch a dance company make its last move, even when its the best choice for everyone. It was hard not to weep when the company walks straight at the audience while Freddie Mercury bellows, “This is our last dance,” and even harder to watch the very end, where the dancers stomp arm in arm, in silence, facing upstage, marching into their futures.

Hubbard Street Dance Chicago sure doesn’t sound like a Texas company, but it’s sure run by one. Artistic director Glen Edgerton hails from the lone star state, and has the swagger to prove it, as do his fabulous dancers, who will be making a stop in Austin through Texas Performing Arts on Jan. 29. 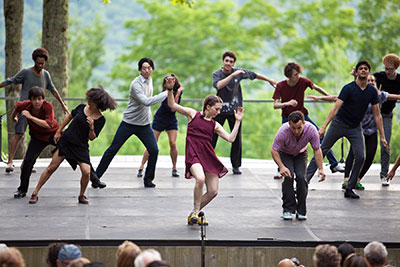 We wish tap legend Dianne Walker was from Texas (are you sensing a pattern here?), but the magnificent “Lady Di” sure loves our state. She popped into the Pillow to teach at the Tap Program at The School at Jacob’s Pillow  in between Tapestry’s Soul to Sole  festival in Austin and The Third Coast Rhythm Project in San Antonio. It was Walker who informed me that two of the tap students, Jeremy Arnold and Avalon Rathgeb, will be moving to Austin to join  Tapestry later this summer. They are fabulous dancers, so mark your calendar for Tapestry’s first show Soul/Sole Connections, Oct. 31 – Nov. 2 at The Long Center/Rollins Theatre. 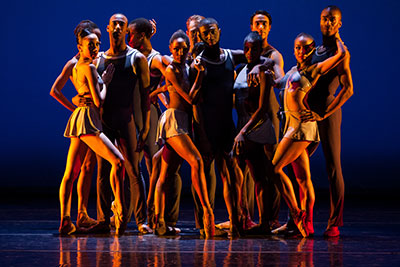 Two Ballet Austin New American Talent alums, Thaddeus Davis and Thang Dao were also represented at the Pillow. (Dao created Quiet Imprintfor Ballet Austin II, which chronicled the Vietnamese diaspora in Texas, while Davis created The Monologue Project.) Dao created a new work on the contemporary students and Davis co-choreographed Past-Carry-Forward with Tanya Wideman for Dance Theatre of Harlem. And wouldn’t you know it, DTH is on their way to Houston for a Miller Outdoor Theatre show on July 23, with two Texas dancers in tow, Houston native and Houston Ballet II alum Dustin James, and Lindsey Croop from Midland. 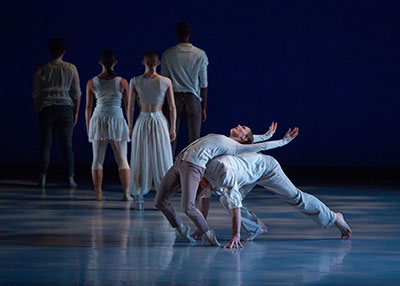 MET Dance in Lauren Edson’s After the Rain. Photo by Ben Doyle.

Sadly, I will miss the last Texas sighting at the Pillow when MET Dance takes the Inside/Out stage on Aug. 23. I was here as a scholar in 2012 during company member Lauren Edson’s final performances with TMP. She was ready to strike out on her own as a choreographer. I met with Edson while she was here and suggested that she contact the MET. She did, and the MET invited her to create After the Rain, which will be performed on the Pillow’s glorious Inside Out stage. Oh, how I love a good Pillow story, especially when Texas is involved.