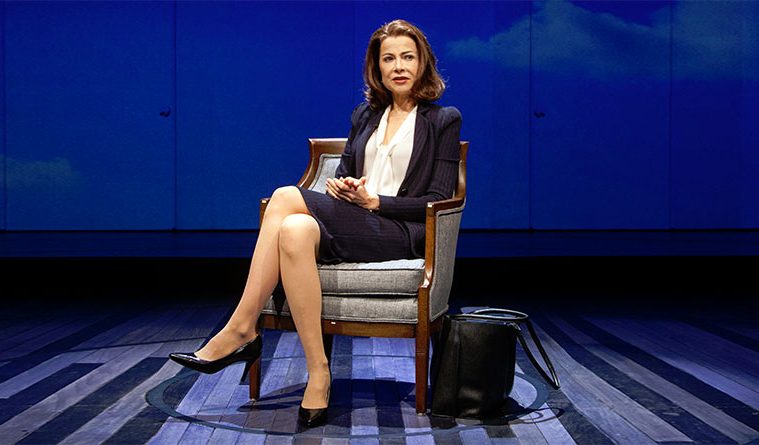 Tumbling Through Time and Memory: Sharr White’s The Other Place at the Alley Theatre

Josie de Guzman as Juliana in the Alley Theatre’s production of The Other Place.
Photo by John Everett. 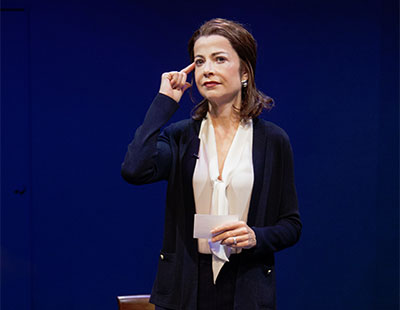 Josie de Guzman as Juliana in the Alley Theatre’s production
of The Other Place. Photo by John Everett.

Somewhat lost amid all the hullabaloo and celebrations surrounding the Alley Theatre’s grand reopening and the major renovation of the Hubbard Stage was the little-fanfared return of performances to the smaller Neuhaus Stage, where many of the Alley’s more quirky and contemporary play picks are placed each season.

An intriguing choice for their first production back into that more intimate space, comes Sharr White’s The Other Place (through Nov. 15), a kind of memory play featuring a woman who is both lost in and losing her memory. In the beginning of the less than 90 minute delve into a mind adrift, it will likely be audience members who feel disoriented, as neurologist Juliana Smithton narrates her own story.

Josie de Guzman plays Juliana as a women in steely control of herself and her surroundings, from every strand of hair on her head to the perfectly timed jokes she tells while delivering a talk on the drug she’s promoting at a seaside medical conference. That control only breaks when she spies a strange trespasser sitting in the lecture hall, a girl in a yellow bikini.

Juliana appears to have such power over every situation that we at first trust that her perceptions must be reliable as we jump back and forth from her medical lecture to a doctor’s office, where she seeks help after experiencing a mysterious mental episode while at the conference.

She probably has brain cancer. Her husband is cheating on her, and her daughter is finally ready to forgive her for a break in their relationship that happened years ago. These are the facts of the situation that are established early on, but then all of this is almost immediately brought into question as Juliana’s husband Ian (John Jellison) acts bewildered at her accusations, while her daughter greatly resembles her new doctor (both played as two distinctly different characters by Ashley Austin Morris). It becomes hard for both Juliana and the audience to get their bearings as she tumbles through time and memory, taking us with her. 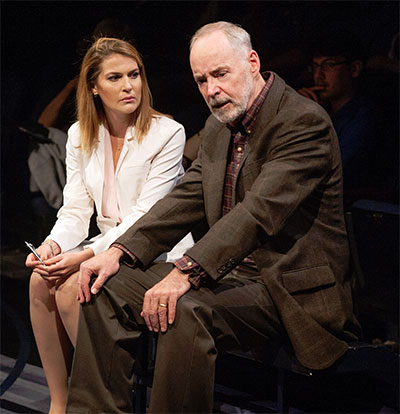 (L-R) Ashley Austin Morris as The Woman and John Jellison as Ian in the Alley Theatre’s production of The Other Place. Photo by John Everett.

The first half of the play makes us question what reality really is when, like all human beings, we have to filter that reality through the subjective mind, especially one that is failing. Yet strangely, as the play brings in other points of view to counter Juliana’s skewed perspective, as it begins to put together for us the puzzle pieces that are Juliana’s past, The Other Place also loses some of its narrative focus. For a relatively short play, there are a bit too many stories happening.

The multiple dramatic ironies of a neurologist–a former researcher who has become a saleswoman for a drug company–losing cognitive prowess become secondary to the reveal of a daughter-in-jeopardy plot that in a lesser playwright’s hands could easily be a Lifetime movie of the week. White usually avoids the too-easy emotional payoff such a cheap melodramatic plot could buy when he makes Juliana’s deterioration the real tragedy of the story.

The production design elements and performances under Don Stephenson’s direction also do much to bring the play’s focus back to the pain and ugliness that brain diseases like dementia can bring into a family. De Guzman portrays Juliana as a vicious bitch one moment, vulnerable soul the next. In good counterbalance, Jellison gives Ian hints of volatile frustration under his overall kind demeanor.

For many years now, the real scene stealers at the Alley have been the artists designing those scenes, and scenic designer Michael Schweikardt, lighting designer Stephen Terry and projection designer Sven Ortel make The Other Place stage no exception to this Alley tradition. A lightness and ethereal quality pervade the minimal set, further enhancing the memory and mind themes of the play. Even the blue stained wooden floor with half circle inlays seem to reflect the interior mental maze that Juliana finds herself lost within.