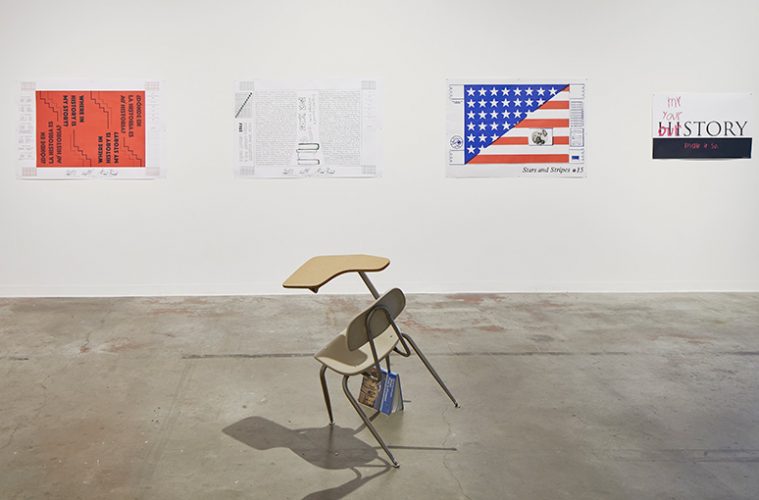 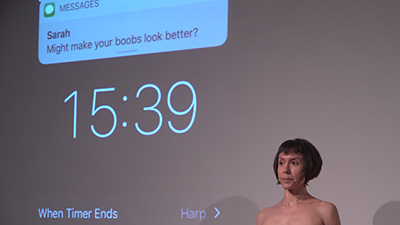 Julia Barbosa Landois and I sit under the marginally-less sweltering awning of a Houston coffee shop on one of the first truly furnace-like days of the year, discussing her fears. When it comes to making her work, the multidisciplinary artist says, “I’m always afraid that this isn’t a good idea or that if it is, it’s my last good idea.” The words come as a stream and then she pauses before adding, “I’m terrified of climate change.”

Landois is exhibiting this summer at both the Contemporary Art Museum Houston in a show called Right Here, Right Now: San Antonio (she lived in the Alamo city before relocating to Houston just a few short weeks before Harvey), and at MASS Gallery in Austin in conjunction with fellow University of Pennsylvania alum Jamal Cyrus. She is also one of the 2018-19 participants in Lawndale Art Center’s Studio Artist Program. Over iced coffee, Landois gently unwraps a series of fresh prints she’s been working out at Burning Bones Press, simultaneously explaining how they relate to the Doomsday Clock—a metaphorical measurement of how quickly our species is hurtling toward nuclear war by those in the know. “It’s from the Bureau of Atomic Scientists, a clock that tells us basically how close we are to, well, Doomsday. They started including climate change.”

The prints are reproductions of Jan Brueghel the Elder’s lush representations of the natural world. She superimposed a graphic layer of silkscreen reading,  “Oh ____, it’s almost midnight.” Landois intends for viewers to participate by filling in the blank. It’s a joke that reveals as much about the participant as the artist, and it’s in tune with much of Landois’ work. By turns funny and poignant, her boldest pieces humanely dismantle the notion of the viewer as a passive bystander. She allows us the release of humor, but that doesn’t mean she’s going to let us get away without some self-inspection. 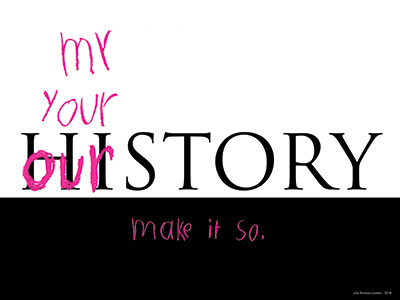 A case in point is her collaborative exhibition with Jamal Cyrus, titled Regional Fictions. “It’s a literary term, like Faulkner or Flannery O’Connor.” She and Cyrus have created works that borrow heavily from the aesthetics of the public school classrooms of their childhoods. There are works that borrow from source material such as foldable textbook covers and the food pyramid. “We wanted to use that to talk about growing up in Texas,” or rather, “the fictions you learn as a student growing up in Texas.”

One piece layers the words “settler and thief, built and destroyed, the first and the latest,” using primary colored transparencies thrown upon the wall by a sturdy dinosaur of a projector. The resulting jumble of text reveals the obfuscatory nature of the seemingly innocuous lexicon of American History. One of the artist’s personal favorites from the show is a readymade: a lunchbox and thermos from a now-defunct manufacturer of processed white bread conspicuously named Colonial. “White bread—it’s not nutritionally dense. It’s kind of become poor people’s food.” The layers of meaning in this work stack so neatly that the piece feels custom. But Landois adds, “Ebay is a great source for weird historical items.”

The critiques raised in Regional Fictions extend beyond the gallery walls. As a mother herself, Landois has learned that the echoes of the colonialist tradition die hard, even in a “majority minority” state like Texas. Landois admits, “In San Antonio, I became a pariah of the PTO because I opposed this yearly ‘powwow’ at my daughter’s school.” The artist has paired with groups like San Antonio’s Decolonizing the Classroom and Youth Rise, which advocate for a reorientation of the historical narrative away from Eurocentrism and toward a richer, more inclusive perspective. 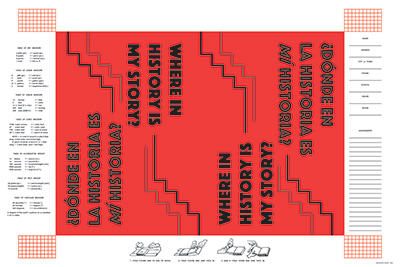 For an artist whose activism integrates so seamlessly with her work, it is fitting that Landois often operates in the realm of performance, further blurring the boundary between art and life.  Initial attempts in graduate school were met with puzzling suggestions by male colleagues: “Oh, well you should do that naked!” Landois elaborates, “We’re so inundated with images of young women’s bodies.” Years of experience plus the purging effect of childbirth have morphed her relationship to the self-as-medium. Given the art world’s problematic relationship with the female form, she asks, “What does it mean to have a ‘mom body?’”

Landois’s latest performance at the CAMH was a meta send-up to all of the tropes associated with female performance artists, described by the museum as “contrast[ing] the banalities of parental life with the performance artist persona, using a smartphone as mediator and monkey wrench.” Landois enumerates the expectations of performance art, saying, “There are a lot of stereotypes… if you’re a woman, you’re gonna get naked, you’re probably going to say something about your vagina.” As with every long-maintained misconception, Landois is sanguine—ready to cheerfully deconstruct institutions or stereotypes that do not suit her. “Now that I’m a little more removed I can control the narrative of what my body’s supposed to be saying in that situation” she notes; and, characteristically, “I can laugh about it.”