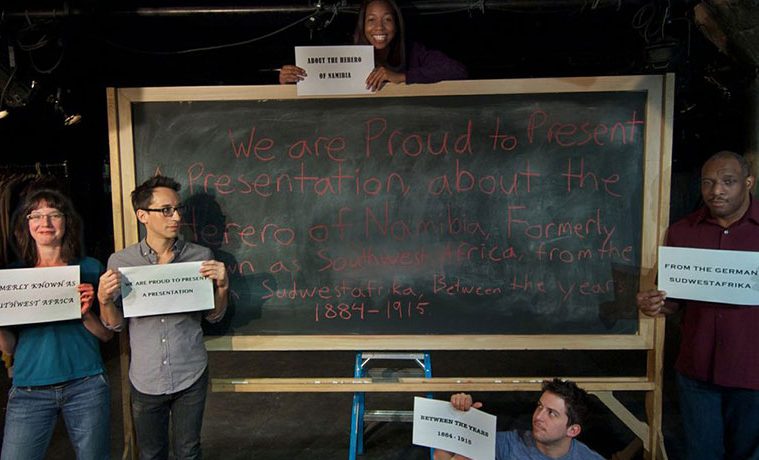 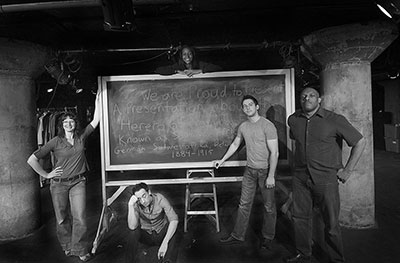 And the Herero, for those who don’t know, were an ethnic tribe in Namibia, brutally slaughtered by colonial Germans in the early 1900s in what has been called the first genocide of the 20th century. 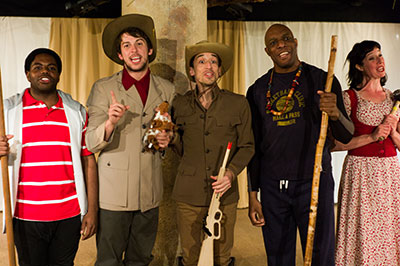 Director Dylan Key and the Undermain artistic team have had their eye on Drury and her work for some time, and after reading the script for We Are Proud To Present A Presentation…, Key said the decision to produce the play in Dallas was a no-brainer. Drury’s fascination with the musicality of everyday language and her obsession with the collaborative act of theater meshes well with Undermain’s mission, which focuses on the production of challenging, innovative theater with a special interest in language-driven work.

After several initial attempts at creating a play about the Herero, which Drury has publicly admitted were “horrible,” she went back to the drawing board, and the result was the play in its present form: a meta-theatrical examination of Drury’s own failed playwriting experiences, portrayed using a troupe of actors, including Pitts, attempting to stage their own play about the Herero.

But instead of a play about the Herero, in We Are Proud to Present… the Herero become a device Drury utilizes to force an encounter with race, history and even the role of theater in our culture. 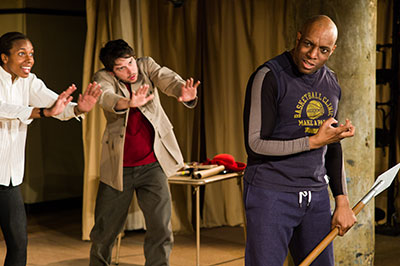 The actors in Drury’s play go through what Pitts calls the “arc of discovery and creation,” which is a good summation of the play’s action. The narrative switches back and forth between the research, rehearsal, and writing phase of creation and the troupe’s actual presentation of the end result. Undermain’s unique performance space, with set design by Robert Winn, will be organized into the stage and the rehearsal space, so the audience can make easy sense of the transitions.

In a play about actors and a director creating a play, Pitts and Key both agree the characters feel real. According to Pitts, the play is a confluence of characters anyone who has ever been in a meeting or organization will recognize; all of the stereotypes are there, along with the inevitable conflict. While Drury’s play lightly satirizes the collaborative process of writing and performing, it still feels authentic. “It’s a lot of identifying and reinterpreting of our experiences and using them to create a character,” says Pitts, a task actors perform in preparation for any role.

Apart from the inevitable conflict arising from collaborative creation, the play with a play’s subject provokes plenty of racial conflict for the actors to come to terms with as well. 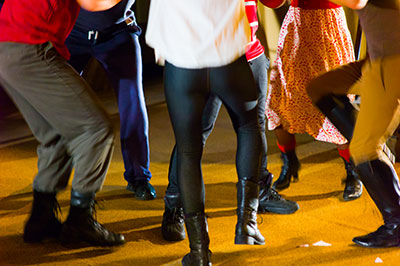 The little-known story of the Herero and their brutal murder by German colonialists forces us to question our educational system, and ask ourselves, as Pitts put it, “Why am I learning it this way?” Drury forces her actors to confront that question head-on as they explore the confusion historical revisionism can evoke, a confusion complicated for the black actors who, as Pitts explained, know the genocide was important but have to struggle to identify with the Herero without a true sense of ownership. And what about for the white actors? What kind of cognitive dissonance might result from empathy with the German colonialists?  And does that empathy exacerbate any initial feeling of white guilt, and thereby racial tension, the characters already feel?

Drury’s innovative approach to telling a difficult story about identity and history, just like the Herero, doesn’t have a happy ending. But, in the end, perhaps that’s what honestly owning up to history consists of: Accepting the disconcerting fact that everything isn’t okay, because after all it isn’t.