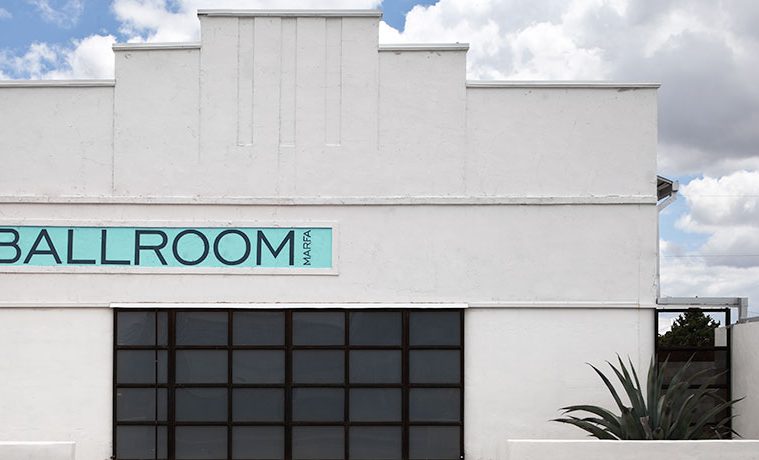 Uniting past, present and future

Ballroom Marfa refuses to leave Marfa’s history in the dust

No matter where you’re coming from, if you strike out for Marfa, get ready for a hike. 429 miles west(ish) of Austin, 192 miles southeast of El Paso, and a whopping 600 miles due west from Houston, with vaulting mountains, endless horizon lines, and a solitude all its own, the drive to Marfa is an apt metaphor for the city’s history.

Marfa was founded in the 1880s as a water-stop for railway travelers heading west; the town’s growth ebbed and flowed with the rise and decline of the railroad industry.

In 1956, the film Giant, starring Elizabeth Taylor, Rock Hudson, and James Dean, was made in Marfa. The film, already destined for notoriety, was to be the last of James Dean’s acting career. The legendary film star was killed in a car accident shortly thereafter. While not the first film to be shot in Marfa during the 1950s, Giant certainly channeled the public’s attention to the tiny town in Presidio County.

That fact notwithstanding, the legacy that has come to endure in Marfa begins with the contemporary minimalist American artist Donald Judd. Judd retreated from New York City in 1971 to Marfa’s open deserts, and brought with him a new chapter in the city’s history. His influential acquisition of the Fort D.A. Russell, which was later to become the Chinati and Judd Foundations, would spark the development of a cultural scene in the town. Though the artist passed in 1994, the city’s current installations and galleries owe their very existence to Judd’s vision.

It’s also not a stretch to say that Judd and his work were the primary drivers of the city’s rather unpredictable and rapid gentrification in recent years. From the Huffington Post to local media, Marfa has endured years of scrutiny as rural locals struggled to find a role, if not more largely a stake, in this new artistic oasis. Marfa is now attracting both the creatively inclined and the elite, forgoing its legacy of ranch hands and cowboys in favor of aging baby boomers scouting a second home. Luckily, some of the city’s more contemporary partners, like the preeminent Ballroom Marfa, are looking to blend both new and old as they consider the city’s future. 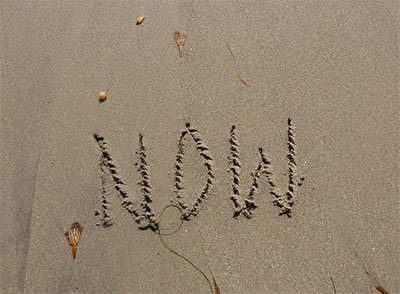 Ballroom Marfa opened in 2003, founded by Virginia Lebermann and Fairfax Dorn, and launched itself as a cultural arts space which supports “visual arts, film, music, and performance.” While boasting a 12 year tenure, it’s only recently that Ballroom Marfa has become more inclusive with its varied interests. Which is to say, you know those visual arts, film, music and performances? They’re coming together like never before, and in a way that is more referential and reverent to the city’s heritage.

This direction was brewing within the gallery’s programming for years. In 2011, Ballroom Marfa partnered with El Paso’s Chalk the Block initiative to host the commissioned video work from artist Teresa Margolles, Irrigación, which featured West Texas and the growing controversy regarding America’s border patrol. The gallery offered Marfa the spotlight again in New Growth (2013, Rashid Johnson). Though Johnson explores themes of ancestry and multiculturalism, his collection is coincidentally set in a desert landscape. An emphasis began to emerge: Gallery shows needed to have elements that spoke to Marfa specifically.

This momentum continued with 2014’s Sound Speed Marker. The exhibition featured three video installations from Teresa Hubbard and Alexander Birchler. The show’s piece Giant, commissioned exclusively by Ballroom Marfa, depicts a decaying set from the eponymous film. It buzzes quietly with desert animals moving throughout the skeletal beams, which creak and moan against the landscape’s unforgiving conditions. Giant helps anchor the rest of Sound Speed Marker by asking the fundamental questions: How could such a sleepy town experience a meteoric rise to recognition, not once, but twice? And was that even a good thing? Hubbard and Birchler wove together narratives that were so specific to Marfa and West Texas that an undiscerning eye might consider their work to even be documentary in nature.

Ballroom Marfa hopes to maintain this new trajectory with the appointment of several new staff members. In February 2015, Ballroom Marfa announced that Laura Copelin would become the new associate curator, following a four-year stint at the Santa Monica Museum of Art in California. In a statement to ArtNet, Copelin claimed that her original compulsion to work in Marfa occurred after seeing both Prada Marfa and Hello Meth Lab in the Sun, which she described as “works that resonated far beyond West Texas and yet felt like they could have only happened in this sublime, singular landscape.” Copelin’s first task? Launching new work from Sam Falls this March.

Sam Falls features work created during the artist’s residency in Marfa in July of 2014. The exhibition, which will be on view at Ballroom Marfa March 13-Aug. 16, touts an impressive body of media including sound, video, and site-specific work that will be installed to react to the desert’s erratic weather patterns. It is a show that promises to link Marfa’s old-world beginnings with its 1970s heyday while pushing the city’s identity forward. This conjoined Marfa mythology celebrates the city’s rural, blue-collar history while giving the city a better chance for survival, beyond the galleries and sophisticated bohemian hotels that have come home to roost. Ballroom Marfa is helping artists paint a holistic portrait of the town it calls home.

Like any good cowboy, Marfa and its heritage will not go down without a fight, and on the city’s front lines are institutions like Ballroom Marfa. The gallery has always attracted international attention, but with a new staff and mission in place dedicated to telling the multidimensional narratives of Marfa, perhaps audiences will not see the town as a malleable entity to be apprehended, but as the uniquely dynamic city that it is.