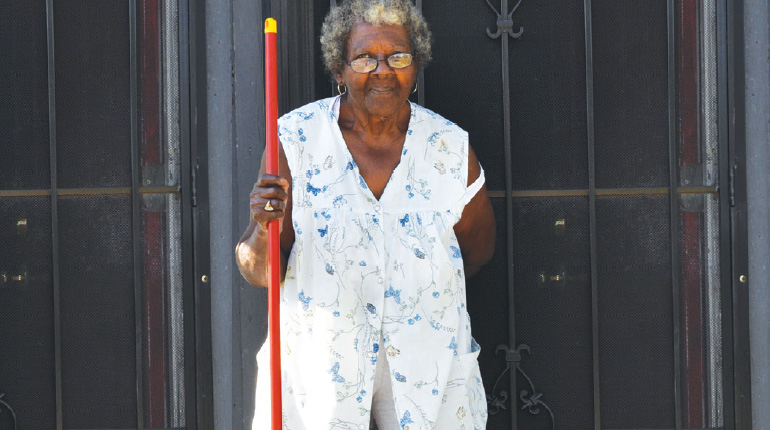 You hear people say Houston is a hard city to love. But, it’s also a hard city to see. When you imagine Houston, at times it is difficult to conjure an image outside of shopping centers and pavement. Maybe that’s why when people pick up Houston It’s Worth It (HIWI) off your coffee table, they have trouble setting it down.

HIWI was born of a blog created by Houston-based public relations firm Tweak. Creators Randy Twaddle, David Thompson and the Tweak team began with the biblical sounding 20 afflictions (The Humidity, The Flying Cockroaches, The No Mountains) and asked people to respond “why Houston was worth it to them,” says Thompson.

Peeling through the pages of the original HIWI book is like discovering hidden treasure, the photographs and quotes project a more nuanced version of the city than we are used to.  As a PR campaign, HIWI is loose. The submissions are from all kinds of folks. The photos aren’t too polished or artsy. What they do, is reveal parts of Houston’s anatomy that we typically don’t see, helping us see beyond all our tempered glass and steel. To mark Rice University’s upcoming 100th anniversary, Tweak is asking Houston to contribute their experiences again.

Thompson reflects, “ Is Houston a tourist destination? I personally don’t think it should be framed that way.” Which begs the question, how do we frame this city?

This is a question I have been thinking about since 2006 when I took a collaboration class sponsored by the University of Houston’s Mitchell Center for the Arts. Taking our group inspiration from Calvino’s Invisible Cities and Ellison’s Invisible Man, Phillips’s A Humument and Turchi’s Maps of the Imagination, we set out to grant Houston dimension through what we called The Houston UnMapping Project.

Our collaboration documented a bus ride from Westheimer and Dunlavy, through the East End to the Ship Channel, and back to the southwest side. Riding the line to the very end, we got off and waited for another bus to take us back. We spoke to people, witnessed arguments, looked out the windows, filmed, stared and wrote. Through the bus window, I saw international grocers, taquerias, bright orange walls, long stretches of telephone wire slicing into the sky, and miles of terminal where hundreds of buses stood patiently like waiting cows. The ride opened my eyes. Despite living in Houston my whole life, the city rose before me as unfamiliar. I realized I hadn’t even begun to scratch the surface of Houston.

I found myself longing to challenge Houston’s visibility–its representation–from the outside and from within. Our UnMapping Project seemed like a revelation at the time, but it was a short flash in a long line of artists attempting to dimensionalize Houston.

Local writer and artist John Pluecker infected me with the idea of creating a set of Houston cronicas, a South American genre of short stories that describe daily life in the particular neighborhood. In places like Brazil, local governments hire writers to create cronicas, in hopes of enhancing the mythology of the city.  (Plueker’s Antena Books: Pop-Up Bookstore and Literary Experimentation Lab runs through June 24 at Project Row Houses as part of Round 36.)

Houston artist, Carrie Schneider’s project Hear Our Houston comes very close to accomplishing the work of a cronica, as it requests the public to contribute their own walking tours. Individuals can go to the website and upload their own images, map and mp3 of their tour.  The tours document places in Houston through the lens of personal significance. Schneider has been working on the project since 2011 and feels her work is a product of Houston’s geography and culture that produce a specific strain of “independent, mischievous devil-may-care projects.”

“Houston itself is ephemeral,” Schneider admits. “The climate makes things mildew and fade and there’s no zoning. We were built on a swamp, so that’s not so permanent. Houston is efficient at moving people around…it’s this relentless copy and paste….You won’t find the best places to be by reading signs or looking it up. You really have to know somebody…. That makes things under the surface.  That’s why it’s not as tapped out as Austin, because we are still a little bit covered up. That makes it more real.”

Listening to the walking tours, what is most apparent is their creator’s devotion to the particulars of the space. “I just think I like to not lose what’s already there,” offers Schneider. “…I want to make sure that what’s really beautiful and valuable is loud enough that people can hear it or bright enough that people can see it.”

Ray Carrington III and his photography classes at Yates High School have been granting access to Houston through Eye on Third Ward for nearly 17 years now.  He and his “little ducks” document the historic district by walking the furthest boundaries of the neighborhood. “I believe in the absurd sometimes…,” Carrington admits, leading a line of students along the sidewalks, cameras hanging from their necks, fingers perched at the ready while their teacher darts between curbs offering lessons on light and perspective.

Carrington, who has lived in the area since 1966, and his students make work of people and space that is invisible to most of the city. He realizes the growing importance of their project as even the name of Third Ward recedes. “They are trying to call it Midtown…. People who drive to UH don’t see the Third Ward. Nobody is even sure of the boundaries….”

Carrington sees Third Ward disappearing as Midtown encroaches on his neighborhood’s identity, gentrification nudging longtime residents out, rather than incorporating them. Through his collaboration with the Museum of Fine Arts, the project has been working to assign a different kind of value to the community. Visiting Carrington in his classroom on the vibrant Yates campus, anyone can see that his mission is not simply photography. “It’s about life lessons,” Carrington says. “Work ethic, a value system.”

As Carrington prepares for the next exhibition of Eye on Third Ward, he also is beginning a new collaboration with Houston Advanced Research Center on a digital storytelling project. Meanwhile, the Yates students are claiming their space and granting the rest of us the rare opportunity to look through their eyes.

These projects are creating a body of work that demonstrates what all great cities know. Important places are made up of a series of smaller cities, neighborhoods and streets; the people who live there endow them with their culture and individuality. Houston is now the most diverse city in the nation and yet it’s difficult to see what constitutes our local texture. We do not have a place or face that defines us. What is important about Houston is its personal and diffuse.

If New Orleans is the Big Easy, then Houston would have to be the Big Not Easy. There is nothing easy about this town. But, maybe that’s just the point. Grappling with difficult places does tend to do interesting things to people. What it seems to be doing here is driving artists to build frames. It’s not just one or two projects, but a whole community of projects where the artists position their ideas as vehicles for framing Houston: Communograph, Countercrawl, Shrimp Boat Projects, Carroll Parrott Blue’s Storymapping and dozens more. What the projects all share is their deference to the community’s vision and knowledge, while the artists act as conduits for all of us to reflect back on ourselves.

Carrie Schneider says it better, “I love Houston a whole bunch. I think it’s bizarre and like a big hyperbole and insane, insanely big and sterile and concrete….It’s the epitome of capitalism….That’s why to do something defiant like record people’s stories or Ray Carrington’s project is so radical because it’s in this context of this big corporate place. So the humans that are being real humans are amazing.”

–Nicole Zaza
Nicole Zaza worked as an editor for Gulf Coast and Envy Magazine. She recently graduated with an MFA from the UH Creative Writing Program and completed her first collection of essays. She teaches writing class in Houston.

On view through May 28: Eye on Third Ward