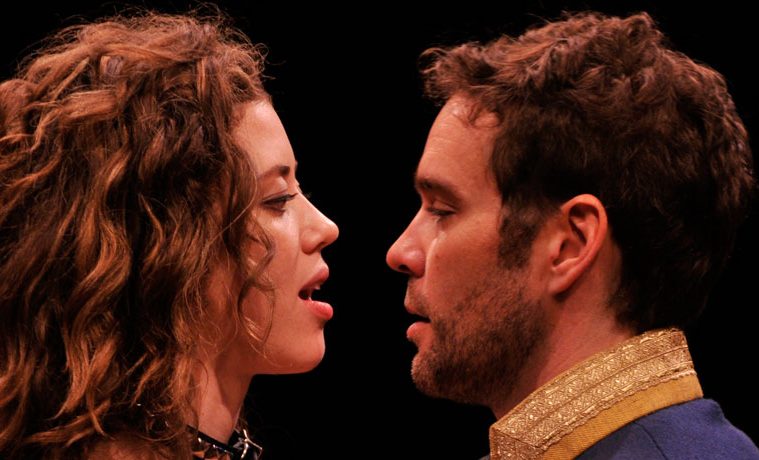 IMAGE: Nicole Rodenburg as Vanda and Michael Bakkensen as Thomas in the Alley Theatre’s production of Venus in Fur. Photo by Jann Whaley. 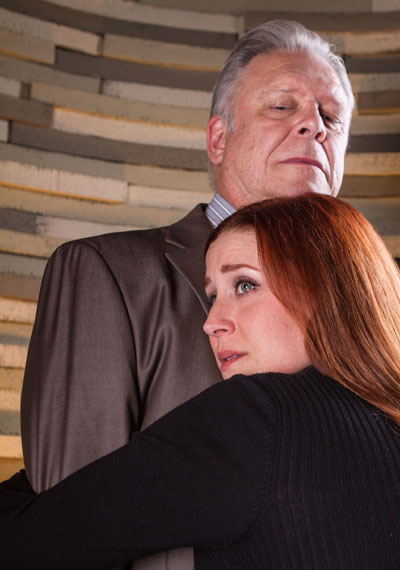 On one stage stands Vanda Jordan, a seemingly desperate young actress who will dazzle, beguile and humiliate a playwright/director into giving her the part of a lifetime. On another stage stands Brooke Wyeth, a liberal novelist who recovered from a nervous breakdown by writing a tell-all memoir about her Republican, old-Hollywood family, and has come home for the holidays to gift them with the soon-to-be published book.

What stages can you find the mysterious Vanda from David Ives’s play Venus in Fur or Jon Robin Baitz’s screwed up Brooke from Other Desert Cites? You can likely meet them on a stage near you, as they will both be making their stands in theaters across Texas.

Each year the hottest and most intriguing of the new plays making recent New York debuts begin to trickle down to the rest of the country through independent, regional theater companies. Occasionally, one play in particular becomes the “It” play that more than one Texas artistic director wants to produce. In the 2013-2014 season, however, not one but two plays—David Ives’ Venus in Fur and Jon Robin Baitz’s Other Desert Cities—are finding theatrical homes throughout the state.

Other Desert Cites made its Texas debut with Austin Playhouse’s production back in January 2013. Since then, Other Desert Cities has been produced by Inception Theatre in San Antonio, and is currently at Dallas’s Theatre Three until Dec. 15. In January, The Alley will finish, for now, Other Desert Cities’ takeover of Texas stages.

In November, Venus in Fur sashayed onto the Alley Theatre’s Neuhaus stage in Houston, with Brandon Weinbrenner making his Alley directorial debut. Meanwhile, productions of Venus in Fur will dominate 2014, with Austin Playhouse, the San Antonio Playhouse and Circle Theatre in Fort Worth all putting up their own productions of the sexy, and sometimes scary, comedy. 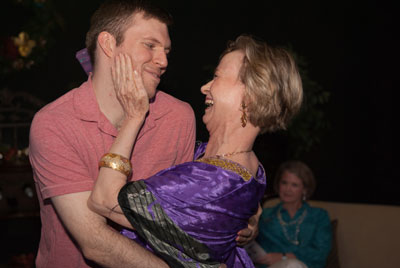 Besides being contemporary, sharp comedies with touches of mystery, the plays have little in common. In Venus in Fur sultry actress Vanda cajoles her way into reading for a part in playwright/director Thomas’s new adaptation of  Leopold Sacher-Masoch’s novella about a masochistic relationship, Venus in Furs. Fittingly for a play about actresses and directors, women and men, nothing is as seems and Venus keeps surprising until the last line.

Much more grounded to a Palm Springs designer version of  home and hearth, Other Desert Cities contains secrets of its own. Brooke Wyeth thinks she fully understands and has accurately chronicled her family’s history, but her trip home forces her to see that the past sometimes is the ultimate mystery.

So why have these two plays in particular enticed so many Texas theater companies? I put this question to two reigning experts at choosing plays for choosy Texan audiences—Theatre Three’s executive producer-director Jac Alder, who also directs Other Desert Cities, and Gregory Boyd, artistic director of Houston’s Alley Theatre.

Alder saw the New York production of Other Desert Cities last year and immediately knew it was right for Theatre Three and Dallas. He was especially drawn to the Wyeth patriarch and matriarch. “I loved the über-glamorous setting—the Palm Springs home of a retired movie couple, Lyman and Polly, who are loyal friends and political allies of Ronnie and Nancy,” Alder explained, adding, “This is a couple like many I know in Dallas; accomplished, prosperous and very Republican. As a family, their pasts are completely entwined, but—as happens in our own families—every member of the family has a unique take on what that past really was.”

Alder is also a great admirer of playwright Jon Robin Baitz, who knows a thing or two about writing dynamic, layered families, having created the ABC drama, Brothers and Sisters. Other Desert Cities shows Baitz in fine dysfunctional-family form when it comes to creating conflict from the most intimate relationships.

“These are truly great roles for actors, and a wonderful premise for showing American families in the throes of allegiances and dis-loyalties that happen in all families. So it’s a Christmas with fireworks—very American fireworks at that,” says Alder.

Gregory Boyd also stresses the view of Other Desert Cites as a very American play about American families. While the play focuses on a rather rarified, wealthy Hollywood family, Boyd believes the circumstances in the play “reflect and dramatize conflicts that affect us every day.”

Boyd also offers perspective on Desert and Venus in their placement within the bigger picture of the Alley’s 2013-14 season. Both “the sexy and provocative” Venus in Fur and Other Desert Cities—about “the American character” —resonate with the rest of the Alley’s lineup. 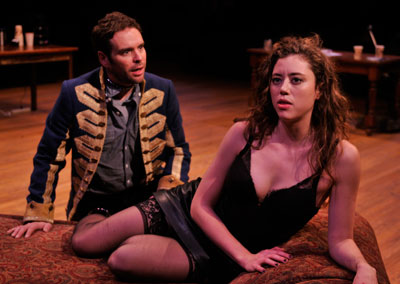 Michael Bakkensen as Thomas and Nicole Rodenburg as Vanda in the Alley Theatre’s production of Venus in Fur. Photo by Jann Whaley.

“With this season I think we’re trying to react to what’s happening in the world. We program a whole season of plays, not individual ones, because it’s a yearlong conversation we’re having with our audiences,” explains Boyd.

What neither director mentions when musing over what makes either play the “It” comedy for Texas this season are the extraordinary opportunities the plays might bring for some local actresses.

Three strong women who love each other vie for dominance in Other Desert Cities. Using wit as their finely-honed weapon of choice, Brooke and her mother Polly grapple over who gets possession of the family history. Polly’s sister Silda chooses sides and plays dirty, wanting to make her own claims on the narrative.

Only two characters share the Venus stage, but Vanda owns the space as soon as she appears with a crack of thunder. The real actress playing the actress Vanda—who changes personalities as easily as she sheds clothes—will inhabit the part of a lifetime. Vanda leaves Thomas and the audience wondering who she really is until the last, shocking moments.

Together, these four women teach live-theater-loving Texans how scary and funny real girl power can be.