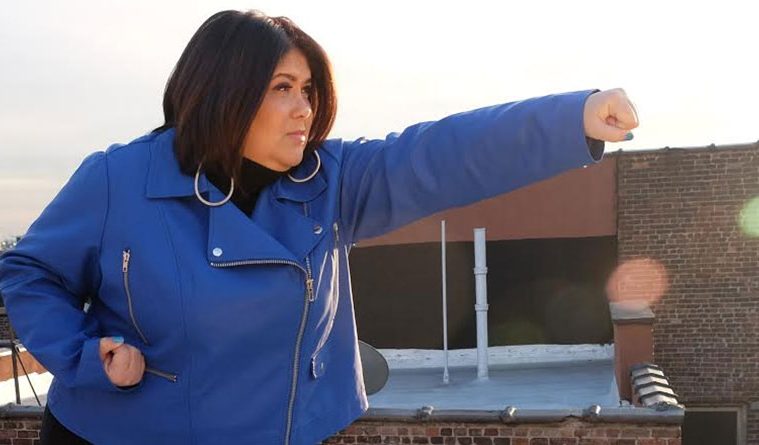 Virginia Grise in Your Healing is Killing Me: A Performance Manifesto.
Photo by Netza Moreno. 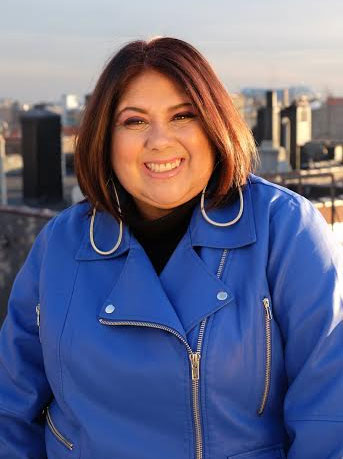 Your Healing Is Killing Me, written and performed by award-winning New York and San Antonio playwright Virginia Grise and making its world premiere as part of the MECA Performing Arts 2016 season on March 4-5, seems less like the performance manifesto of its subtitle and more like a poetry manifesto, maybe even an epic poetry manifesto. Think The Odyssey if Odysseus was a Marxist-feminist American of Mexican and Chinese descent on a years-long journey through New York City to find a diagnosis then cure for her chronic, raging eczema.

Time and again throughout the 75-minute performance, that was somewhat like a dramatic reading, Grise returns to lines such as “This is not a safe space because no space is safe” and “Remember that when you sit down to write” as if going back to a beloved poem’s refrain. And it is the poetry of the piece that engages and tightly grasps the audience more than the actual performance.

In Your Healing Is Killing Me, Grise tells personal stories of her childhood, move to New York, health issues and political quests, while also sometimes taking on other voices of friends, family, fellow patients and prisoners she has known. Most of the stories weave together, thematically at least, though not always in an immediately comprehensible structure. Our need to defend our very bodies from the dangerous environment that is the modern world is the message, sometimes subtly other times overtly, delivered within the outrageous, though probably true, tales she tells.

Director Emily Mendelsohn sets an appropriate simple stage: a music stand, holding what looked like notes and a chair with small table of books. The sparseness of the set works well for Grise who’s in a constant state of flux throughout the show. When she’s not traversing back and forth between stand and chair, she’s working through a series of what seems to be martial arts, dance and tai chi moves. At times, these movements add emphasis to whatever story she’s recounting. During other sections of the piece, they feel more like nervous tics. It’s only at the end of the show that it becomes clear how all those steps, air punches and side stretches fit together.

Grise is indeed a powerful storyteller, but her performance is a bit too raw, even for a manifesto about PTSD, abortion, health care, extreme diets, sexuality, and testosterone-laced skin cream. She begins the performance with a (probably ironic) trigger warning, but the staging of the work greatly lessened whatever danger the material has of triggering anyone.

Whether it is Grise’s preference or a decision of Mendelsohn, the choice to light the performance, with a darkened house and spotlights on performer, as if this was some fourth-wall-intact, classic play, had the effect of separating her from the audience. Grise does look out at us in shadow throughout the performance but almost always gazes somewhere above our heads. If any one-woman-show calls for that woman to acknowledge the audience and look them in the eyes, it’s this one. Still, performer Virginia Grise doesn’t mitigate the power of playwright Virginia Grise and her epic, poetic quest for a space of safety and peace lingered on in my mind after I left her space of manifesto.