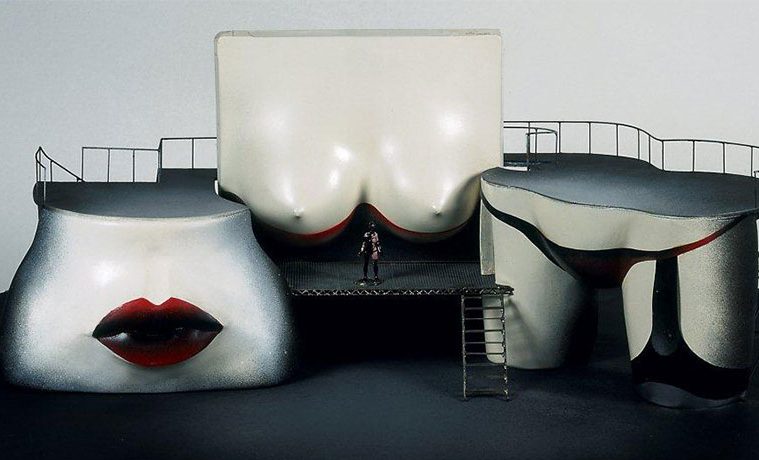 IMAGE ABOVE: Ralph Koltai. Maquette for Die Soldaten (The Soldiers), 1983. 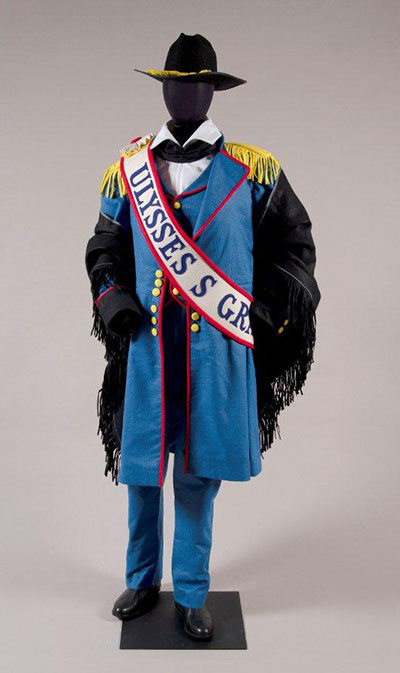 It’s not quite right to use the term “hidden gem” to describe the Tobin Theatre Arts Collection, housed in gallery space at San Antonio’s McNay Art Museum—mostly because the collection is far from hidden.  For the last 40 years, it has exhibited some of the most eclectic pieces of art and artifacts related to the performing arts anywhere. “Gem,” on the other hand, is more than appropriate, since the unique pieces in the collection are often one of a kind, and are definitely things most people don’t get to see.

“The finished product of a stage production is largely ephemeral,” muses Jody Blake, curator of the Tobin Collection. “So it’s very exciting to display these pieces and underscore the contributions of the set designers and costume designers who are artists in their own right.”

Robert L.B. Tobin began the collection in 1974, gathering together everything from models to drawings of sets and costumes, papers and other assorted theater memorabilia. In addition to being an art collector, he had a love for the performing arts, and developed relationships with many mid-century pop artists, who often lent their talents to stage designs.

In conjunction with the current exhibit, Robert Indiana: Beyond Love, the McNay offers Robert Indiana: The Mother of Us All, both through May 25, which brings together Indiana’s scenic designs and costumes for the Gertrude Stein/Virgil Thomson 1967 production at the Guthrie Theater (MN) of their opera based on the life of Susan B. Anthony. Included are cut-paper mock-ups of the sets and six felt costumes that embody Indiana’s signature of bright, primary colors and clean design. “Indiana’s sets and costumes drew from his pop art background, taking the clean lines and crisp colors he’d used in his EAT and LOVE series,” says Blake. “His costume sketches for the piece show bold blues and radiant whites popping from matted gray and red backgrounds. That depth of color and simplicity of style are evident in the finished works, done in felt.” 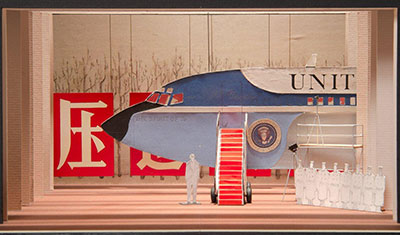 “The selection of felt as costume fabric wasn’t kind to the actors,” says Blake. “But it mimics the look of Indiana’s paintings. There’s no shadow, no highlights in them. Just those flat, saturated colors. And the scene pieces have red, white and blue in them, punctuating the opera’s patriotic theme.”

Also on view through June 1 is Constructing the Stage: Artists from the Theatre Collection, including maquettes from four designers: Timothy O’Brien, Ralph Koltai, Adrianne Lobel, and Tony Straiges. The  maquettes are cut-paper set pieces that Blake says designers construct to show producers, directors and others involved in a stage production what the finished set will look like. Extremely detailed, they are set construction in miniature. The Tobin Collection has designs from the 1970s and 1980s, including one depicting President Richard Nixon’s plane landing in China from the opera Nixon in China and the stage overview and Rapunzel’s tower from the musical Into the Woods. 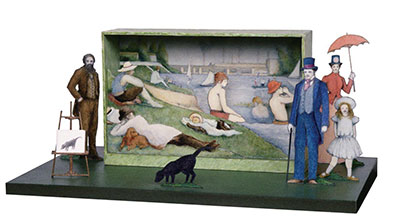 “You can see the intricate care and eye for small details these artists used,” says Blake. “There are little carvings made with an Exacto knife that indicate the rock and stone wear on Rapunzel’s tower. It’s remarkable.”

Blake says that the Tobin Collection may seem esoteric on the surface, but it’s approachable, too. Theater-goers will recognize the sets and costumes of shows they’ve seen, and the exhibits provide a window into not only the art of the stage, but demonstrate the creators’ abilities to work across the disciplines of art and architecture and bring their visions to life. Having so many works of this type under one roof not only serves to preserve theater history, it showcases it as art, in a way that many performing arts lovers don’t get to see – and visual arts lovers may not have thought about. 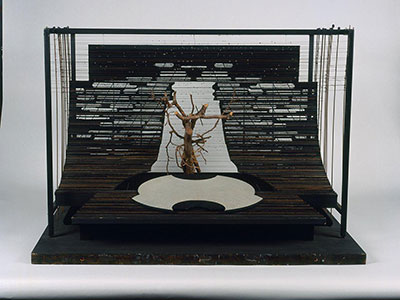 “In the last years of his life, Tobin’s collection grew to more than 12,000 items,” she says. “And we’ve added hundreds of pieces every year.”

To house it all, the Theater Arts Collection recently took over more gallery space at the McNay, and the new space, says Blake, has excellent sight lines and light for the exhibits. “So many people come to San Antonio and are unaware this is here,” she says. “This is really the time to come and visit the Collection.”