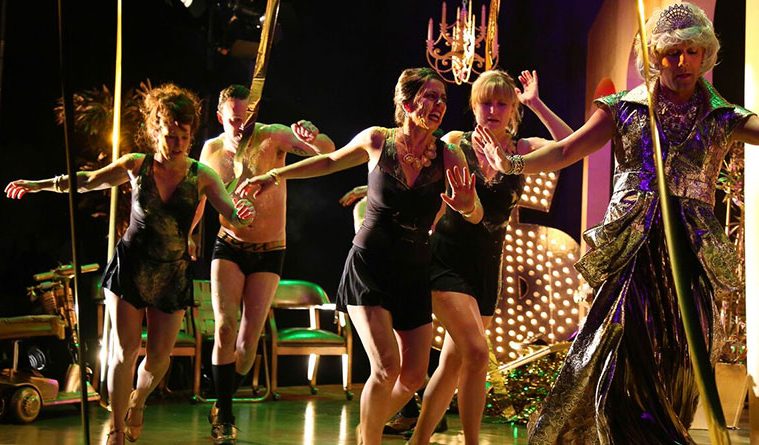 We asked the A + C family what performances stood out for them in 2015 and which they are most looking forward to in 2016.
Enjoy their findings and recommendations. 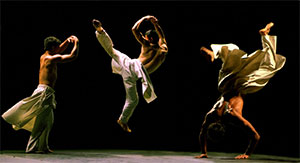 When the phone rang two rows ahead of me in the middle of Rude Mechs’ Stop Hitting Yourself, I had an idea it was part of the show and I was right. Just about everything that happened in the extravaganza of a show felt like Texas excess from the queso fountain to the sassy tap dance numbers. Bravo to AT&T Performing Arts Center‘s Off Broadway on Flora in Dallas for bringing them. And if you missed Rude Mechs’ equally fabulous The Method Gun at University of Texas at Austin last fall you have another chance to see it at Houston’s fabulous new multi-theater complex, the MATCH, when Lott Entertainment Presents brings the troupe on May 26-28. In fact, the entire lineup at Lott Entertainment Presents looks smashing. I am looking forward to seeing Pam Tanowitz‘s Early that Summer on Ballet Austin, Feb. 12-14 at The Long Center. Tanowitz is an extraordinary choreographer, and this is a rare chance to see her work in Texas. And, there’s more: TITAS presents Kidd Pivot on at April 21-22 at Dallas City Performance Hall and La Compagnie Hervé Koubi presented by Society for the Performing Arts March 18 at Wortham Center and through TITAS March 25-26 at Dallas City Performance Hall. If you miss them in Texas, catch them at Jacob‘s Pillow Aug. 3-7. 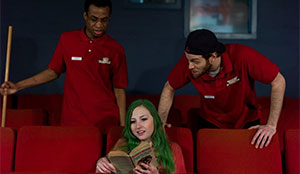 I took a look back at what I was looking forward to at the end of 2014 and, sure enough, the highlight of my 2015 theater-going year was the show I found myself most looking forward to in 2014, Undermain Theatre‘s production of The Flick in Dallas (with Second Thought Theatre‘s Belleville, thanks to stellar performances by Drew Wall and Jenny Ledel in a close-second). Looking ahead, I would be remiss to not mention Undermain’s highly anticipated production of Long Day’s Journey Into Night, but I’m also thrilled to see Second Thought Theatre producing Marius von Mayenburg’s Martyr, in a translation by Maja Zade, Jan. 15-Feb. 6 at Bryant Hall. 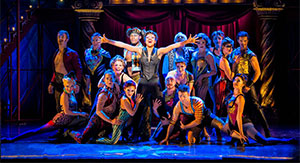 Pippin may have been a touring show when it landed at Dallas Summer Musicals, but it filled the Music Hall at Fair Park with oodles of razzle-dazzle and showmanship while never losing some of creator Bob Fosse’s darker undertones, and included bewitching performances from B-movie actress Adrienne Barbeau and original Broadway star John Rubenstein. Whether it’s condemned as a prejudiced show based on racial caricatures or championed as a breakthrough work that opened the door for public discourse in the arts about racism in America, Show Boat hails as an important and distinguished work in American theater, and it will be interesting to see how it is handled as the final show in a season of striking presentations at Dallas Opera.

The cast of the national touring production of Pippin.
Photo by Terry Shapira. 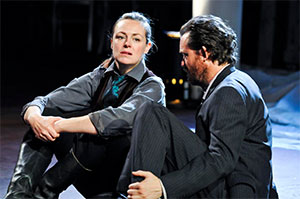 I have to bask in my own foretelling powers because my favorite production of 2015 was the one I was most looking forward to in 2014, Tristan & Yseult. Cornwall’s Kneehigh Theatre brought to Houston, thanks to the Alley Theatre, their beautiful and contemporary retelling of that ancient tale of irrational love and loss. With music both original and classical, aerial dancing and some of the best performances I saw all year, the sweet sadness of the play became for me a real reminder of theater’s infinite possibilities. Early in 2016, I think it will be fascinating to watch Houston and Dallas theater come together for one of the most Texas plays to win the Tony in recent years, as the Alley Theatre and Dallas Theater Center collaborate to bring both cities All the Way, the story of LBJ’s first year as president. And since the Alley lending their stage to Kneehigh was such success, come summer I’m hoping similar Houston hospitality will make for a must-see performance when Stark Naked Theatre brings New York’s Bedlam Theatre Company to Houston for their acclaimed production of Shaw’s Saint JoanJune 3-18. 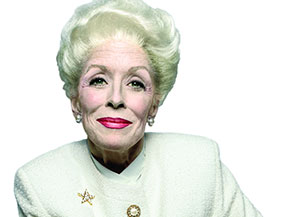 By far my favorite arts event of 2015 was the return of the Alley Theatre to  the Alley Theatre, after wandering in the desert a bit at University of Houston. The newly renovated spaces are phenomenal. 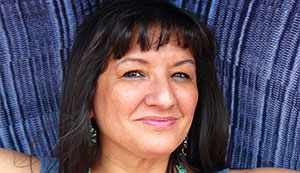 The zenith of 2015 was the Texas Book Festival in Austin, which highlighted readings by bestselling phenomenons like Margaret Atwood and Sandra Cisneros (who also made an Inprint Margarett Root Brown appearance), but also gave me the chance to meet new authors who bend the rules of genre, like Edward Carey, Amelia Gray, and Kelly Link. My new year’s resolution is to attend more readings from Houston’s flourishing poetry scene, like Write About Now’s spring lineup of slams.

In 2015, I had to say the highlight was Nameless Sound‘s Peter Brotzmann, William Parker, and Hamid Drake performance at the Eldorado Ballroom. Next year, I look forward to another series of Nameless Sound concerts and the Iranian Film Festival at the MFAH and other venues, which always delivers great film programming.

Nima Javidi’s Melbourne  screens on Jan. 29 at the MFAH. 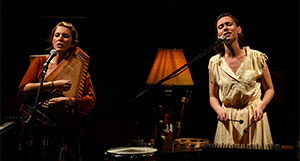 I predicted last year that I would love Mr. Burns: a post-electric play at Stage West in Fort Worth, and boy, was I right. The production already re-invented a new-ish play, and the design elements were creatively creepy and thought-provoking. Also worth noting is Kyle Igneczi’s raw turn as the East German transsexual punk rocker for Uptown Players‘ Hedwig and the Angry Inch in Dallas. Coming up, I’m excited that Off Broadway on Flora at the AT&T Performing Arts Center is bringing in Dave Malloy’s Ghost Quartet, April 7-9 at the Wyly Theatre. His Natasha, Pierre & the Great Comet of 1812 was one of the most transcendent pieces of musical theater I’ve ever experienced, and this song cycle has his signature blend of intelligence and cheek. 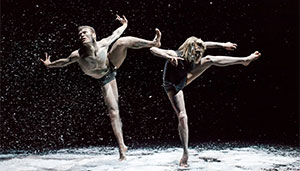 NobleMotion Dance‘s August 2015 performance of Storm Front: Experience the Elements at Houston’s Hobby Center brought rain, wind, ash, trash and light to the proscenium stage, and was packed with strong, fabulously acrobatic dancing; pure entertainment from start to finish! In Austin, tap troupe Tapestry Dance Company‘s October 2015 production of In Your Shoes took an up-close-and-personal look at homelessness. An orphan, a frenzied businessman, an army veteran, a misunderstood teenager — these were some of the characters the dancers portrayed, all while intricately tapping their hearts out. Coming up, I’m most looking forward to Houston Ballet‘s March 2016 Winter Mixed Repertory Program featuring three pieces, all premiere works for the company: Jerome Robbins and Peter Gennaro’s West Side Story Suite, Wayne McGregor’s Dyad 1929 and Jiri Kylian’s Wings of Wax.

I loved hearing Karen Russell read from her wickedly strange novel Swamplandia as a part of the 2015 Inprint Margarett Root Brown Reading Series in Houston, because Russell acted so humble, like the girl-next-door suddenly surprised to find herself famous. I can’t wait to hear Tony Hoagland and Sharon Olds read their delicious poems at Inprint‘s Margarett Root Brown Reading Series on April 18th. 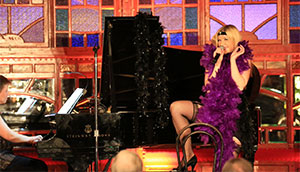 What a tremendous sight it was when leggy German mezzo-soprano Sonja Bruzauskas, as part of Cabaret Da Camera at Bayou Bend, sashayed confidently from behind a screen to croon a powerful,  no holds barred version of “Maybe This Time” from Cabaret, reaching into her dramatic high tessitura to offer an OMG moment. Those refined folks inside the Spiegeltent just weren’t quite prepared to take on the vocalist at the top of her game — and I loved watching them being blown away. 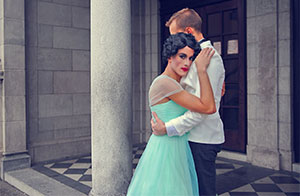 My favorite dance of 2015 was offstage. I partnered for an hour with Twyla Tharp – on the phone. Bucking her reputation, she was absolutely effusive about her 50th anniversary tour. The show, which opened the TITAS season, was a winner too. I’m looking forward to Joshua L. Peugh’s The Rite of Spring premiering on March 4 with Avant Chamber Ballet at Dallas City Performance Hal,  and on April 29-May 1 at Erma Lowe Hall, Studio Theatre. It’s the most ambitious move yet by the fast rising artistic director of Dark Circles Contemporary Dance.

I’m giving “thing I loved the most in 2015” to Stark Naked‘s Small Mouth Sounds — beautifully acted in its silence, it draws on the depths of great talent that we have in Houston, and put the spotlight on the kind of new pieces that are perfect for an ambitious, engaging company like this one. My must-see in 2016 is a no-brainer: the revised Working, May 21-June 12 at Main Street Theater, a show I have always loved, that speaks to what it means not only to work, but to be a person and the value that each has on the world. 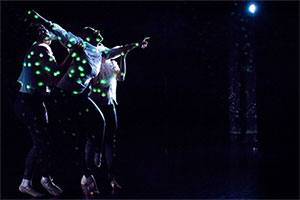 My personal favorite performance was part of Barnstorm Dance Festival’s first weekend: ARCOS Dance‘s luscious piece, She, Extracted, that had everything I love to see in contemporary dance. Moving onwards, I’m always eagerly waiting to see the various companies and choreographers tossed around during the Dance Salad Festival, March 24-26 at Wortham Center.
—Jessica MacFarlane

ARCOS Dance in She, Extracted.
Photo by Lynn Lane. 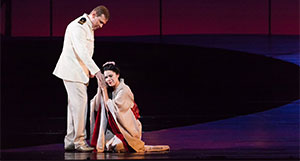 Some people may accuse Puccini’s Madama Butterfly of being worn from overexposure, but Houston Grand Opera‘s January 2015 production made it freshly compelling, thanks to Ana Maria Martinez’s rich-voiced and eloquent portrayal of the doomed heroine, Alexei Dolgov’s ardent Lt. Pinkerton and Giancarlo Guerrero’s poetic and powerful conducting. Nina Stemme’s passionate Isolde in Houston Grand Opera’s 2013 staging of Wagner’s Tristan und Isolde was one of the most vibrant performances of the company’s recent seasons, and operagoers can reunite with the fireball soprano thanks to New York’s Metropolitan Opera, where she hurls herself into the title roles of Puccini’s Turandot (broadcast into Texas movie theaters Jan. 30) and Richard Strauss’ Elektra (April 30). 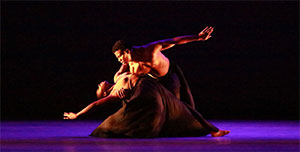 The Dallas DanceFest‘s variety and caliber of artists were reasons to make it the one of the most fun events outside Houston in 2015. I look forward to Dance Salad Festival, March 24-26 at Wortham Center, as well as Houston Ballet artistic director Stanton Welch’s new Nutcracker in 2016. 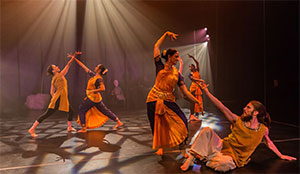 I really enjoyed AtticRep‘s From The Mahabharata/the Great Dance Off, which was a fusion of bharatanatyam and contemporary dance.  I am looking forward to the ArtsSA presentation of Pedal Punk/Cirque Mechanics on April 1 at the Majestic Theater.

AtticRep in From The Mahabharata/the Great Dance Off
Photo by Amitava Sarkar. 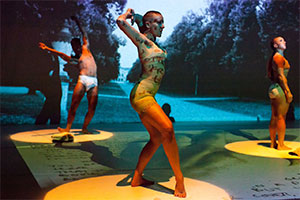 The work that really resonated for me this year was Austin based ARCOS Dance’s performance of The Warriors/A Love Story  because of their beautiful intertwining of a very personal story that consistently blurred the lines between dance and performance theater utilizing strong choreography, spoken word and multimedia throughout. I’m most looking forward to seeing what Jasmine Hearn develops through her Artist’s Residency with Dance Source Houston because of the intimate and dynamic range she infuses within her work as she takes her audience along a highly charged ride. 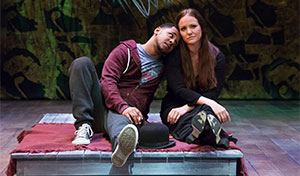