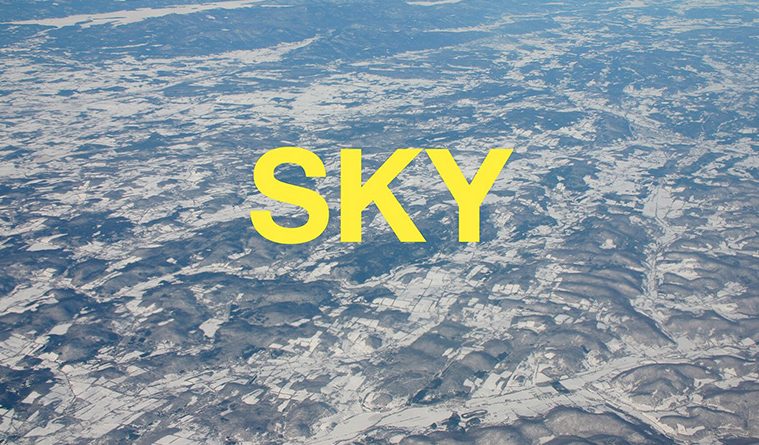 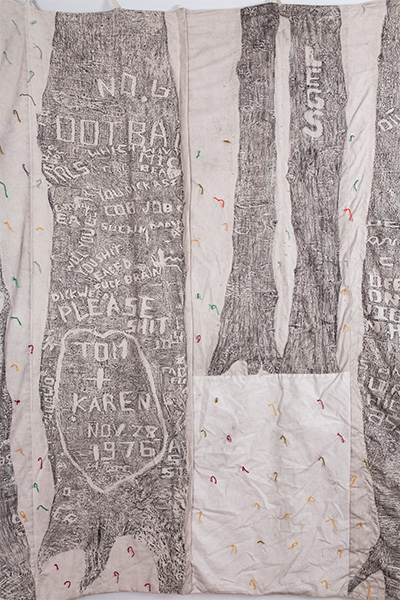 One of my favorite passages in the Contemporary Art Museum Houston’s Right Here, Right Now: San Antonio exhibition catalogue essays is penned by the museum’s curator Dean Daderko: “When organizing an exhibition, one of the ways I recognize the fruitfulness of a particular line of research and questioning is when I begin to feel that rather than dictating the terms of a discussion, I am following a lead. It’s like the difference between stating ‘this is’ and asking ‘is this?’ When my views begin to transform, taking me to unexpected places, I know I’m on the right track.”

Thank goodness, because one thing our arts communities do not need is another wannabe dictator (ditto the world for that matter). Give us a little room for curiosity, however, and we’ll happily run with it.

On that note, Daderko’s proclamation, along with the exhibition series title, implies urgency and relevancy. But what exactly is happening with Texas arts, right here, right now?

Launched as an “occasional and ongoing series” in 2014, Right Here, Right Now showcased local artists. That year, the exhibition featured works by Debra Barrera, Nathaniel Donnett, and Carrie Marie Schneider, the first solo museum exhibition for each of these Houston artists. The second in the series resulted in solo projects by CAMH’s curatorial staff with the Houston-based artists Amy Blakemore, Thedra Cullar-Ledford, and Susie Rosmarin.

Right Here, Right Now: San Antonio, on view through Aug. 5, focuses on San Antonio artists, showcasing 19 individuals and collectives living and working in the city—obviously a jump from the three artists included in each of the previous exhibitions. In speaking with Daderko about the show, we talked about the jump in number, the exhibition’s resulting constellations of diverse and intergenerational artists, the mix of materials and media, and how all of the artworks relate to what we see happening in Texas, and in the world, today.

The selection of works for the exhibition resulted from Daderko’s studio visits and  communications with artists in San Antonio. Linked with director Bill Arning’s first impression of Texas by way of the city, the year-long celebration of its 300th birthday, and Daderko’s curatorial vision, extending the reach of Right Here, Right Now beyond the museum campus at this moment seemed like a natural fit.

For her piece The Woods, Pell used white bed sheets and charcoal to create rubbings of the trees into which she and her friends, as youngsters, had carved their initials, their crushes, and more. She stitched the sheets together to create a massive quilt or blanket, at more than 8 feet tall x 40 feet long. She also included knotted binding strings, which add a tactile element that compliments the representational texture of the rubbings. 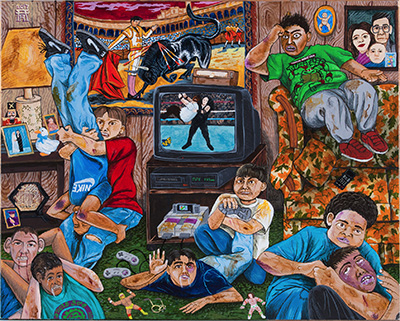 Albert Alvarez, You Want Another One, 2016, acrylic on canvasboard, 8×10 inches. Courtesy the artist. Photo: Jenelle Esparza.

Other works include Mood’s inventive portraits and landscape which she rendered by stitching, Richard Armendariz’s paintings and woodcuts of animals and humans, Martínez’s precise and lively portraits, and Castillo’s photograph-fabric collages.

The work of Daniel Rios Rodriguez acts a bridge between the first and second constellations in Right Here, Right Now. He combines commonplace materials to create painterly abstractions that refuse to sit quietly in the realm of collage, assemblage, or sculpture. For example, in Egretta, he uses oil, Flashe, coal, foam, nails, wood, and found objects to create a bold, oblong composition of generalized forms that lean toward surreal landscape, totem, starburst/crown/explosion, and an egret. There is something undeniably magical about his combination of commonplace materials, found objects, and paint.

Explorations of figure and ground—such as geometry, abstraction, absence/presence, and the body—draw connections among the exhibition’s second constellation of artists: Adriana Corral, Diana Kersey, Chuck Ramirez (1962–2010), and the collaborative duo Saintlorraine (Kristy Perez and Britt Lorraine).

For his Santos series, Ramirez created photographs that for some people might resemble gemstones, with their hints of geometry. I won’t give away all the fun, so you’ll have to do a little looking at and thinking about them on your own. But by eliminating some identifying information, they illuminate other ways of being and being recognized. Similarly, for his Words series from 2004, he placed bold colorful text on top of photographs to identify and influence the viewers understanding of an image (readers may also be interested to know that Tía Chuck: A Portrait of Chuck Ramirez, a feature-length film chronicling the life and work of Ramirez, premieres at Sala Diaz on May 5). Other topics in this constellation include human rights violations, the relationships between sculptural and functional ceramics, and “evidence of activity.”

Albert Alvarez, Julia Barbosa Landois, Christie Blizard, John Hernandez, Michael Martínez, and José Luis Rivera-Barrera are grouped as the third constellation, which looks at transformative identities. For example, the “glee and disorder” in Alvarez’s jam-packed paintings, the monster-like hybrids of Hernandez’s works, the suggestive imagery of Rivera-Barrera sculptures, and Martínez’s poem as argument for self-determination and identification. And for Serious Work, which she will present on April 28, Barbosa Landois performs the expectations of life as an artist punctuated by the realities of an artist’s life, including the myriad of communications, interruptions, and obligations that come with simultaneously being a mother, partner, and friend.

The other artists in this grouping could be seen as taking an empowered position on the subject of observation and passivity: Blizard’s dance party masks, the power of the female protagonist in a video by collaborating artists Lisette Chavez and Audrya Flores, and Ana Fernandez’s paintings of San Antonio’s communities and creative enterprise.

On the whole, it seems that each artist’s works could be viewed as a record—a documentation of sorts—of various important and impressionable personal moments, whether ones they are trying to remember, forget, or create. But these aren’t fantastical musings on what could or couldn’t be: Instead, as Daderko wrote, they spark a conversation for viewers, asking “is this?” Is this possible? Forgettable? Changeable? They generously and courageously confront, and ask us to recognize, their lived experiences—right here, right now.