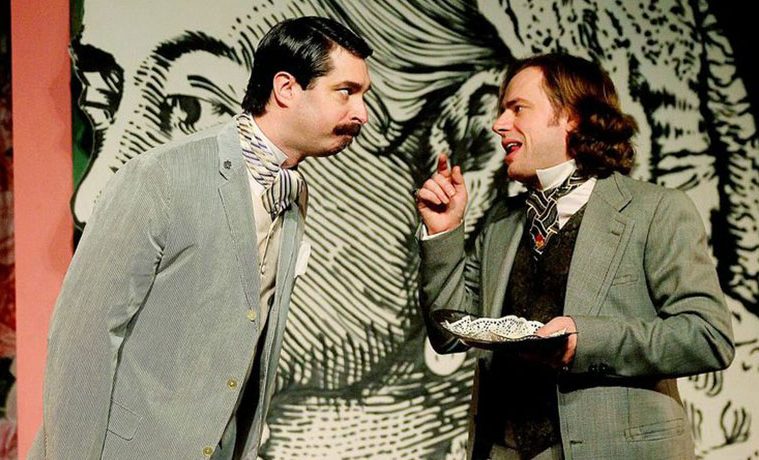 IMAGE ABOVE: John Johnston as Jack and Matthew Keenan as Algernon in Classical Theatre’s production of The Importance of Being Earnest. Photo by Pin Lim. 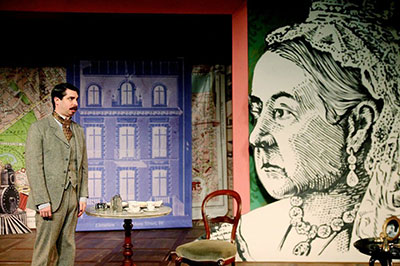 John Johnson as Jack in Classical Theatre’s production of The Importance of Being Earnest. Photo by Pin Lim.

By this time of year, I’m in the mood for a little “mayhem ensues,” so of course, I’m delighted to see that Classical Theatre has selected Oscar Wilde’s wordplay feast, The Importance of Being Earnest, to close their season, April 9-27 at The Barn.

Wilde may have invented the high brow rom/com genre. It’s the ultimate two babes in the country house romp, as we witness Jack Worthington, AKA Earnest, juggle the affections of Gwendolen and Cecily in the midst of more confusion than the entire four seasons of Downton Abbey.

I’m not the only one in Houston wild about Wilde. The cast and creative team are excited to sink their teeth into the playwright’s timeless witty banter. CTC artistic director John Johnson not only claims this play as one of his personal favorites, but is making his CTC stage debut in the role of Jack Worthington.

His ties to this piece go way back. “I distinctly remember reading it, in my backyard on a sunny day on Spring break in seventh grade,” says Johnson. “I immediately fell in love with this genius play.” 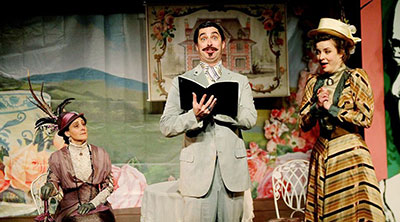 Pamela Vogel as Lady Bracknell, John Johnston as Jack, and Lindsay Ehrhardt as Gwendolen in Classical Theatre’s production of The Importance of Being Earnest. Photos by Pin Lim.

In high school, Johnson begged his theater group to produce the play to no avail, a story that would be repeated in graduate school. One of the great benefits of running your own theater company is getting to do the plays on your wish list. In Prague, sitting across a cafe table from Thomas Prior, it all came together. From Prior’s immediate positive reaction, the plan moved into action.

“His eyes lit up as he said that he desperately wanted to direct Earnest,” recalls Johnson. “And so, the project began to roll, and here we are now, on the cusp of opening. The Importance of Being Earnest is, quite simply, one of the perfect plays. There isn’t a gratuitous moment, line, character, or word. Everything about it is perfectly crafted.” 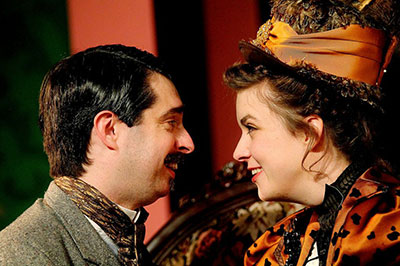 John Johnston as Jack and Linsday Ehrhardt as Gwendolen in Classical Theatre’s production of The Importance of Being Earnest. Photo by Pin Lim.

Prior has a long history with Earnest. As an actor, he’s been in three productions. He didn’t hesitate when Johnson asked him to direct. “This is an excellent play in structure and in character wit,” says Prior, who is a professor at Sam Houston State University. “I have a dream cast, actors who are fearless in their choices and bring to the work that ‘Wilde style.’ This play is about people who are always ‘on’, always striving to be the best in class and status. It’s about people putting on masks and hiding behind them to play the game. I think of Jack and Algy as a 19th century Niles and Frazier Crane on steroids, always wanting that taste of adventure and the good life. There is not one wasted line in this piece, and the audience really goes for a fun roller coaster ride of style and manners.”

Alley Acting Company member Emily Neves makes her CTC debut playing Cecily. “I absolutely relish playing Cecily. It’s a role that I have dreamed of playing for years, and I’m so glad to get the opportunity before I am too old to get away with it,” says Neves. “What I love about Cecily is that, while she definitely falls under the ingenue archetype, she’s not your typical breed. She is a bit odd, romantic with a playfully wicked side, and her innocence provides some great fodder for comedy, which has to do with Wilde’s voice. I enjoy the ‘punniness’ of his humor, and the witty commentary on social mores of his time.”