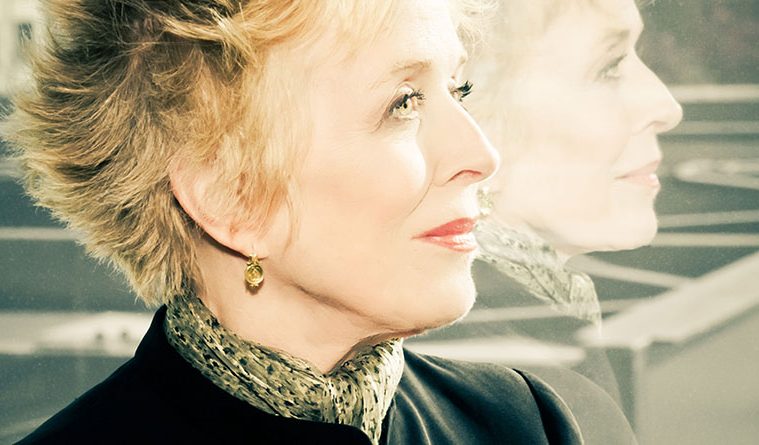 Window into a Texas Icon: Holland Taylor brings Ann to Life at the ZACH 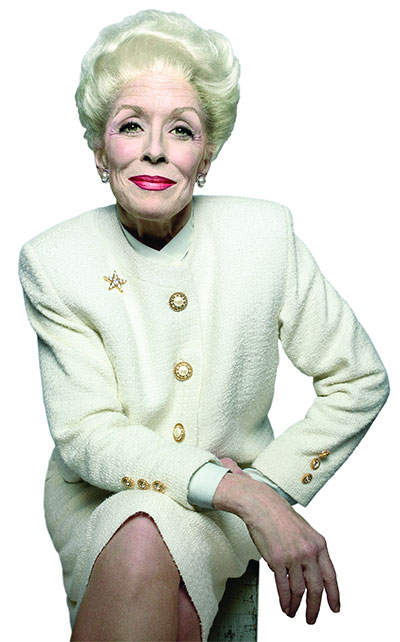 Holland Taylor as Ann Richards in Ann.
Photo by Platon and courtesy of Zach Theatre.

Holland Taylor grew up to be a successful actress, not a successful politician, and she has the movie, TV and stage credits to prove it. But whenever she wants, with a bit of planning, she can live the successful politician’s dream: attracting a large crowd, speaking at length without being interrupted, and at least pretending to be the governor of a rather large state.

Such is the life that Taylor brings to the Zach Theatre in Austin April 6-May 15, in a one-woman show about that larger-than-life figure in 20th-century Texas politics, the late Governor Ann Richards. And while there are current-events conclusions galore one can draw in an election year from her play called simply Ann, Taylor insists her goal wasn’t making political points at all. All the points that matter in theater, she asserts, are human.

“I was possessed by the need to perform her,” Taylor says of her Ann Richards project, which has taken her from early trials in Texas to a long, exhausting run on Broadway in 2013 that led to a Tony Award nomination. “I met her once, and I always admired the things she did. When she died, I knew I had to do something with my feelings.”

Those feelings placed her in a not-so-long line of actors who ventured onstage without much set and no fellow players, going back to a Welsh actor named Emlyn Williams who toured the world as Charles Dickens and, more famously in this country, Hal Holbrook in Mark Twain Tonight, which drew its inspiration from Twain’s own speaking tours. The late James Whitmore toured as both Harry Truman and Will Rogers (though never at the same time) Julie Harris was one of the few women to take the stage by herself, re-creating a homespun visit with reclusive poet Emily Dickinson in The Belle of Amherst, complete with fresh-baked cookies to share with lucky audience members.

There are a couple of key differences, Taylor asserts, between these and the play she started writing after two years of passionate research—using printed sources and meetings with Richards’ family members and her many political friends in Texas as well as her handful of political enemies. For one thing, there is a significant set needed for Ann, unlike the typical one-person drama created for easy touring with what Taylor calls “a rug and a chair.” More importantly, though, Ann is a real scripted drama with an emotional beginning, middle and end, a sense of something important at stake and also a feeling of the character’s growth.

This makes it quite different from Holbrook’s Twain, which was built on the actor’s vast knowledge of Twain stories and sayings, which he always felt free to slide effortlessly in and out of his performance as the spirit (presumably Twain’s) moved him. Taylor’s Ann might well have ended up like that, as her research mounted year after year, especially once she’d collected 100 hours of film to watch, and once people who’d known Richards in life started chiming in after her death to cancer in 2006. But it didn’t.

“I finally realized the only person who had to know everything there was to know about Ann Richards was me,” she laughs, recognizing at the same time a great truth. “The show would run eight or ten hours had I put in everything I wished I could. Besides, in terms of research and then starting to write, I really wanted to do this play while I was still ambulatory.”

Despite Taylor’s acting credits being in movies and TV, she felt strongly that what she had in front of her was a stage play. This is perhaps about the nature of those entertainment forms, and how well they mesh with Richards’ personal style. Richards liked belonging to the people, Taylor says; she was great at it, whatever the cost each day to her mind, heart or soul. In fact, looking back, one gets the feeling all three of those things were nourished in some essential way by her life in the public eye.

Still, for Richards as seen by Taylor, that was never simply a matter of stroking ego or collecting power, as we suspect so often watching today’s politicians in action. Indeed, the recent drama All the Way about Texas-born U.S. President Lyndon B. Johnson, given at The Zach in Austin, at the Alley Theatre in Houston, and Dallas Theater Center, trots many of those contradictions before our eyes: amorality that in the end achieves something highly moral. In Richards’ case, political ambition was born of a profound desire to change life in Texas as she saw it and to make that life better, particularly for women and minorities without any ticket to a better life.

Chatting with Taylor as opening night at The Zach approaches, it’s a little hard to tell what she knows about Richards from doing the play and what she knows from her mountains of research. She mentions the UT campus in Brownsville, for instance. Richards’ launching that, she says, had the effect of creating a meaningful middle class among Hispanics along the border, where only migrant agricultural work had been the drill. And she points to the Ann Richards School for Young Women Leaders—no young men allowed, since only without them in the classroom would young women dare to be as smart as they actually were.

Some of this grew from Richards’ own very American life, growing up in a town of only 62 people, aware of poverty and isolation by class, language and skin color. As she matured, Richards became more and more devoted to using her leadership skills in a quest for greater equality, which she ultimately saw as that greater justice promised by all this nation’s foundational documents and by every version of the American Dream.

“Ann Richards wanted to bring everybody in,” offers Taylor. “She was all for lifting people, for giving people an opportunity. It was important to her to put together a government that reflected the whole population, and sometimes it seemed that the people she gave these appointments to were surprised. Ann appointed these men and women because she knew their children were going to live in a different world.”

Ann, written and performed by Holland Taylor, gives us a window into the life of a Texas icon who helped that different world be born.