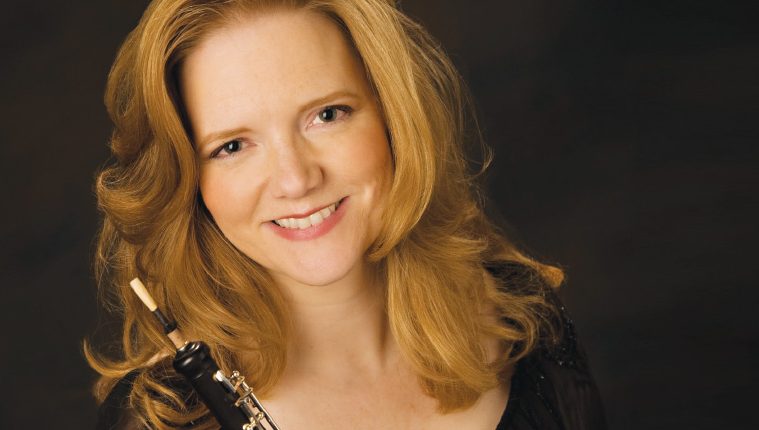 It’s often said that the business of classical music is dominated by men.

However, if it is the case that the world of Bach and Brahms traffic in testosterone, Houston, as with many things, is the exception to the rule. In fact, there is a small group of visionary, highly dedicated and passionate women who are at the source of much of what makes Houston’s classical music scene the thriving and vibrant entity that it is.

Take the case of Da Camera Houston’s Artistic and Executive Director Sarah Rothenberg. For some time, I have been fascinated by the intersection of music and other fields of artistic pursuit. I was reminded in my conversation with Rothenberg exactly where that curiosity was first cultivated. As a college student in the mid-90s, one of my first jobs was as an usher at the Wortham Center, where I had the opportunity to see the first seasons of Rothenberg’s work with Da Camera.

After coming to Houston initially in 1994 it was in the following season that Rothenberg created her first series of concerts exploring the intersection of literature and classical music, “Music and the Literary Imagination.”

“I was really interested in exploring just what a concert could be,” said Rothenberg. Her musical explorations were simultaneously experienced in Houston and in New York City through a partnership with Lincoln Center. As a result, she set the tone for concert presentation in both locales for years to come.

Currently, in a new concert landscape consisting of a multitude of watered down versions of Rothenberg’s approach, she continues to set the standard for innovation in concert programming and presentation. One notable instance of this is the upcoming program “Fragments: Connecting Past and Present” which juxtaposes unfinished fragments by composers like Bach and Mozart with pieces inspired by those fragments commissioned from a roster of notable and imaginative living composers.

To meet Alecia Lawyer is an experience unto itself. I had breakfast with the Founder and Artistic Director of the River Oaks Chamber Orchestra (ROCO) recently at a River Oaks area diner and as I walked in she was already in the middle of a conversation with a group of women. I stood silently behind her and could hear immediately that Lawyer is a woman who is rarely not at work. One of the women at the table handed her a donation in the form of a check and we eventually greeted each other and headed to our table.

After quickly excusing herself to say hello to a different group, she returned to her seat, deposited the check into her purse and we greeted each other with a smile and simultaneous exhale. Such is the existence of a woman who is at once the founding artistic director of the orchestra, its principal oboist, chief fundraiser, and like Rothenberg, a mother of two children.

Alecia Lawyer, artistic director of River Oaks Chamber Orchestra. “I still don’t know what I’m doing,” quipped Lawyer. I laughed to myself. Somehow, in spite of her self-described ignorance, she has created one of the most successful ensembles in Houston’s history. From its first concert with more than 400 people in attendance at Houston’s Church of St. John the Divine ROCO has added additional performances at outside venues, an educational program that should be a model for all interested, and has been granted an abundance of nationally heard broadcasts on American Public Media’s “Performance Today.”

It would seem that Lawyer has struck gold time and time again. Houston Grand Opera struck its own gold in 2007 when it acquired the talents of Sandra Bernhard. A seasoned opera director with main stage credits at major opera houses throughout the country, she was brought to HGO to lead its educational and outreach division known as HGOco.

For Bernhard, there is little distinction between art and education. “I wonder if educator artists are devalued for being educators,” she pondered. Whatever the case, Bernhard has made her mark on Houston’s cultural landscape, most notably through her work with “Song of Houston,” the ground breaking project which tells the shared story of the various cultures and peoples who make up the fabric of Houston through opera. In Bernhard’s view it is that shared story that becomes the quilt of our community.

HGOco has been acknowledged on many fronts for its innovative work, most recently in the form of a $250,000 grant from the NEA’s new private-public collaboration, “ArtPlace.” The grant is intended to support the new “Home and Place” program which is a collaboration with Houston Independent School District and Neighborhood Centers Inc. It’s also worth noting that Houston Grand Opera is the only Texas company to receive this national recognition.

This month Bernhard lends her directing talents to Houston’s contemporary opera troupe, Opera Vista, for its new production of the controversial opera, “Powder Her Face.” Written by British composer Thomas Adés the subject of the piece is the late Margret Campbell, Duchess of Argyll who, during a scandalous 1963 divorce proceeding, became known as the “Dirty Duchess.”

As with Bernhard, the Houston Symphony’s Senior Director of Artistic Planning Aurelei Desmarais is a driving force of a major organization who is under acknowledged or overlooked by the public. After starting a career in her native Canada, Desmarais sought out the Houston Symphony during the Eschenbach era and, as its senior artistic administrator, serves as the intersection point for all of the musical ideas from the Music Director, guest artists, the artist’s managers and guest conductors. Ultimately, Desmarais facilitates the artistic vision for the whole of the organization. Be it a classical subscription concert, pops concert or family concert her desk is where the proverbial buck stops regarding the overall vision of the orchestra.

“I’m the one who takes all of the ideas and molds and shapes them,” says Desnarais. “I’m in the middle of it all.”

Regardless of their organizational roles, there is one thing that unites each of these exceptional women.

In the words of Sarah Rothenberg, they have all taken “personal obsessions and made them public” and, thankfully, Houston is all the better for them having done so.

—CHRIS JOHNSON
Chris Johnson is a radio producer and host, a violinist and a 2008 fellow of the NEA Institute for Arts Journalism in Classical Music and Opera at Columbia University.