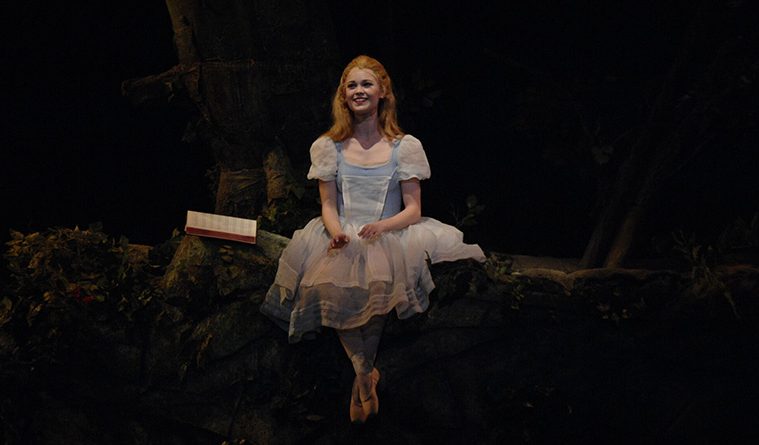 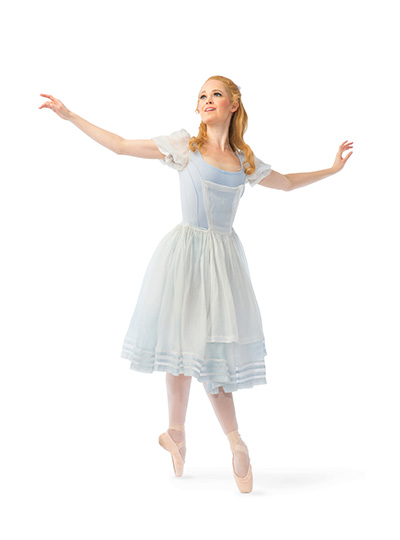 Ben Stevenson’s Alice in Wonderland premiered in 1992 as a vehicle for Houston Ballet principal Janie Parker. Texas is having an Alice boom with Ballet Austin performing Septime Weber’s Alice on May 12-14 at The Long Center and Texas Ballet Theater performing Stevenson’s Alice, May 19-21 at Bass Performance Hall in Fort Worth, and June 2-4 at Winspear Opera House in Dallas. Earlier this season in February, Dallas’s Avant Chamber Ballet re-staged Katie Cooper’s Alice.

But it’s really all about Alice, a dream role for a ballerina. Texas Ballet Theater standout Carolyn Judson visits with A + C editor Nancy Wozny on returning to the role, Ben’s wonderful ballet and more.

Were you able to watch other ballerinas in the role?

Houston Ballet performed Alice in Wonderland while I was training in the Academy there. I had a small part in the ballet, but I didn’t really get to watch the show, and, therefore, didn’t get to watch the women who played Alice at that time. I’ve since seen videos of Janie Parker and Julie Gumbinner, who were each as cute and beautiful as one could possibly be! They are definitely role models of mine.

Ben is such a superb storyteller and this is such a danceable story. How is his Alice pure Stevenson?

Ben Stevenson is the master of story telling and his Alice in Wonderland is another great example of this! From dozens of animal costumes, to unique sets, to humor, to the fact that Alice speaks, he has made this a fun theater experience for everyone, especially for children. Ben has done a great job of encouraging the audience to see through the eyes of a child, inspiring wonder and magic and imagination as Alice dances with animals, visits new places, and meets unusual people.

Yes! Our lines are excerpts from Lewis Carroll’s Alice in Wonderland and we get to work with a voice coach! This is especially helpful since we speak with a British accent! It’s all pretty nerve wracking because we aren’t used to using our voices on stage, but it’s really fun. 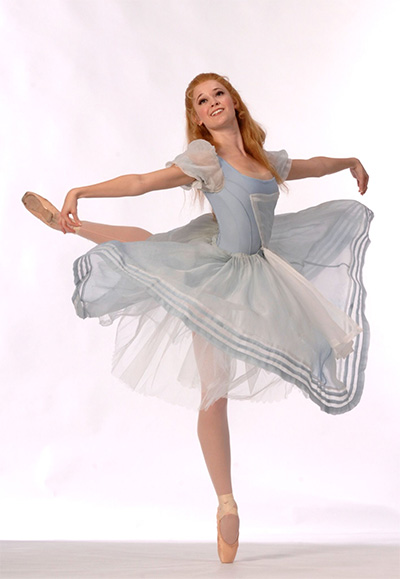 The last time you danced this role was a decade ago. A lot has happened since then. You are now a mother and a health coach! What’s it like returning to a role after all this time?

I always enjoy revisiting a role. The more I experience in my life, the more I can bring to my characters and my performances. Since becoming a mother, I definitely am approaching this part differently than I did 10 years ago. I think the biggest difference is the fact that my intention is not just to play the part of a child. My intention is to also tell a story to the children (and the children at heart) in the audience and to make them feel as though they are all a part of Alice’s adventures!

Ballet and babies are always a fun and challenging mix. How do you do it all?

I know many mothers can relate: returning to work after having a baby has been hard! For me personally, it’s been most difficult learning how to feel as though I’m giving my all at work even though my priorities are shifted a bit. I’ve had to change my expectations for some things, both at home and at the studio, but I’m beginning to find a good balance. It definitely takes a lot of scheduling and planning ahead and some days are better than others!

What other roles stood out for you this season?

As I only just returned to work this past January, I’ve only been a part of one rep so far. But it was a great one! I got to be a part of a world premiere, Imbue by Garrett Smith, which was exciting, and I also got to fulfill a dance dream of mine, which was to be in a Christopher Bruce ballet! I absolutely loved every second of being in Rooster and working with Christopher Bruce. That experience will remain in my memory as one of my favorite parts of my career.

Next season has some great surprises, world premieres from Ben and a ballet from your fellow company member Carl Coomer, along with Texas’s first taste of Alexei Ratmansky.

Next year holds a lot of new work and new opportunities! All of the dancers are looking forward to the prospect of challenging ourselves, expanding our repertoire, and growing as artists! Working with Ben as he creates is always an inspiring experience and one of the main reasons I work at Texas Ballet Theater. So I’m excited about that! I’m also looking forward to Carl’s new piece. He is a natural leader with a lot of talent. And we are thrilled to be getting to dance in Ratmansky’s Seven Sonatas! It will be a great opportunity for us. 2017-18 should be a promising season!