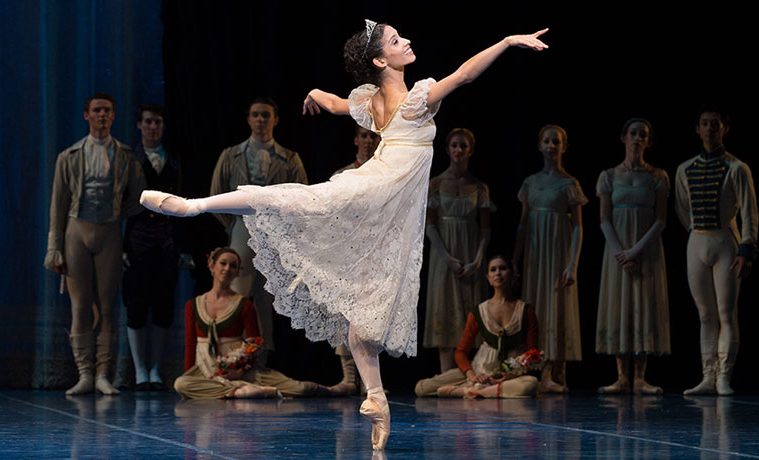 IMAGE ABOVE: Karina Gonzalez and artists of the Houston Ballet in John Neumeier’s A Misdummer Night’s Dream. Photo by Amitava Sarkar. 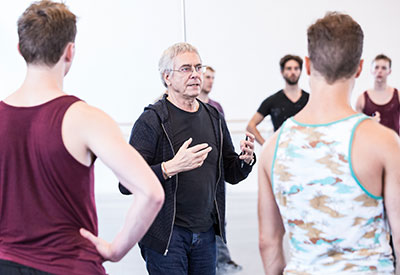 Watching John Neumeier rehearse Houston Ballet dancers Karina Gonzalez (Hippolyta) and Aaron Robison (Theseus) in the pas de deuxfrom his signature ballet, A Midsummer Night’s Dream, it became clear to me that the choreographer understands the soul of Shakespeare’s classic tale of magic, mayhem and mistaken identity—so much so that he can tell the story without a single spoken word. His choice words to Gonzalez and Robison appear to bring the story into being, as the dancers dig deep into the motivations for their actions, from the tiniest gesture of a reaching hand to a sweeping lift.

There are a couple of “firsts” going on when Houston Ballet launches its Shakespeare celebration season on Sept. 4-14 with A Midsummer Night’s Dream. It will be the first American company to perform Neumeier’s 1977 ballet, and this is the company’s first go at a ballet by Neumeier, who has been the artistic director of Hamburg Ballet since 1973. “I’m a big fan,” says Stanton Welch, Houston Ballet’s artistic director. “I have wanted a ballet of his for a long time.” During his tenure, Ben Stevenson even tried to get the ballet here, but the dates never lined up. “It’s destiny that I’m finally here,” quips Neumeier.

This is not, however, the first time his work has been seen in Houston. During the last Dance Salad Festival, Paris Opéra Ballet’s Manuel Legris and Laetitia Pujol performed the pas de deux from Neumeier’s Sylvia. 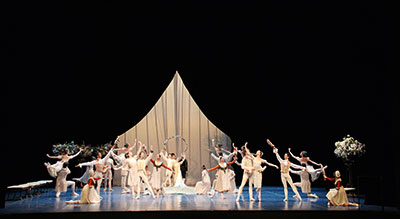 For Welch, Midsummer is the ideal Bard birthday bash season opener. “It’s a great fit for us. It’s fun and accessible,” says Welch. “And, he tells the story so well.” Welch is all about keeping his gorgeous flock in motion, so it appealed to him that there are 10 lead character roles. As Welch is in the middle of creating his first Romeo and Juliet, he’s also intensely interested in the process of moving from page to stage, which Neumeier has generously shared with the dancers. “I can’t listen to him enough,” says Welch.

Midsummer was not Neumeier’s first ballet based on a Shakespeare text, but it was certainly his first mega-hit, and became his calling card. The work graces the repertoire of Paris Opéra Ballet, Bolshoi Ballet, and numerous other international companies. “I like to think that Midsummer picked me,” muses Neumeier.

He recalled one of his teachers explaining the three different worlds of the play. Decades later, it would give him the structure of the ballet as it plays out in three distinct settings: the aristocratic court of Athens, the fairies’ cosmic world,  and the rustics’ charming stage. Each world is further defined by Neumeier’s musical choices. The four young lovers who flee the court of Athens for the forest dance to Mendelssohn’s Overture to A Midsummer Night’s Dream and other selections; the fairies, presided over by Oberon and Titania, come to life via Gyorgy Ligeti’s Volumina for Organ and Etude No. 1 for Organ (“Harmonies”); and a mechanical street organ cranking out (among other things) themes from Verdi’s La Traviata animates the antics of Bottom and his fellow rustics. 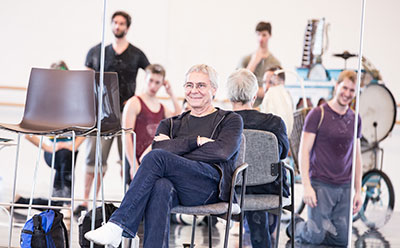 Midsummer was actually Neumeier’s third work based on a Shakespeare text, and he went on to create many more, along with other works based on literature, including Chekhov’s The Seagull, Dumas’ The Lady of the Camellias and Ibsen’s Peer Gynt. He’s thought the process through to such a degree that he’s quite an expert in the text-to-movement translation process. He sees a clear delineation between his ballet and its source text: “It’s not ‘it’ but it would not be there without it,” says Neumeier. “It’s my reaction and my feelings about the play. It’s not a replication.”

Watching Gonzalez and Robison go through their delicate paces, it becomes exactly clear what he means. The ballet is coming alive again in this studio, right now, with these dancers, with its creator in the room giving clues, ideas, and suggestions, so that they might fully embody these enchanted characters. Neumeier remains deeply invested in what a new cast of dancers can bring to his beloved ballet. “Each dancer is different,” he says. “I’m fascinated by the re-creation process. I’m always wondering, ‘could it be another way? What color so does this this dancer bring forth?’ The basic details remain the same, but there is a reshaping process. Dance is a living art. I cherish that part of setting a work. I’m interested in the present tense.”