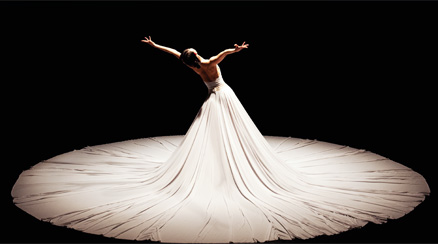 Dance Source Houston has assumed management of the Barnevelder Movement/Arts Complex. Formerly managed by Suchu Inc, Barnevelder provides space for rehearsals and dance classes for dance companies, as well a performance venue that is both convenient and affordably-priced for small to mid-sized arts organizations.

Gwendolyn H. Goffe, the Museum of Fine Arts, Houston’s associate director of finance and investment, will retire at the end in June after 25 years at the museum. Goffe served as interim director after the 2010 death of Peter C. Marzio, She is credited with an instrumental role in major expansion and construction projects and several capital campaigns, and during her tenure the MFAH’s endowment grew from $98 million in 1988 to more than $1 billion. Goffe will serve as a consultant as the MFAH plans its latest expansion.

As part of Public Radio Music Month, Classical 91.7 is hosting its first online video contest – The Classical 91.7 Air Conducting Video Contest, where fans are invited to submit a video conducting to one of the audio excerpts provided online.

Asia Society Texas Center’s Board of Directors has appointed John Bradshaw Jr. as acting executive director, replacing Martha Blackwelder who left after six years with the organization.  Under her leadership the center completed a $50 million capital campaign and began construction on a 40,000 square foot cultural center located in Houston’s Museum District.

The Houston Grand Opera Board of Directors announced Dr. John Mendelsohn as the next chairman of the board at an HGO.  Mendelsohn will succeed Beth Madison as chairman on August 1, 2013, while Madison will assume the position of senior chairman and Glen Rosenbaum will serve as chairman emeritus.

EnActe Arts, an international theater company, launched their first production, A Modern Vyaasa: Jean-Claude Carrière and The Mahabharata at The Menil Collection last month to packed houses; Houstonians showed up to see Carrière the star of international cinema and longtime collaborator with Luis Buñuel, who is known for his work with Peter Brook and his screenplay for The Unbearable Lightness of Being. The mission of EnActe is to bring South Asian Stories to wide audiences and to provide opportunities for performing artists and writers.

Hope Stone is accepting applications for their Hope Werks residency, an artist space residency offered to emerging choreographers and performance artists to assist them in the early stages of their artistic journey. Artists are given three months of unlimited rehearsal time at Hope Stone Studio and a “work-in-progress” showing to the public. Applications are due on April 19, 2013.

The Rothko Chapel honors Ms. Blanca Velázquez, a champion of worker rights and dignity in Mexico with the 2013 Óscar Romero Award for Human Rights. Leading up to the Award Ceremony on April 7, the Chapel will offer a series of public programs around the topics of Mexico and Labor Rights.

Houston Ballet has been recognized by the American Marketing Association’s Houston Chapter as the top Houston marketer in two categories for 2012: Arts: Performing and Services: Business to Consumer/Retail for Houston Ballet’s Nutcracker Market.