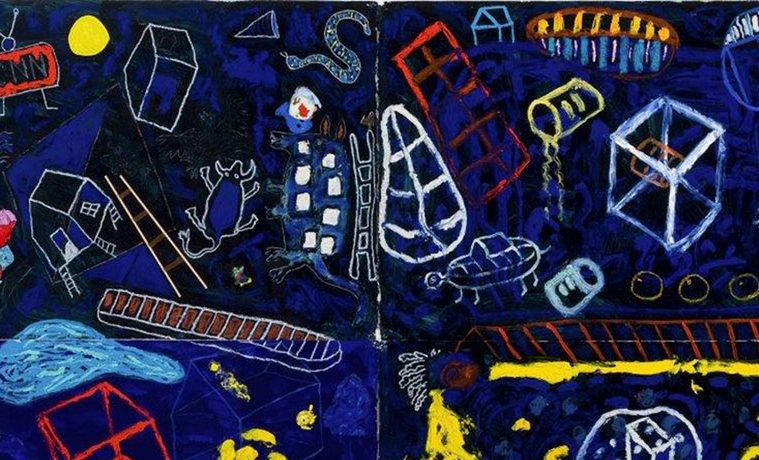 IMAGE: Floyd Newsum, After the Storm CNN, 2006. Oil and acrylic on paper, 82 x 52 inches. Courtesy of the artist and Wade Wilson Art.

The Dallas Museum of Art announced an anonymous gift of $9 million over three years to ensure free general admission to the DMA and enable the museum to publish its entire collection online. “The donation, effective immediately, will provide $4 million in unrestricted general operating support for free general admission,” a DMA statement said. “It is structured to include matching funds from additional giving of $2 million raised over a five-year period. The remaining $5 million will complete the digitization of the Museum’s permanent collection, including the creation of rich educational content to support free online experiences with art.”

The museum, which returned to free general admission while launching a free membership program called DMA Friends in January, also announced that more than 35,000 visitors have enrolled in the program, “94 percent of whom self-report no prior involvement” with the DMA. 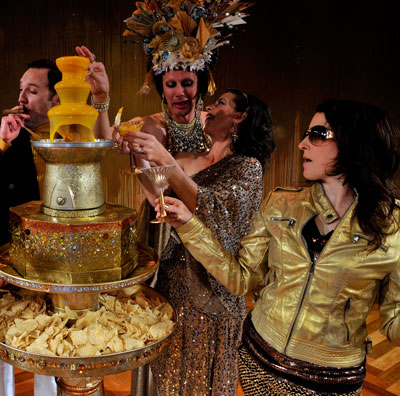 Rude Mechs in Stop Hitting Yourself.

Emily Ballew Neff, the founding curator of American painting and sculpture at the Museum of Fine Arts, Houston, will leave to direct the Fred Jones Jr. Museum of Art at the University of Oklahoma in Norman, Okla. in  January.

Xi Wang, who currently serves as associate professor of composition/theory at SMU Meadows School of the Arts, has won the Commissioned Music Project competition of Pi Kappa Lambda, the national music honor society. The award includes $2,000 and the commission of a new chamber music work for three to nine performers, which will receive its world premiere at the Pi Kappa Lambda annual convention in October 2014, in conjunction with the annual meeting of The College Music Society in St. Louis, Mo.

The Dallas Opera launches a brand-new recital series created to showcase well-established singers in programs dedicated to preserving the fine art of “art song.” The series, made possible through the generosity of the Titus Family, begins on Jan. 4, in Dallas City Performance Hall with the Dallas Opera debut of English tenor Ian Bostridge, who will be performing the original twelve-song version of Franz Schubert’s Winterreise as well as selections by Benjamin Britten, Charles Ives, Noel Coward and Cole Porter.

The Smithsonian Institution has acquired Houston artist Floyd Newsum’s painting After the Storm CNN (2006) for the National Museum of African American History and Culture, which is slated to open on the National Mall in 2015.

Ballet Austin’s Artistic Director Stephen Mills was chosen, along with other outstanding cultural leaders from around the world to be part of The Chief Executive Program of National Arts Strategies.

The Andrew W. Mellon Foundation has awarded the Blanton Museum of Art at the University of Texas at Austin a $504,000 grant to establish a curatorial fellowship program for a six-year period. The fellowships will be one academic year in length and awarded through a competitive process to current and incoming Ph.D. students in UT’s art history program.

The Museum of Fine Arts, Houston unveiled a new configuration of the gallery walls in its Mies van der Rohe-designed Upper Brown Pavilion in the Caroline Wiess Law Building. Designed by Ronnie Self, an associate professor at the University of Houston’s Gerald D. Hines College of Architecture, and MFAH exhibition designer Jack Eby, the free-standing walls “take their alignment from the fan-like structure of Mies’ original design,” said MFAH spokesperson Mary Haus. “The approach balances a clear orientation through the space with Mies’ intent to assure moments of spontaneous views.”

Houston’s Apollo Chamber Players returned from their East Coast tour which included a concert in Carnegie’s Weill Hall, with members of the Bulgarian and Czech Consulates of New York in attendance.

After a hiatus, Houston-based Theater LaB Houston is back with a temporary home at Obsidian Art Space in the Heights. The 2014 season includes Sixty Miles to Silver Lake, Husband Fixin’ 101, The Cockfight Play and Prodigal Dad.