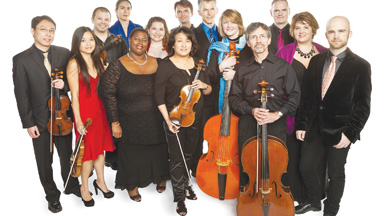 The Museum of Fine Arts, Houston (MFAH) has given the 2012 Meredith J. Long Core Program Award to Gabriel Martinez. The $10,000 prize, presented at the Glassell School of Art Benefit and Auction Friday, May 11, was inaugurated in 2008 and is given annually to a second-year Core artist-in-residence in recognition of exceptional artistic merit.

The Dominic Walsh Dance Theater is thrilled to announce that Dominic Walsh has been awarded Aspen Fringe Festival’s 2012 Award for “Exceptional Choreographer”, and the company will perform Walsh’s Camille Claudel at the festival on June 20 & 21.

Brave New Waves has launched a new monthly music series focusing on electronic, electro-acoustic, and other music forms. Performances are held the last Sunday of each month, featuring locals from Houston, and International artists and performers. Programs will include works by many of the field’s electronic pioneers, as well as providing opportunities for composers to have their work performed and heard.

Ars Lyrica Houston announced its 2012-13 season, entitled Anticipations. Highlights for this season include the Bach Magnificat to a “fencing lesson” by Heinrich Schmelzer. Handel’s Acis and Galatea, and Johann Strauss will ring in the New Year with A Viennese New Year and more.

The deadline to submit for The Big Show at Lawndale Art Center’s annual open-call juried exhibition is June 27. Works in all media completed during 2010-2012 will be accepted. The Big Show is open to all artists living within 100 miles of Lawndale and surrounding counties.

The team of Lake+Flato and Studio Red Architects posted the schematic design for the Independent Arts Collaborative, a 59,000-square-foot community arts complex that will occupy a full block defined by Main, Holman, Travis, and Francis Street, near the Ensemble/HCC stop on the METRORail. The proposed facility consists of four dedicated theater spaces, two rehearsal spaces/classrooms, several gallery spaces, along with back-of-house, support and office space. A message on the IAC’s Facebook page said, “While many elements of the design are still in flux… we would appreciate your feedback, so let us know what you think.”

Bryan Miller Gallery, formerly known as CTRL gallery, wrapped up its five-year run in Midtown’s Isabella Court on May 19 with the closing of its group show, CTRL Group Two. In addition to presenting exhibitions by local artists such as Natasha Bowdoin, Jamal Cyrus, and John Sparagana, the gallery introduced a number of out-of-town artists to Houston audiences, including Heimir Björgúlfsson, Sarah Cain, Jackie Gendel, and Anders Oinonen.