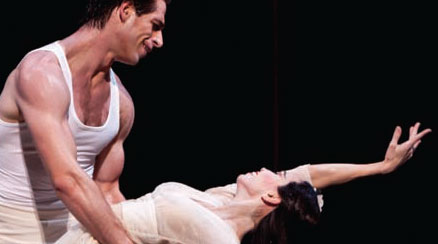 The two recipients of Artadia Awards 2012 Houston at the $15,000 level are Jillian Conrad and Carl Suddath. The three recipients of the $5,000 awards are Francesca Fuchs, Seth Mittag, and Jang Soon Im.

Opera in the Heights (OH!) sadly announced the passing of William Weibel, artistic director from 1998–2010. Weibel transformed a small neighborhood organization into a significant regional opera company. Maestro Weibel led OH! through a period of growth and success, setting the standard for the future of the company.

Houston Ballet’s James Gotesky has been promoted to soloist. He will be dancing in the Jubilee of Dance and in Ben Stevenson’s The Nutcracker. HBII dancers Michael Ryan and Bridget Kuhns recently returned from a trip to Australia, where they performed as guests artists in a prestigious competition organized by the Australian Institute of Classical Dance.

Gary Tinterow, Director of Museum of Fine Arts, Houston, has appointed Deborah L. Roldán as Assistant Director of Exhibitions. Ms. Roldán, most recently curator and exhibition coordinator at the Fundación Juan March in Madrid, joined the staff of the MFAH on October 8. She will coordinate exhibition planning and relationships with sister institutions, with oversight of related publications, programming and installations.

The Ensemble Theatre, now in its 36th season, has received a $75,000 matching challenge grant from Beck and Ralph S. O’Connor.

Joe Angel Babb is the new director of education at Society for the Performing Arts.

WindSync was named a winner of the 2012 Concert Artists Guild Victor Elmaleh Competition with the Adventurous Artist Prize.

The University of Houston Cynthia Woods Mitchell Center for the Arts recently launched a new program to fund innovative projects driven by the UH School of Art, Blaffer Art Museum, Creative Writing Program, Moores School of Music, and School of Theatre and Dance. In an effort to spur imaginative, transformational programming and underscore the role of UH as a generator of cutting edge artistic production, the Innovation Grants Program was launched in conjunction with the university’s UH Arts initiative, and funded in part by a major three-year grant from Houston Endowment, Inc.

DiverseWorks opens in their new Midtown location with Franklin Evans: houstontohouston on November 16, 2012.