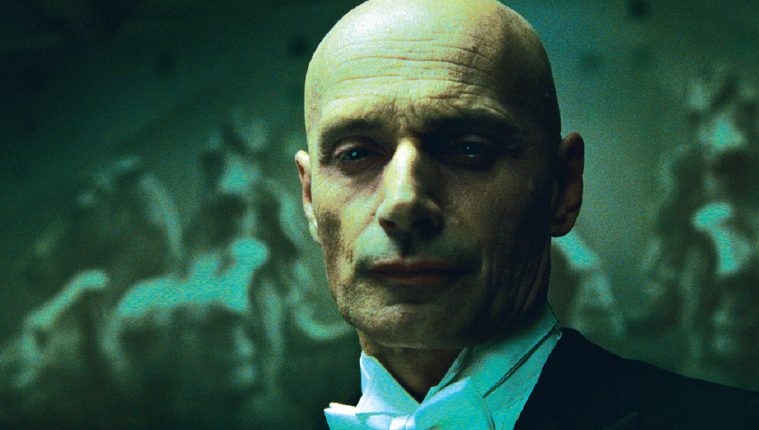 When I think about “dark,” in a general context of genre, my expectation is more often than not, weight or heavy handedness. Filmmakers exploring violence can fall into the trap of excess, and those interested in mystery lean on abstraction or purposeful incoherence, a la Lynch derivatives.

At Aurora Picture Show’s Pretty Dark Shorts Showcase, what separated the exceptional films from the others was the clarity, simplicity, and a lightness in which the filmmakers approached “dark” themes — lightness being the ability to let the images or story speak for themselves, as well as a comic sense of levity.

Denis Villeneuve’s “Next Floor,” by far the best film in the showcase (also clearly the most financially endowed), shows depraved gluttons incessantly devouring course after course of the most grotesque but uncomfortably appetizing meat plates. The weight of their feasting sends them through the floorboards, down to the next level, only to feast and repeat, over and over again. The rich shots of meat alone are worth watching. “Next Floor” is a funny, dark, and luscious picture of decadence.

I mention Alex Piperno’s “The Inviolability of the Domicile” because of it’s understated simplicity. In the dim light of dawn, a man prepares himself to be drowned by the mob, and is drowned. The single shot, removed far enough from the action, lets the viewer observe and nothing more, creating moral distance from the scene and an authentic sense of mystery, leaving the mind wanting rather than wondering.

“Poppy,” an animated film by James Cunningham, tells the true story of two soldiers who risk their lives in World War I to save an abandoned child behind enemy lines. It’s a story worth telling that reminds us that even in darkness, there’s a flicker of compassion.

In honesty, these three films are most likely the more well-funded projects shown in the festival, but production value does not equal originality. These films avoided the cliches of “dark” filmmaking, leaving a lasting impression.

— JOSEPH WOZNY
Joseph Wozny is a Houston based writer, videographer and musician.
www.theshapeofjunktocome.com