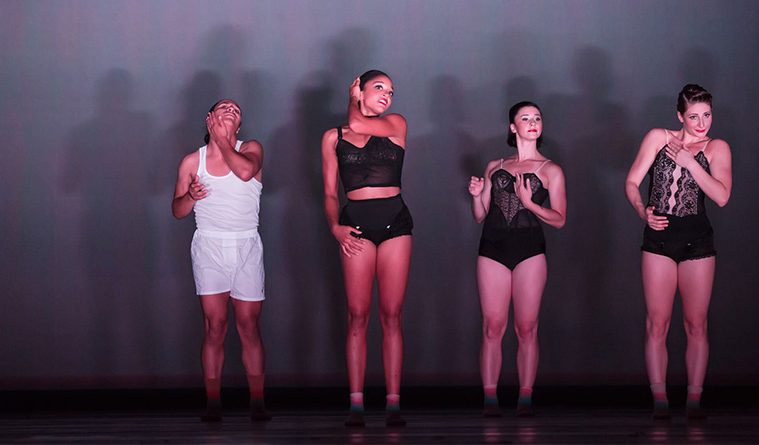 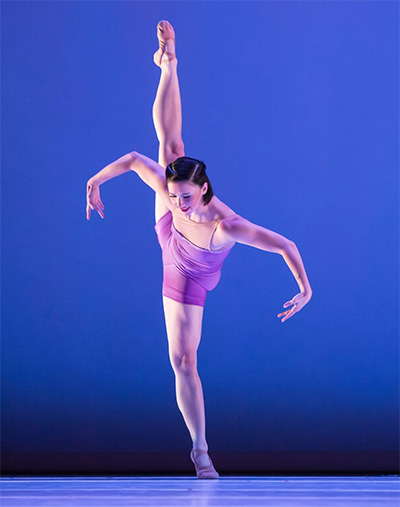 Genene McGrath of METdance in Stirring Simple Gifts in Shades of Blue by choreographer Caleb Mitchell. Photo by Amitava Sarkar.

After twenty years of success, a dance company might find itself hard-pressed to top itself season after season—but not the team at METdance.  Artistic Director Marlana Doyle, along with Associate Director Joe Celej, spend a good deal of time brainstorming how to continually reinvent one of the region’s few professional repertory companies. “We talk a lot about the season, the work, and what we want to do and redo,” says Doyle. “This season is United in Dance, and so we want to hone in on the cultural backgrounds of the work and dancers. They are all very different, and they all have a lot to give.”

That point is on full display in METdance’s next concert, Breaking Borders, which runs Nov. 17-19 at the Midtown Arts and Theater Complex (MATCH). The diverse program includes work by some of dance’s most sought-after choreographers, including a world premiere by Miami-based artist Rosie Herrera. At the time of this writing, Herrera was delayed in New York City, but her Houston stay will include a three-week residency and plenty of studio time with the company. “She likes the dancers to be involved with the process,” explains Doyle. “She wants to get to know them and their thoughts, and not just come in and set steps.”

For Doyle, it’s important to bring the work of noteworthy artists to Houston audiences, because it’s what METdance has always done best. “When I moved here 16 years ago, MET brought in guest choreographers to create work,” she says. “It’s what we’re known for.”

As she points out, Houston is home to many strong companies tied to the vision of their artistic directors, including NobleMotion Dance (Andy and Dionne Noble) and Frame Dance Productions (Lydia Hance). But METdance is the only visible presence keeping the repertory concept a relevant one. “There’s a clear artistic voice here, and that includes showing the versatility of our company,” says Doyle. “The MET dancers can jump from one thing to the next. We’re not just about one kind of style, and we’re not just about one kind of work.” 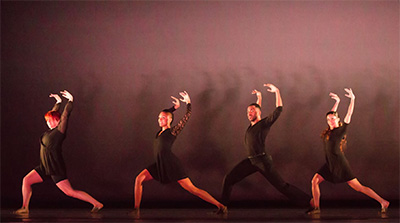 To illustrate, just watch Camille A. Brown’s New Second Line, which will be on the November program. Brown’s tribute to post-Hurricane Katrina New Orleans is a pulsating, joyously raucous melée of African-centric movement. If people are still referring to METdance as a contemporary jazz company, think again, because these dancers perform this piece with complete body and soul.

It’s fitting that New Second Line is on the program; it may be a funeral procession, but it’s also a celebration of life and its many possibilities. METdance has taken advantage of those possibilities as seen through its continual growth and national presence. “We’re so far south, but people in New York are starting to know who we are and what we do,” says Doyle. “At our most recent workshop there we had more than 100 people attend, and the previous year we only had 30 or 40. People love Houston, and also what we’re doing as a space.”

Doyle found two new faces for the company in New York. One is Paige White of Atlanta, who grew up in Chicago. “She didn’t start taking ballet until age 19,” says Doyle. “But we found her in New York when she came to our intensive. She has a lot of energy and is very enthusiastic. She fits right in and hasn’t missed a beat.” The second newcomer, Andres De Blus-Mommaerts is an experienced dancer with much of his career based in Europe. Originally from Colombia, he’s the company’s first O-1 visa holder and will be able to work in the US for the next three years.

The MET is certainly expanding its reach beyond borders, but is also deeply committed to the talent of the Lone Star state. Featured on the November program is Joshua L. Peugh’s The Clean-Cut American Stage Show, which the company originally performed at the Miller Outdoor Theatre in June. Like the best of Peugh’s work, it’s bold, full of energy, and highly theatrical. “It’s very endearing and very comedic,” says Doyle of the red-dress-and-checkered-coat dance. She became familiar with Peugh’s work through the Texas festival circuit, and thought the highly sought-after choreographer would be a great fit for her company. “Plus he’s from Dallas, so it’s great that we can support Texas artists with work.” 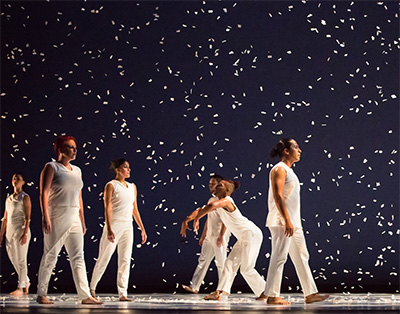 Moving into a twenty-first season is a huge accomplishment, but one that Doyle doesn’t take lightly. The scale of her season reflects her large-scale ambition, which sees the company at MATCH twice, the Wortham Center, and Miller Outdoor Theatre. Highlights include DUO, her annual Valentine’s Day-themed show, which in its third year has a new focus on commissions; Houston Ballet Principal Connor Walsh will be creating a work for the evening. The season closes in June with new work and a piece set by the winner of the MET’s Emerging Choreographer residency.

“As we move forward, we’re always reinventing the idea of the rep company and what that means,” Doyle says. Of course, a big part of that will always mean maintaining work by crowd favorites, so it’s no surprise that November’s concert rounds out with MET perennial favorite Kate Skarpetowska. “Her work is so intelligent in the way that it’s composed, and the audience always enjoys it.”

With MATCH, the company is also able to present their programs for multi-night runs rather than blink-or-you-miss-it, one-night affairs. I can imagine this will give the company the opportunity to relish living in the work, but it also gives the audience ample space to see every one of METdance’s essential programs.