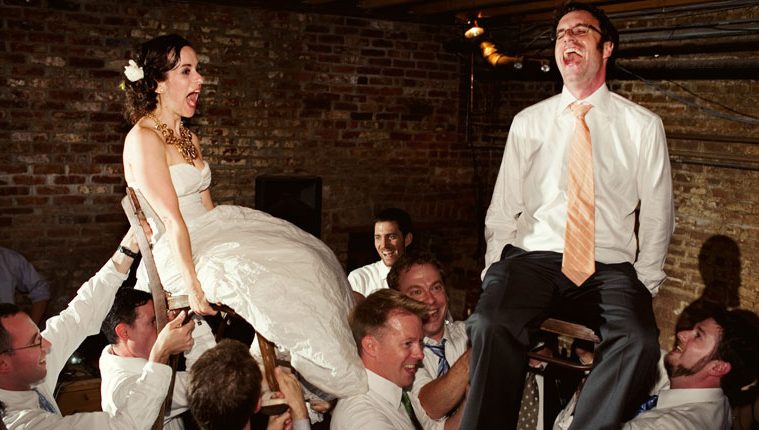 Defining “Jewish” is not terribly complicated; however, articulating Jewish identity (or any identity) can leave you running in circles. Thank God for the times when art, especially cinema, can guide and entertain us through the process of learning what it all means.

Nine years ago, Doreen Joffe and Sharon Kagan, then volunteers at the Evelyn Rubenstein Jewish Community Center of Houston (ERJCCH), saw that major cities around the world hosted one version or another of a Jewish film festival. They saw the impact these festivals had on communities, both Jewish and non-Jewish, and so they wanted Houston to participate as well. Since then the ERJCCH has partnered with the Museum of Fine Arts, Houston (MFAH), to organize and present the Annual Houston Jewish Film Festival.

Instead of focusing on different annual themes, the Houston Jewish Film Festival consistently presents a diverse mix of documentaries and feature films with meaningful Jewish or Israeli content. The Jewish community and Jewish film festival circuit itself helps make festival organizers aware of the content that contemporary filmmakers are creating, and how historical works are currently relevant.

“Each year, the festival is curated by a committee of volunteers who rate the films – either films that have been submitted to us for consideration, or films that are currently making their way through the Jewish festival circuit,” says Amy Rahmani, the ERJCCH Arts and Culture Program Coordinator.

This March, members of Houston’s film-loving community have the chance to see 18 different Jewish films, whether DigiBeta, DVD, Blu-ray, or 35 mm, screened at two partner institutions as well as at the Holocaust Museum Houston. According to Marian Luntz, MFAH Curator of Film and Video, the city has claimed a niche on the international itinerary of Jewish film festivals, which are often the only way to see these films.

Rahmani is especially enthusiastic about the festival’s efforts to bring audience members into contact with the artists. She explains, “Many of the films include post-screening conversations with actors and filmmakers which provide festival attendees with the opportunity to learn more about the content and filmmaking process.”

The 2013 festival includes conversations with filmmaker and Houston native Jon Schwartz of Seymour Schwartz: Home Movie and his uncle, Newton Schwartz, Sr. (who appears in the film) to discuss their family history and Houston’s Jewish history as portrayed in this world premiere screening. Ben Peter, who appears in the documentary Life in Stills, will further detail the account of how he and his grandmother fought to save the family store and, in turn, rescued documentation of Israel’s history. Finally, on closing night, with Hava Nagila (The Movie), filmmaker Roberta Grossman contextualizes this famous Jewish traditional folk song of the same name, often performed at Jewish weddings and Bar/Bat Mitzvahs.

Other festival highlights include an opening-night screening of A Bottle in the Gaza Sea, based on the award-winning novel by Valerie Zenatti, which tells the story of a budding, yet strained e-mail relationship between two teenagers, an Israeli girl and a Palestinian boy, the  result of tossing a note into the Mediterranean.

AKA Doc Pomus, the story of songwriter Doc Pomus who penned “Save the Last Dance for Me” on his wedding day. As wheelchair-bound Pomus enjoyed watching his new bride dance with their guests, he also wanted her to remember who would be taking her home.

Film-lovers can revel in the rare scenic glimpses of New York City neighborhoods along with depictions of early Second Avenue Yiddish theater marquees in The Cantor’s Son, a restored 1937 Yiddish feature-length musical drama. The story focuses on a young man who makes his way from his Polish shtetl (a small Jewish town or village in Eastern Europe) to New York’s Lower East Side where he is soon “discovered,” becomes a well-known singer, and eventually returns home to his family and loved ones.

The festival also includes a little light-hearted appeal with the romantic comedy The Day I Saw Your Heart, in which writer/director Jennifer Devoldère portrays the humorously impassive moments experienced amongst family members.

While the festival primarily attracts a Jewish audience, Rahmani says the ERJCCH tries to reach beyond any single demographic. One way they are able to do this is through their partnership with MFAH and the dedicated patronage of the MFAH Film Buffs, a membership group for movie lovers. Marian Luntz believes that film festivals create a unique dynamic among a group of people who have made the same commitment to attend multiple screenings in a condensed time frame – a bonding experience that she describes as something akin participating in a marathon.

So, while being Jewish is certainly not a pre-requisite for watching and enjoying these films, a little (festival) circuit training can’t hurt.