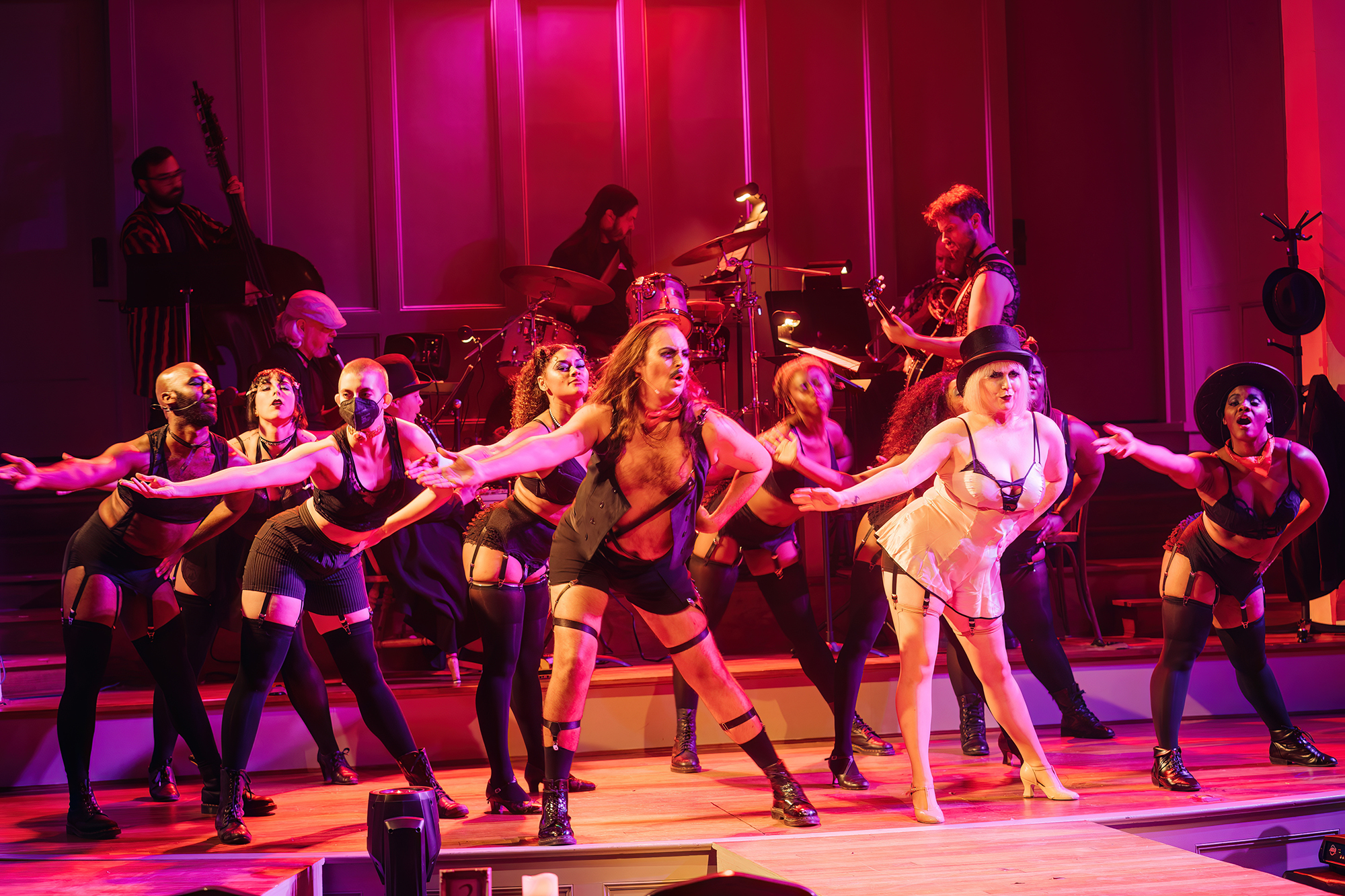 Come to the Cabaret: How an underdog musical triumphantly returned to Dallas

In summer 2022, a little-musical-that-could defied the odds in Dallas. Produced as an independent entity, Cabaret at Arts Mission Oak Cliff had no established theater company backing it, no built-in subscriber base, and no big names attached. It was also the first musical to be produced at the church-turned venue, and the first musical for director Sasha Maya Ada. And it was a hit.

“People who saw the show told their friends to go,” says co-producer and choreographer Avery-Jai Andrews, who is also AMOC’s interim executive director and played Fraulein Kost in the production. “We had all this momentum and excitement getting the show up, and even finishing the first weekend with a sold-out show, that only an act of God could stop us—and that’s exactly what happened.”

Historic flooding turned Dallas into an official state of disaster on Aug. 22, almost directly after Cabaret had concluded its opening weekend. “I remember standing in the flooded basement, a couple hours into siphoning up the same puddle that never seemed to get smaller, and realizing something was changing,” says Brian Harden, who played the Emcee and co-produced the show with his company The Lost Boy Presents. “It was this dawning understanding that the show was done in that moment.”

But in true theater tradition, that “let’s put on a show” mentality turned into “the show must go on.” The ArtsActivate grant Harden had received through the City of Dallas Office of Cultural Affairs could support a return, Concord Theatricals extended the rights to the musical, most of the cast was still available, and the nonprofit AMOC offered up its space once more. Cabaret is returning Jan. 11-14 and 18-21, allowing even more people to experience Kander & Ebb’s 1966 musical in an immersive, updated way.

“I wanted (and want) it to be visceral,” says Ada. “I want everyone who comes to the production to see themselves in it. Why? Well, I’ll give a selfish reason and then the appropriate director response: I don’t get to see people who look like me get to be sexy. Yes, it’s shifting and good golly that feels so good! But for some reason when Cabaret comes to mind, tiny white women in lingerie Fosse-ying it up is still the default.”

The story of an American writer experiencing the waning days of the Weimar Republic and beginning of the Third Reich in 1930s Berlin is still scarily relevant today, and everyone involved wanted to press that idea. “I gotta believe that there is a way to honor the story and the story as it exists in 2023—because we need it,” continues Ada. “And the casting team must be mindful of this because we exist in a world where queer spaces are being targeted, a Black man is praising Hitler, and white supremacists are once again loading into moving trucks to destroy lives. Everyone is involved. Everyone is at risk.”

“My Emcee is queer and debaucherous and unafraid of who he is in a time that was quickly repressing this newfound freedom,” agrees Harden. “Even today, we see those trying to dampen the lights of those that are spreading love, all by the justification of their own superiority.”

Those who frequent Oak Cliff might recognize Harden as Taco y Vino’s Lotería host, or from the murder mystery dinner parties that he produces around the neighborhood. But Andrews points out that the majority of the artists involved are “not prominent figures in Dallas,” and that for many, this was either their first experience with musical theater or a long-awaited return to the stage. 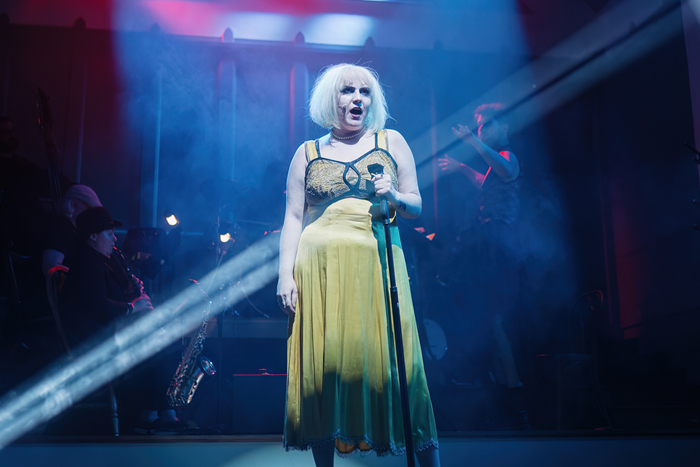 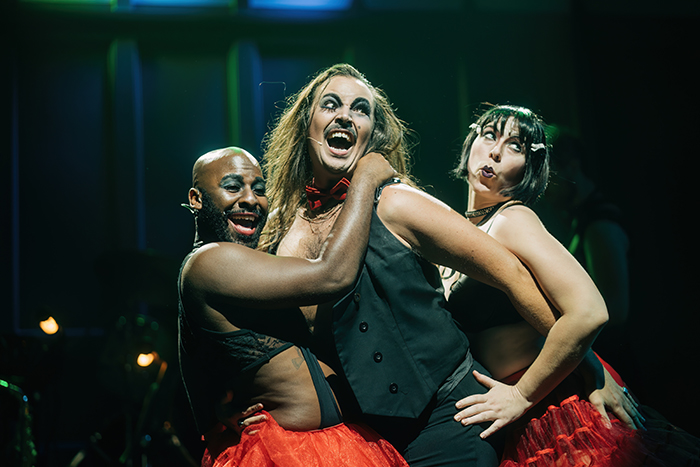 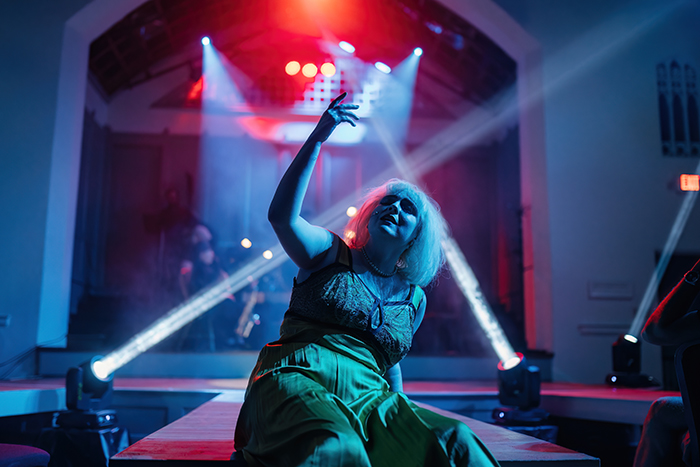 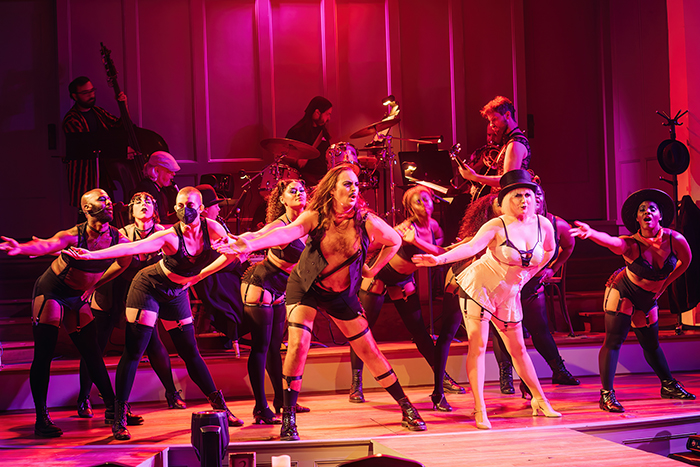 The cast of the Arts Mission Oak Cliff production of Cabaret. Photo by Evan Michael Woods.

“[I approached the role of nightclub singer Sally Bowles] with a lot of excitement … and anxiety!” says Abigail Palmgren, who last appeared in a show for the Festival of Independent Theatres in 2017. “She’s been a dream role of mine since I was a child, and it’s a very interesting feeling to finally be given the opportunity to play her. I wanted to make sure I was cognizant of the core reasons of why I love her and the show, while also trying to learn from the incredible artists that I’m getting to work with. And, you know, maybe have some fun.”

Businesses all over Oak Cliff extended their support to make this show happen, and Andrews says 80% of the show’s costumes are borrowed from Dallas Theater Center’s costume shop. She also praises Matt Yetzer for loaning his audio equipment and construction skills, and Sonya Eudaly from DIRT Flowers for bringing the production’s aesthetics and atmosphere to life, from décor and set painting to make-up and good old-fashioned labor.

“We are very lucky to be in a neighborhood that is truly excited and eager to support the arts,” says Harden. “AMOC has built such an amazing community around itself, that it becomes magic in how things always keep coming together. With the tragic closing of our initial run right as we were ramping up, we found a light in the darkness. People who had seen the show were excited that they had the chance to experience it, and those that missed it were sad that they didn’t get that chance. It led to more conversation around the work, and that in turn led to more interest. Now, here we are, back to see it through to the end.” 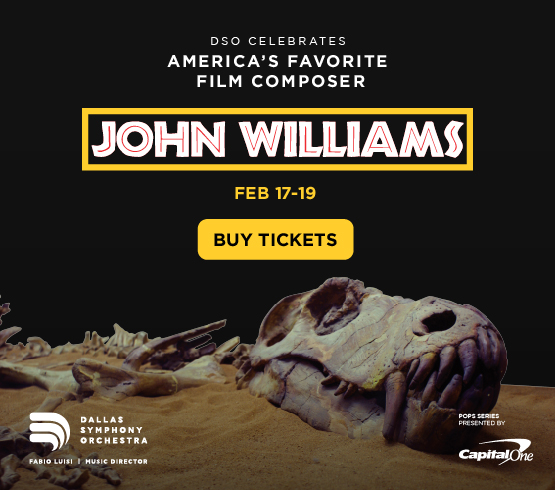