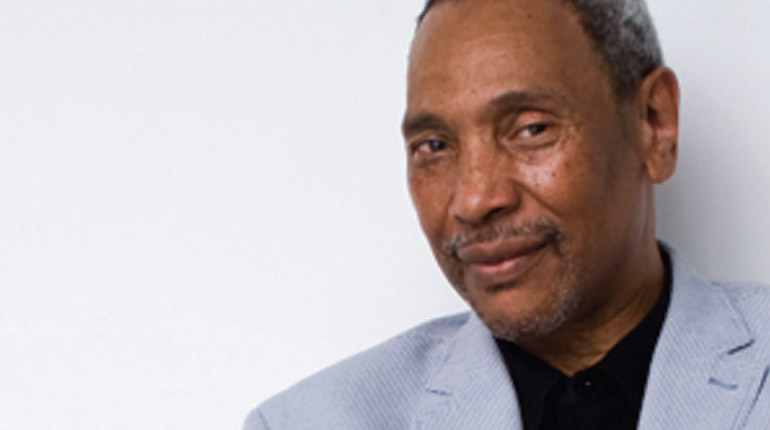 For a guy prone to joking that he’d like to get his hands on “whoever invented 24/7,” John Guess Jr. is pretty good at it. A native Houstonian active on the boards of the Contemporary Arts Museum Houston, Houston Arts Alliance, and other cultural institutions, Guess has spent the last three years as CEO of the Houston Museum of African American Culture, professionalizing its fundraising procedures and ethics and collecting policies while moving into a Museum District building and bringing a contemporary, multicultural emphasis to its programming. Guess spoke with A+C visual arts editor Devon Britt-Darby on what’s next for HMAAC.

A+C:  HMAAC has received kudos – from me as well as others – for being an African–American museum whose multimedia programming targets a multicultural audience. This year you’re taking a similar approach to talking about gender with your series If I Were a Boy … Works by Women for All of Us.

JOHN GUESS JR.: Our season this year is a discussion about identity, migration and romance which we explore through the series and other programs and exhibitions we will present. If I Were a Boy started off being a series of four lectures by prominent women that morphed into our current series thanks to talks I had with our curator Danielle Burns.

We wanted artists that followed in the HMAAC tradition of transcending race, and in this case, gender. Then it was a matter of rounding up some of the most dynamic artists–filmmakers, visual artists, curators, writers–making art out there nationally, and as HMAAC has done the past two seasons, bringing that conversation to Houston.

So look for work from the likes of Ava DuVernay, Sundance Film Festival’s first African American honored with its director award for her film, Middle of Nowhere; for British Nigerian filmmaker Zina Saro-Wiwa; for Pulitzer Prize-winner Isabel Wilkerson, who will talk about her celebrated book The Warmth of Other Suns; for Florida artist Eleanor Merritt and her Revelations of Goddesses; for former Glassell Core artist Nicole Miller and current Core critic Sally Frater [an A+C contributor]; and for local artist Jade Cooper.

Add to that mix New York Museum of Art and Design curator Lowery Sims and Carol Adams, president and CEO of Chicago’s DuSable Museum of African American History, on a panel about Identity and Responsibility, and I think we’re once again bringing a dynamic discussion to the city.

JGJ:  When Danielle brought up Bert doing a show, I thought he was a bit saturated in this market, but what they have come up with is artistically and intellectually a conversation that should resonate across the country during this election year. It’s an ice installation titled Melting Pot and is meant to be a tribute to the promise of Houston and America and also the challenge in meeting what many feel is still unfulfilled about it. We’ve got a November panel being assembled where we have invited former Congressman Harold Ford Sr., syndicated columnists Clarence Page and Leonard Pitts Jr., and UT scholar Edwin Dorn.

Just as exciting is bringing home Peter Beste and his photography exhibition, Houston Rap, from his upcoming book of the same name. Peter is known for the seven years he spent photographing and documenting the insulated and secret community known as Norwegian Black Metal. All the while his fascination with the Houston rap scene never faded, and we get to see the fruits of it in January, as HMAAC continues to explore the cultural influence of Hip Hop with the assistance of the Houston Arts Alliance Folklife Program.

Now, if that doesn’t get you excited, you should know that we are hoping to collaborate with the CAMH to have Kalup Linzy give a performance at HMAAC as part of CAMH’s Radical Presence exhibition. This would be our third performance-based program deriving from a CAMH exhibition, and they have all been fabulous; Theaster Gates, composer Pamela Z and now Kalup. Wow!

A+C:  In March, the Houston Chronicle’s Molly Glenzter reported that HMAAC needs to raise a $5 million endowment and $1 million a year for operations. What’s the progress on those fronts?

JGJ:  We’re trying to do our part in bringing national excellence to our community.  That has resulted in, I think, a renewed interest in the larger foundations here, and I am optimistic still about gaining that support. Remember, we’re only in the third year of this organization’s turnaround. So I remain optimistic that this is the year we break through to significantly more local support that recognizes our achievement, in addition to the Houston Endowment, HEB, Centerpoint Energy and the Scurlock Foundation, all of which have given us multiyear grants; and Gilbane Construction and Vinson & Elkins, LLP, which continue to provide us with pro bono assistance.

We are also trying to take advantage of our solid reputation across the country.  We are putting together a small fundraiser in New York for January 2013, when Roux, our first traveling exhibition, opens in New York. We are negotiating a Def Poetry Jam benefit with Danny Simmons and have grant proposals being prepared for the Kresge and Ford Foundations.

I’ve also become friends and entered into conversation with businessman, Huffington Post columnist and Brooklyn Philharmonic Symphony CEO Richard Dare about newer business models to support non-profits. Our partnership with AFFRM, a film distribution collaborative for African American films that includes our participation in the national theatrical release of Middle of Nowhere, is an example of such a model. So please go and see the movie in October; part of the ticket you buy will support HMAAC.

As for the $5 million endowment, we have begun to approach individuals locally and nationally about chairing our upcoming Making History capital campaign.

A+C:  For potential funders who have gotten used to watching HMAAC do more with less, what would doing more with more look like?

JGJ:  Doing more with more would allow renovations to drastically improve the building aesthetics and address climate control issues that prohibit some artworks being presented by us, would allow our building security to be improved, would allow current programming cost shortfalls to be met, would allow full staffing of at least ten people and would allow us to plan without being subject to constant cash flow challenges.

More would allow HMAAC to fully emphasize its ongoing arts education and expand it. Currently we give the building over for a month in the summer to a dance camp. Although field trips are a part of the camp, we could provide more in–house arts education to the kids. We could provide vocal lessons for Young Harmonies, a new children’s group we are sponsoring, which performs at a number of venues including the Children’s Museum of Houston, and will give concerts at HMAAC once a quarter.

We could have a regular tour van that originates at HMAAC and travels to the Gregory School, Emancipation Park/Project Row Houses and the Buffalo Soldiers Museum before returning to HMAAC.

It is the ability of HMAAC to join with these and other institutions including the University Museum at TSU, Museum of Cultural Arts Houston, the Community Artists Collective and others that will bring the greatest gift of African Americans to the city. One thing is for sure; you can count on this gift to Houston being delivered.