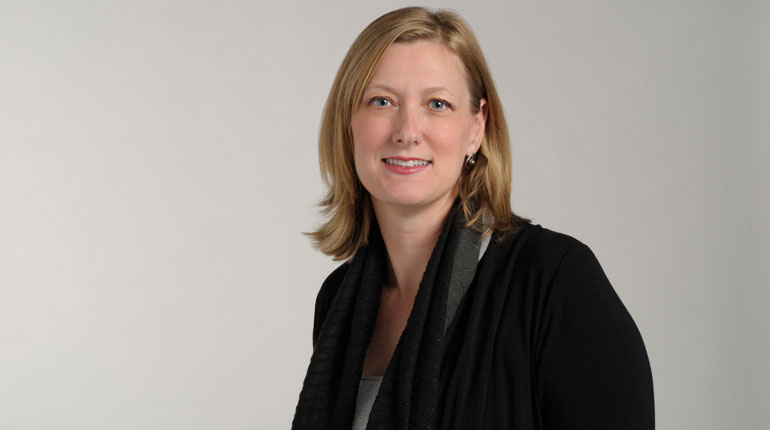 It has been a busy year for Elizabeth Dunbar, sale who became executive director at DiverseWorks in January. As the multidisciplinary arts space celebrates its 30th anniversary, Dunbar has honed its programming focus, brought in new staff and a new artist board, and prepared for a move from its north-of-downtown location to 4102 Fannin in Midtown. She sat down with A+C visual arts editor Devon Britt-Darby to discuss what’s in store for the new DiverseWorks.

A+C Houston: Let’s talk about how you decided to move to the Midtown space.

Elizabeth Dunbar: Those conversations about moving to a more central, accessible location took place for many, many years. People have such a difficult time finding DiverseWorks. When we moved to that building 20 years ago, there was the thought that the art world was moving to that part of town, but it just didn’t really take hold, so we want to be more connected with the rest of the community and what’s happening around the city.

Of course, we’re losing some things at the same time, but we felt that for us right now this is the best solution.

ED:  We’re scaling down total square footage, so we’re at about half the footprint of the current location, and most of that is the theater. We couldn’t afford to have that kind of space in a location like Midtown, and more and more of our programming is focusing now on the intersection of performing and visual and literary arts. Performance and the way it has been presented in the past at DiverseWorks is shifting, and in our new location that will happen inside the gallery space itself, so we won’t necessarily require a black box theater space as much as we have in the past. There certainly will be times when we need one and we’ll rent that when it’s necessary.

A+C:  What niche do you see DiverseWorks occupying in the city’s art scene?

ED:  Since I arrived in January, there’s been a lot of thought put into the question, what does DiverseWorks need to look like in the Houston arts ecology? For me, it’s a matter of looking to our past at the successful and exciting things that DiverseWorks has done, and asking, how do we update that? DiverseWorks has always been known for very active, engaging, lively, experimental, unexpected programming, at least in its early years, and I want to bring those things back to the core of what we do, even while acknowledging that there are other things in town, and that we need to differentiate ourselves. I think we can find our niche at the intersection of performing and literary and visual arts.

Prior to my arrival, the programming was somewhat bifurcated, in the sense that visual arts programming had a separate curator and performing arts had its own curator, and occasionally they would mingle and there would be a project that was kind of in both areas, but they operated fairly independently. Moving forward, I would like to see those things come together and move toward a fusion of those disciplines, and that really is an acknowledgment of where contemporary art is right now anyway.

A+C:  What role do Houston artists have to play in all this?

ED:   We’ve just relaunched our artist board with about 25 artists from all disciplines. They’re very active and have helped us design some of the programming. You may have heard of DiverseWorks on Wednesdays, which will be a weekly event every Wednesday night from 6 to 8 p.m. The artist board is taking ownership of this program, selecting between two and four activities that will happen every Wednesday night. It could be anything from a film screening to a lecture to a performance to a workshop to a dance. Every week it’ll be different.

A+C:  Given that you’re moving the performance you present from a black-box-theater mode to a gallery setting, it seems that a big concern will be: what is the gallery like when there isn’t, say, a live element? How is it activated when the performers aren’t there? Because we’ve all seen uninteresting examples of that.

ED:   Yes, and it’s very difficult to convey the energy and content using solely documentation, so we’re very conscious of that as we move forward on this project. What does the gallery experience look like? What happens when it’s not animated by a live person? Does it stand up on its own? We’re very much aware of those problems. We’ve divided the new space into … a more traditional gallery space and an adjacent flex space. The flex space is where our DiverseWorks on Wednesdays projects happen, so that is constantly changing and being animated on a weekly basis.

Whereas the exhibition space, well, take Franklin Evans’s piece (which will open in DiverseWorks’s Midtown space November 16). He’s a visual artist; he’s a painter; he works a lot with literary texts, so there’s a literary element as well as a performative element that animates the exhibition aurally, so it’s a fully immersive experience. If you drop in on a Thursday afternoon, are you going to see somebody performing? No, but you’re going to hear the sound component; you’re going to see the visual. It will still be active and alive. And that’s the point. How do you translate that over a ten-week period?

And some things are going to be one-offs. It’s just going to be an event, and it’s going to be over, and there will be documentation somewhere, but we’re not necessarily going to present it. That’s the beauty of this kind of art form: some of it, if you missed it, you missed it.