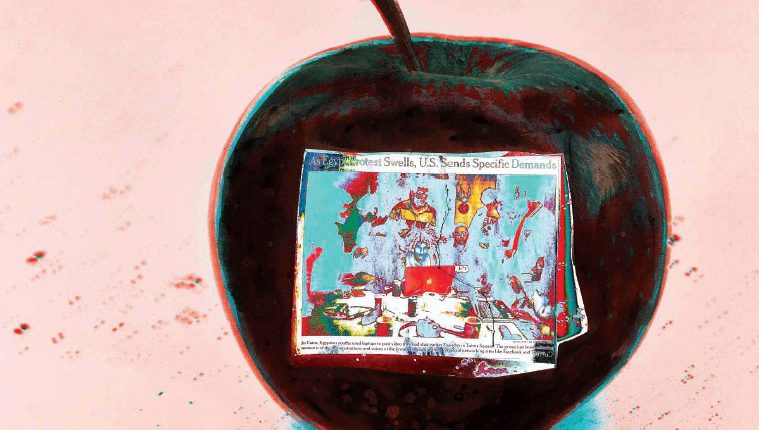 Utopia and Dystopia at the Museum of Fine Arts, sales Houston

IN A 1929 PHOTOGRAPH BY RUSSIAN avant-garde artist El Lissitzky, an extreme close-up of an eye stares out at the viewer, one dark, bristling eyebrow hovering over the oculus. The subject’s pupil has been cut out, and a three-quarter- view portrait of a man has been pasted in its place. The man’s piercing gaze is focused on something outside of the photographic frame, perhaps suggesting an expanded field of vision. As represented in this photograph, titled “Dziga Vertov — Kino Auge,” the advent of photography in the mid-19th century exposed possibilities for new ways of seeing the world.

While Lissitzky’s “Kino Auge” (translated to “camera eye”) alludes to developments in early 20th-century Soviet film, specifically filmmaker Dziga Vertov’s experiments with montage, since the beginnings of photography nearly a century earlier, artists have experimented with this new technology of vision, utilizing the medium to examine, confront, and interrogate the world around them.

Lissitzky’s photograph is one of approximately one hundred works that comprise the exhibition “Utopia/Dystopia: Construction and Destruction in Photography and Collage,” scheduled to open at the Museum of Fine Arts, Houston on March 11, 2012 in conjunction with the FotoFest Biennial.

Organized by MFAH associate curator of photography, Yasufumi Nakamori, “Utopia/Dystopia” explores the many ways in which artists over the past 150 years have used photography to both confront the difficulties of their daily lives and to present their dreams of a better future.

“Since the mid-19th century, early in the history of photography, numerous artists have dealt with the conceptual matrix of utopia and dystopia as an inspiration or a subject for their art, utilizing photography’s flexibility and elasticity to artistically and technically mold and express their visions of imagined worlds,” says Nakamori.

The works in “Utopia/Dystopia” demonstrate a range of both analog and digital photographic processes, including photomontage, photocollage, photogram, and photographic manipulation using Photoshop, as well as drawings and sculptures that incorporate photographic elements in a multitude of ways.

“The early 20th-century avant-garde movements of Cubism, Dada, Surrealism, and Constructivism all embraced these methods, and the approach remains compelling today.”

The wide range of work exhibited in “Utopia/Dystopia” spans from the 1860s to the present day, made by such manifold artists as László Moholy-Nagy, Hannah Höch, Okanoue Toshiko, Vivan Sudaram and Matthew Buckingham, among others.

In addition to the historical breadth of the exhibition, the works on view are also spatially expansive, made by artists from Asia, the Americas, Africa and Europe.

“One of my goals in organizing this exhibition was to bring together these artists’ works in a global, transnational context,” says Nakamori. “’Utopia/Dystopia’ presents viewers with a complex layering of ideas and images; an intellectual and visual constellation of the concepts of utopia and dystopia.”

Organized around three principle themes — Envisioning the City, Constructing the Figure and Searching for Utopia — collectively, the works in the exhibition respond to various social, political, and cultural crises. The twinned concepts of utopia and dystopia have often been invoked in the context of war and revolution. Berlin Dadaist John Heartfield’s photomontages express biting social and political commentary of Weimar-era Germany, which witnessed Hitler’s rise to power.

The subject of South African Sam Nhlengethwa’s collages is another political transition — the end of apartheid. Lebanese artists Joana Hadjithomas and Khalil Joreige address the ongoing civil war in Beirut in their series “History of a Pyromaniac Photographer” (1997- 2006); and Martha Rosler’s work deals with the civil unrest on American soil during the Vietnam War and the rise of second-wave feminism in the 1960s.

Several artists in the exhibition focus on urban environments — both real and imagined — as the sites in which such dystopian despair and utopian idealism is played out. “Re-Ruined Hiroshima” (1968), by Japanese architect Arata Isozaki, portrays the post-nuclear landscape of the city. A collage of found photographs and Isozaki’s own drawing, it is unclear whether the architectural structures depicted in the deserted cityscape are being constructed or destroyed.

Unlike Isozaki’s barren terrain, John Sparagana’s “Untitled (Tahrir Square Crowd)” (2011) is teeming with people protesting against President Hosni Mubarak. Made from images that have been sliced out of magazines and then woven back together, Sparagana’s collage is both formally and thematically complex. The composition is only partially legible; the swirling vortex of the crowd is out of focus, blurred by Sparagana’s photographic mosaic. The aerial view of the Arab Spring resembles a surveillance photo, and the pixelated effect of the collage is indicative of the digital age in which we live.

As Nakamori observes, “Although these artists address the specific realities that they faced in their lives, their works are still relevant to the political and social conditions of the twenty-first century.”

The act of cutting and pasting that is so essential to the artistic practices of collage and montage has become ubiquitous in today’s technology-driven and media-saturated society. Though “Utopia/Dystopia” pays considerable attention to the historical framework of early 20th-century avant-garde art practices with which may of the works in the exhibition are engaged, it nonetheless resonates deeply with our present age.