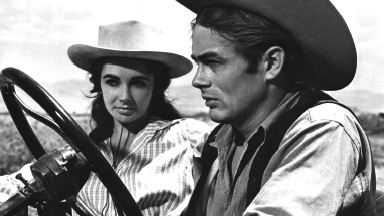 In more than two decades, online Michael John LaChiusa has been one of our most prolific composers for musical theater, illness as well as opera, help not to mention shows he categories as musicals but others consider opera. Acclaim has been wide, but mainstream success has yet to catch fire.

Of the myriad of complex shows he has composed, including “See What I Want to See,” “Bernarda Alba,” “First Lady Suite” and “Hello Again,” only two have made it Broadway. The ambitious “Marie Christine” (1999) only had 42 performances, despite Audra McDonald in the title role; and the Tony nominated “The Wild Party” (2000) made it to 68. He worked with McDonald again when his one-woman opera “Send (Who Are You? I Love You?)” had its world premiere at the Houston Grand Opera (paired with Poulenc’s “La Voix Humaine”), and a collaboration with the Metropolitan Opera (for a version of the Tale of Scheherazade) is still in the works.

He also recently had a new show open Off-Broadway, “Queen of the Mist” (produced by the Transport Group, which gave the Dallas-born “Lysistrata Jones” its New York debut). Perhaps one of his biggest challenges, though, has been a musical version of Edna Ferber’s novel “Giant,” best known for the 1958 movie starring Rock Hudson, James Dean and Elizabeth Taylor. The musical, which features a book by Sybille Oearson, had an early workshop in 2009 at the Signature Theatre in Arlington, Virginia. That version was four hours long. It has been scaled back and for a new production that debuts at the Dallas Theater Center in January, in a co-production with New York’s Public Theater.

Directed by Michael Greif (“Rent,” “Grey Gardens” and “Next to Normal” on Broadway), the production features a starry New York cast that includes Aaron Lazar, Kate Baldwin, P.J. Griffith and Dee Hoty. It will rank as Dallas Theater Center’s biggest production ever.

TheaterJones’ Mark Lowry talked to LaChiusa about the project.

A+C: Had you read “Giant” when you were approached to turn it into a musical?

MICHAEL JOHN LACHIUSA: I read it when I was younger, around 13, and I didn’t remember much about it. It was a little mature for me when I first read it. I was familiar with the movie. It was the niece of Edna Ferber, Julie Gilbert, who approached me about the project, a good decade ago. That was the first time I really sat down to read it. So I read it and said “no, goodness, it’s too big.” Another year later she came back and said “are you sure you don’t want to do it?” and I read it again. And I went “oh, I get it.” I let it gestate for a while, and decided I would have to work with a collaborator instead of write the book myself, which I sometimes do. I approached my friend Sybille Pearson. She read it and said “oh, absolutely not.” And I said please go back and read it again, and she did, and found a way into it, and that’s how we began work on the piece.

I understand that when the show had an early version at the Signature Theatre in Arlington, Virginia, it was long. It was four hours long with two intermissions. It was one of the most fascinating events, because I didn’t know if we could pull it off. It was one of those wonderful opportunities for both Sybille and me because of the grant and the theater and the ideology of why we were allowed to do it at epic length. It was an “anything goes” sort of project. I said “Ok, you’re asking for it, I’m going to write a three-act epic, telling this story of America in 25 years. And it’s about Texas. You don’t do things small about Texas.” We did it and the audience went on that ride, they were there from beginning to end. The show didn’t feel like it was that long.

How did you decide to approach again with editing?

When we decided to bring the show to the Public Theatre to see if they’d like to produce it, we had economic issues to deal with in a piece that long, for one thing. And secondly, on reflecting on it, we realized that we would always have our opera, with the commission for the original piece. I said “let’s take this piece and transform it so it could travel.”

At the Signature, it was an art installation basically. They [told us that] there’s a four hour “Porgy and Bess” and there’s a two-and-a-half hour “Porgy and Bess,” and you can have both. That gave me the inspiration to go into the piece and keep what we have, intact, and be able to edit it and condense, and still have the epic that we desire to be able to tell the story, without sacrificing. The famous movie version wasn’t completely faithful to the book.

Ours is solely based on the novel. We haven’t done anything from the movie at all. In the movie there’s quite a beautiful evocation of Texas, the pictures of Texas are what really tell the story. In ours, the music’s job is to conjure up those images of the great sky you see there, or the 10,000 head of cattle. One thing in the movie, and it’s a classic scene, but it’s not in the book or our show, is a conversation that Bick has with a bigoted restaurant owner. It shows a hero fighting. There’s a very important reason why it doesn’t happen in the book. That’s one fundamental difference of our storytelling. There’s something bigger at stake. One of the themes is tolerance of immigrants.

How does this story about Texas in the early 20th century relate to the larger picture of america?

We wanted to make sure that remarkable thing that the novel has of celebrating Texas but also not be afraid to open the era up and say “you know, this could be fixed.” The book uses Texas as a metaphor for our entire country. Edna Ferber, as a writer — and not just with Giant but with other books like “Show Boat” and “Saratoga Trunk” — did address issues that our country was facing. She had a point of view and influence that allowed her to choose subject matter and points of political interest that were global enough so that no matter what time period you’re living in, you will recognize something in her book that’s very similar to the time in which you are reading that book. Whether it be 10 years ago or 10 years from now. I think that universal look at the human condition is hopefully something we’ve infused the musical with, as a nod to Edna to prescient issues like Mexican immigration laws and protection and border patrol …and all that. Those are always going to be with us as a country, like the legacy of slavery will always be a part of our identity. And that’s what she sought to do as a writer, to see who are we as America, what is our identity? She was still writing about the 20s, but it was 20 later when she wrote the book. As long as she keeps it universal, it won’t matter if it is indeed an issue about Muslims entering our country or Mexicans entering our country.

How much research did you do with the music of Texas and Mexico at that time?

I did the stuff that you have to do to get the taste of it in your mouth. I listened to cowboy songs from the turn of the century, and also bluegrass, the anthems, the Mexican dances, Mexican folk songs. All of those things I listen to, get a taste of, reflect on, and then hopefully filter through my own point of view, my own sensibilities and feelings. There was a lot of research, but at some point you have to take the leap off into the deep end and go “Ok, now it has to become mine.” This is my idea of what this sounds like.

Kate Baldwin plays Leslie, the Elizabeth Taylor role. What made her right for the part?

The character ages — it takes close to 27 years — we have to see a young woman in her 20s move into her 40s and then into her early 50s. Kate has the ability to do that cross-generational switch without makeup, which we’ll have and will be great, but she’ll be able to bridge all those age groups.

Many of your musicals have been based on source material ranging from “Medea” to Schnitzler’s “La Ronde” to Federico Garcia Lorca’s “The House of Bernarda Alba.” How do the ideas come to you for adaptations and original stories?

“Queen of the mist,” which is an original musical, just opened off-broadway. For me, it’s the story and the characters either grab me or they don’t. I don’t really know myself what it is. It’s sort of like a genie, you hope to grab it by the tail when it comes whizzing by you and hang on tight if you can.

I know you’ve been to Dallas before, when Theatre Three produced “The Wild Party.” Are you looking forward to returning?

Yes, I’m looking forward to getting down there. I have a good time whenever I come down there and I eat really well.

“Giant” begins January 18 at the Dee and Charles Wyly Theatre. Information at www.dallastheatercenter.org. For more on the production of the musical/drama “Giant,” a co-production of Dallas Theater Center and The Public Theater, visit TheaterJones.com.