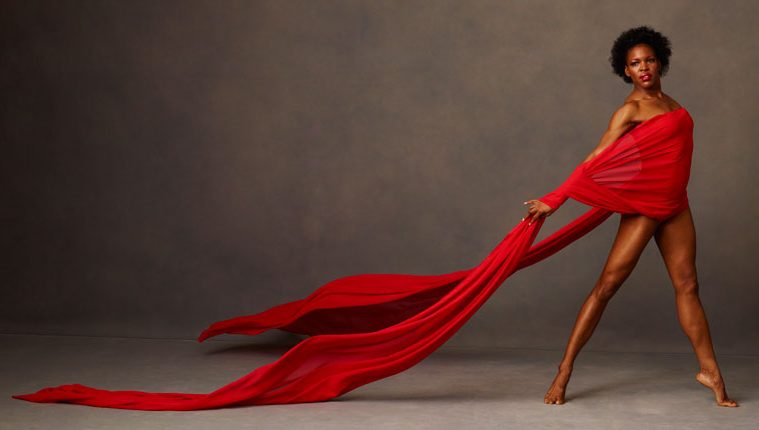 TITAS was founded in 1982 by co-founders Tom Adams and Gene Leggett, as the “Texas International Theatrical Arts Society,” to provide North Texas communities with the opportunity to experience the best of American and international music, dance, and performance art through a variety of presentations and educational outreach activities. under the leadership of Charles Santos since 2001, TITAS continues to achieve its mission statement, expand it’s audience base and build new coalitions to develop artistic collaborations that foster a greater sense of community, as well as work to enhance the North Texas cultural landscape.

“I always want to be a little left of center,” says Charles Santos, Executive Director of TITAS. The group’s first offering for the 2013 dance season is just that as TITAS presents Chicago’s famed Joffrey Ballet and its re-creation of the original, riot-inducing production of “Le Sacre du Printemps” (“The Rite of Spring”). It’s the first time the Joffrey has been to Dallas in two decades, and if the company is going to return, it might as well come back with a historically defining performance.

A+C contributor Danielle Georgiou spoke with TITAS’ Charles Santos about what it means to have the Joffrey back in Dallas and this important, and what else TITAS has in store for Dallas this season.

A+C: How did the return of the Joffrey to Dallas come about? It’s been 20 years—how did you convince the group to return?

Charles Santos: It was mutual, but on our end the decision was part of a bigger picture. TITAS has always been known for its music and dance programming, especially its dance programming. And I always strive for a balanced act between pushing the envelope and supporting experimental groups and bringing more mainstream acts. When we are planning out seasons, we look to see who is available. But then there are situations that you can’t ignore – things that come up that you just have to have, and this was one of them. It’s the 100th anniversary of “The Rite of Spring,” and it is the epitome of combining dance and music. More than that, it changed the dance world.

A+C:  That it did. Harvard University professor Thomas Kelly suggests that one of the reasons the 1913 Paris premiere of “The Rite of Spring” created such a furor was that it shattered everyone’s expectations. It was shocking, it was offensive—a performance so vile that the audience rioted.

CS: It was a battle to get this piece to Dallas, but I knew I had to have it. It was the best of both worlds: a large mainstream company—who hadn’t been to the city in two decades—and a work that is historical, influential and experimental. It marked the birth of Modernism, and the world, and the performing arts, has never been the same. It was such an important piece to how we view art and how dance can be staged and performed.

A+C: This really is a great combination, the Joffrey and TITAS, because there’s a marriage of ideas. TITAS wants to bring new and exciting work to Dallas, and the Joffrey has always set out to experiment with new ways of moving.

CS: Yes, I think so too. There is something to be said about tipping the scales, and always being a little left of center.

A+C: Changing topics—you just returned from Israel where you took part in an international dance conference. Could you talk a little bit about that experience?

CS: Part of my job is to present interesting dance, but the other part of it is to go and see those companies in action. You can send in all the pictures and video you want, but those are so flat, live is something else. In December of last year, I was invited by the Israeli consulate to come and partake in an international dance conference where 35 companies were coming to present and perform their work. It was a very exciting opportunity, but a questionable time to travel with all of the bombings. But I couldn’t pass up this opportunity. So I went, and it was something that I’ll never forget. In 5 days, I saw some really great work, and well some not so great work…I was exposed to new artists that I had not heard of yet, and some old favorites. And I found 3 that could be great fits for Dallas, so we’ll see where that goes.

A+C: It’s great to hear that TITAS is dedicated to working as an incubator for new work and new choreographers. Dallas is primed for being a place where new art can emerge.

CS: Definitely. We need to do more things, have more facilities, and be able to think and work outside of the box. And I want to be part of that, and so does TITAS. We’ve been doing it on a smaller scale, but now with the new arts district, we’ve got to think bigger, and think of new and exciting ways to use the district. Grow our cultural landscape.

A+C: What else does TITAS have in store for the rest of the dance season?

CS: After the Joffrey performances, Cedar Lake Contemporary Ballet will be coming back, but this time on the Winspear stage. Then we will have our annual Command Performance (March 2) and the following week Grupo Corpo from Brazil (March 8). In May (May 3-4), Alvin Ailey will be coming, and later on in 2013, we will have another “The Gathering.” We have some really great companies coming and I’m excited about all them and the future projects we are discussing.

TITAS has plans to continue to establish a relationship with the American Ballet Theatre and Alvin Ailey to where they are coming back to the Center every year. Part of TITAS mission, and an idea picked up by the Arts District on a whole, is to establish a sense that the Center and the District is place for creativity, a place where the creative process is fostered and cultivated.

Further, there are plans for a partnership with the Trammel Crow Museum and choreographer Shen Wei in the works, as well as a new dance installation from Cedar Lake and local artists.