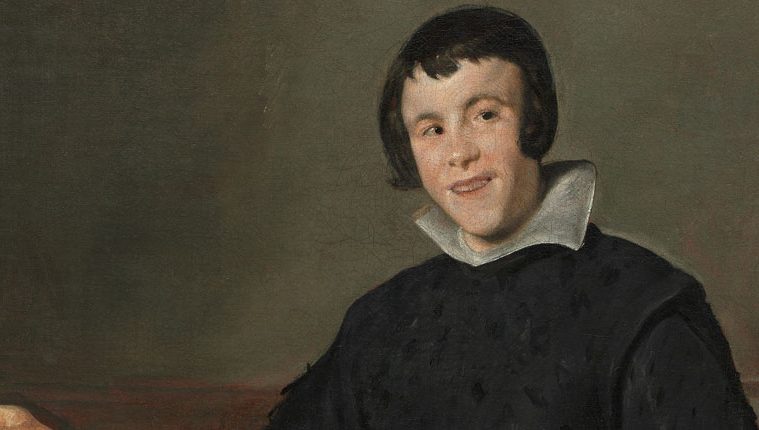 When Algur Meadows bequeathed his collection of Spanish paintings to create a “Prado on the Prairie,” he could not have foreseen that his namesake institution, the Meadows Museum, would become a significant partner with the Prado Museum in Madrid. This autumn marks the third and possibly most significant set of loans in an unprecedented exchange with the Prado as the Meadows exhibits Diego Velázquez: The Early Court Portraits. The Meadows is the only venue in the world hosting this landmark exhibition. It is being hailed as “the most important monographic exhibition devoted to Velázquez in the United States in more than two decades” and is the first one devoted exclusively to Velázquez’s decade as court painter to King Philip IV of Spain.

According to Gabriele Finaldi, Deputy Director of the Prado, the seven paintings in the exhibition by Velázquez represent, “the beginning of one of the most extraordinary relationships in the history of art.” He explains that while Philip IV and Velázquez were both young at the time, ultimately Philip became one of the most powerful kings and “the greatest collector who has ever lived.” And Velázquez became, according to Manet, “the painter of painters.”

“These (loan) exhibitions give rise to new scholarship,” Finaldi continued. The exhibition opens new avenues towards an increased understanding of Velázquez’s work through its tightly focused collection of 20 objects.

Diego Velázquez was born in bustling Seville on the eve of the 17th century. It was here that he ultimately broke with the prevailing doctrinaire style and developed his own, based on a naturalism that set him apart from his contemporaries and opened a new chapter in Spanish art.

In 1623, he visited Madrid, which had become Spain’s permanent capital in 1606. One of the first portraits Velázquez completed on this trip was of court poet Luis de Góngora. This painting, included in the exhibition, is on loan from the Museum of Fine Arts, Boston. Góngora’s portrait was taken to court where it won the admiration of the royal family. As a result Philip IV agreed to let the artist paint his portrait. “It is the painting that got him the job (of court painter),” according Mark Roglán, Director of the Meadows Museum.

One of the most exciting discoveries coming out of this exhibition is that many scholars now conclude, according to Roglán, that it is very likely that the Meadows’ “Portrait of King Philip IV” is Velázquez’s audition portrait. It also served as the prototype for which Velázquez and others would subsequently depict Philip IV.

When the 16-year-old Philip IV ascended the throne in 1621 it was with a strong desire to curb the excesses of his father’s court. According to Dr. Javier Portús, the exhibition’s curator and head of the Prado’s Department of Spanish Painting until 1700, Velázquez reflects this new, austere, political reality through his monochromatic palette. According to Portús, the use of gray in the exhibition’s portraits of the king and his circle is a unifying element that reflects gravity and responsibility. In addition to portraying the new direction of a highly ritualized court, Velázquez also added deep psychological insights into his subjects.

Another component of the partnership between the two museums is the establishment of the Prado/Kress/Meadows Fellowship. As part of this exhibition, Fellow Iraida Rodríguez-Negrón worked directly with the Prado’s Gabinete Técnico de Documentacíon, an area of the museum’s conservation department where all technical studies are performed and analyzed. X-rays of the Prado’s “Philip IV” and the Meadows’ “Philip IV” installed in the exhibition provide insight into how Velázquez reworked his canvases, shedding further light on his experimental style.

“We want to make new connections and new discoveries,” said Nicole Atzbach, Assistant Curator at the Meadows. The thoughtful installation of these key works brings clarity to the first decade of the king’s reign and to Velázquez’s contribution to Spanish painting.