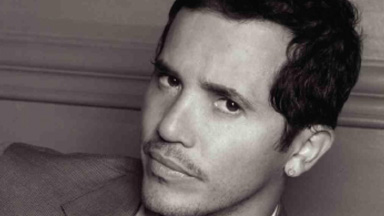 Dramalog: News from the Stage

“He has been awarded this honor for his critically acclaimed work with the DSO and for the excellence of his music-making, both in Dallas and as guest conductor with some of the nation’s most prestigious orchestras,” said a DSO press release in November.

Musical America started out as a magazine in 1898 and has evolved to an online publication and a humongous yearly book that contains a listing of every even vaguely related classical music organization or business.

Local North Texas actors/singers have banded together to produce a holiday CD for charity. “HOLIDAZZLE Act II” brings together the shining stars of the Dallas/Fort Worth musical theater scene in a compilation of holiday songs, ranging from the traditional to the contemporary. Each track features a different solo or group performance. All proceeds benefit local children’s charity Jonathan’s Place, which has been providing residential care and specialized services to the abused and neglected children of North Texas for more than 15 years. You can buy the CD online here.

The Dallas Opera has achieved yet another major milestone in its quest for long-term financial stability by raising $20 million for the company’s Cultural Renaissance endowment Fund. A total of $10 million in new cash donations for the endowment over a two-year-period ending October 31, 2011, triggered a $10 million matching gift from an anonymous donor. The DO announced exceptional donations from the Hamon Charitable Foundation, Linda and Mitch Hart, Joy and Ronald Mankoff, Mrs. Eugene Mcdermott, Phyllis and Tom McCasland, and Margot and Ross Perot/The Perot Foundation helped lift the company above the all-important $10 million mark to qualify for the match.

Comedian and actor John Leguizamo is taking his 2011 one man show, “Ghetto Klown,” on tour, and among the five Texas stops is a three-day stint at Dallas’ Majestic Theatre, February 16–18, 2012.

The energetic, autobiographical show, which is directed by Fisher Stevens, played Broadway in the spring to positive reviews.

This tour marks the first time leguizamo has played dallas since his “Sexaholix…A Love Story” nearly a decade ago.  Get tickets.

Dallas Theater Center has added a show to its current season. The addition is Andrew Lloyd Webber and Tim rice’s “Joseph and the Amazing Technicolor Dreamcoat,” the super-peppy musical about the Old Testament character who talks to the burning bush. The show runs virtually all summer, June 22–August 12 at the Wyly Theatre. Associate artist Joel Ferrell (who helmed last spring’s fabulous “Cabaret”) will direct.

Fort Worth symphony Orchestra has announced that it has acquired a second rare violin by Antonio Stradivari. On loan to the orchestra by a generous Fort Worth patron who has asked to remain anonymous, it a well-known instrument dating from 1685 that has for decades been called the “Mackenzie” Stradivarius. Associate concertmaster Swang Lin will play the instrument. He joins concertmaster Michael Shih, whose instrument was made by the famed violin maker in 1710. Stradivari crafted instruments that are still considered to be the finest ever made. The new styles of violins and cellos that he created were remarkable for their excellent tonal quality and became the basic design for all modern versions of the instruments. In February 2012, Shih and Lin will perform on the Strads as soloists in the Bach Concerto for Two Violins at a community concert at Arborlawn United Methodist Church in Fort Worth.

Turtle Creek Chorale, a 225-voice strong men’s chorus, Metropolitan Winds, a nonprofit symphony and The junior players, a youth arts education program are the first North Texas arts groups to announce performances at the City Performance Hall, now under construction next to the Wyly Theatre in the downtown Arts district. The new city-run multidisciplinary center will cater to mid-sized cultural and arts groups from around the community. The hall will have three theaters when it is completed. Two of the theaters will house 200 seats and the third will seat 750 people. It is scheduled to open September 2012.

Veteran entertainer George Hamilton is set to star in “La Cage Aux Folles,” April 10–22, 2012, at the music Hall at Fair Park. Winner of three 2010 Tony Awards® including best musical revival, this hilarious new production was one of the biggest hits of the 2010 Broadway Season. It tells the story of Georges, owner of a glitzy nightclub in lovely Saint-Tropez, and his partner Albin, who moonlights as the glamorous chanteuse Zaza. When Georges’ son brings the conservative parents of his fiancée home to meet the flashy pair, the bonds of family are put to the test as the feather boas fly. The show is one offering in the new season of Dallas Summer musicals. Among other shows on the 2012 DSM schedule: “Mamma Mia!,” “Memphis, The Musical” and “Rain: A Tribute to the Beatles.”

Flatt joins seven other distinguished Women honorees being recognized for outstanding achievement. In 1970, the Northwood university board of Trustees established the distinguished Women’s Award to recognize the enormous contribution women make to communities, businesses, volunteer agencies, and public and private sector services world-wide. It is awarded annually and never in absentia. Each distinguished Woman receives a medal that was originally designed by the late sculptor, Giulio Tamassy.

Under Flatt’s artistic leadership, the Dallas Children’s Theater’s creative and operational stature has grown over the past 27 years to reflect its current annual budget of more than $3 million and produces shows year round.