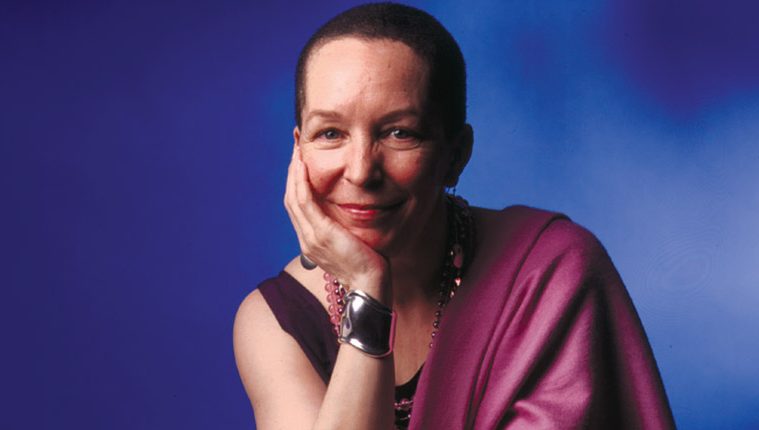 Pearl Cleage’s The Nacirema Society Requests the Honor of Your Presence at a Celebration of Their First 100 Years opens The Ensemble’s 2012-2013 season. Set in 1963, the play brings us into the glamorous world of upper crust Alabama when six elegant African-American debutantes are about to be introduced into a world of wealth, privilege and social responsibility. The Nacirema (American spelled backwards) Society follows the lives of 17-year old Gracie, her grandmother Grace Dunbar, and others as they confront a changing world, family politics and matters of tradition and romance over the course of a few days.

Cleage is the award-winning playwright of Blues for an Alabama Sky, Flyin’ West and other works. Her first novel, What Looks Like Crazy On An Ordinary Day, was an Oprah Book Club pick and spent nine weeks on the New York Times bestseller list.

Cleage spoke with A + C editor Nancy Wozny about her life, work and the full surround of her romantic comedy. The Nacirema Society.

A + C: When I read your play, I could imagine the talent pool at The Ensemble doing a terrific job. It feels like a perfect fit for the company. What’s your connection to Houston’s historic Ensemble Theatre?

Pearl Cleage: They have produced many of my plays. I had a good experience, and I think they did as well. It’s a great pleasure to be back.

A + C:   Can you give us an idea of the production history of The Nacirema Society?

This will be the first production outside of its premiere and two-week run produced by the Alabama Shakespeare Festival and the Alliance Theatre.

It is, it’s fresh, and ready to be out in the world.

A + C:   We don’t hear many stories about affluent African-American families. It’s interesting that we are seeing a different side of the 1960s.

People are often surprised by this play. Class structures exists in every culture.

This part of our culture is unknown to people outside of it. Grace Dunbar makes a case for her own involvement in the civil rights movement in a different role. She sees herself as someone who needs to be ready to step in to use the right fork or learn to waltz, not march.

I grew up in the 60s in Detroit. Somehow, we think that everyone wanted to march for change. That’s not true. Not all African-Americans thought that this was the way to go, or the best way to make change. That was certainly true for Grace Dunbar.

A + C:  The career of “writer” makes a strong presence in the play in the character of Janet Taylor, the New York Times writer giving The Nacirema Society a second look after a critical piece, and in the aspiring writer in Gracie, the play’s ingénue, who wants to go to Barnard instead of Fisk, where all the Dunbars go. I wondered if there is a little bit of you in Janet?

No, not really. As a journalist her requirements are different.  I see myself more in Gracie, in that she wants to go to New York and become a novelist.

A + C:   Do you see yourself more as a novelist or a playwright?

A + C:   But you’ve had considerable success as a novelist with your first novel making Oprah’s much coveted book club. Did that change your life?

It didn’t change the work I was doing, just the response. It gave me some wonderful momentum, but I was already on the journey. It changed my financial life; the book sold a million copies. It was also great to be introduced to Oprah’s audience, which expanded my readership. I believe some of those people have stayed with me.

I have a new play opening at Alliance Theatre, What I Learned in Paris. It’s set in 1973 in Atlanta on the day that Maynard Jackson became the first African-American mayor.

A + C:   Last thoughts on The Nacirema Society?

I love the play a lot. Because it is set in 1964, people think it’s a serious, political story. This is a story about an American family, not just an African-American family. It’s not a hyphenated story. I hope people find something in the play that rings true for them. We need to realize that your grandmother is probably a lot like my grandmother.