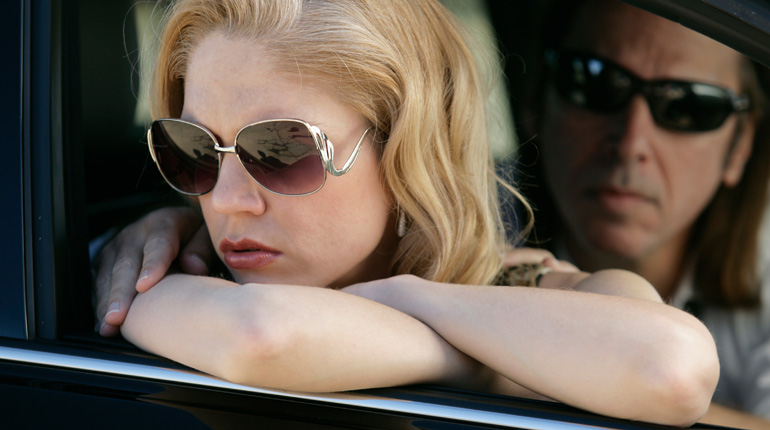 The Heavenly Muse Players (HMP), a new local theatrical troupe with members who hail from Dallas, Los Angeles, and New York, is making its debut at WaterTower Theatre’s Out of the Loop Festival, March 1–11.

This is the 11th year of the Festival, which offers an eclectic mix of music, art, dance, improv and, of course, theater.

The HMP ensemble, dedicated to producing rarely-seen work by contemporary playwrights, will present the Southwestern premiere of Neil LaBute’s “Autobahn,” a unified cycle of five short plays that demonstrates just how dramatic a place the front seat of an automobile can be. Filmmaker and actor Daniel Foster will helm the production.

The cast brings together theatre veterans with new faces who have been working primarily in film and TV. Actress Ali Faulkner has a key scene in the latest “Twilight” feature, and Cassie Shea Watson recently wrapped the Robert De Niro vehicle, “Freelancers.” Gene Gallerano has balanced TV episodes in NYC with leading stage roles (“War in Paramus” Off-Broadway, under the direction of Austin Pendleton). Heavenly Muse is particularly excited about the return of Jonathan Pollei (formerly Jonathan Brent) to the local stage. Pollei gave much-lauded performances at Dallas Theatre Center, Shakespeare Dallas, and Kitchen Dog Theatre before moving to the Los Angeles market where he appeared in Steven Spielberg’s “Catch Me If You Can,” NBC’s “The West Wing” and HBO’s “Six Feet Under,” while continuing stage work at the Mark Taper Forum and Odyssey Theatre, among others.

“We think the way to get people into the theater-going habit is to give them truly compelling acting,” says Foster. “The Studio Theatre at WaterTower is an intimate space that allows us to convey all the nuances of the work … LaBute is a playwright who pulls no punches. The audience is never sure whether to gasp or laugh.”

Another highly-anticipated premier is Texas-based playwright/screenwriter Thomas Ward new play, “International Falls,” the story of a burned out standup comedian and a hotel desk clerk trying to enjoy a one-night stand after a comedy show. What begins as an innocuous frolic turns into a philosophical discussion of comic theory, marriage, parenthood, religion, and fart jokes. The line between comedy and tragedy is blurred as both characters are forced to ask the inevitable post-coital question, “Now what?”

Ward has received several honors for his writing, including the distinction of Atlanta’s Best New Play for his play “Keeping Watch.” With “International Falls,” Ward was interested in creating a tragic play that is full of jokes.

“While this play isn’t autobiographical, it is the most personal because it portrays an artist dealing with frustration, depression, and complex relationships. I also like seeing broad (sometimes foul) humor emerging in dark places,” he states.

The tone of the play fits snugly within the context of the Festival.

“One of the driving forces behind WTT’s Out of the Loop Fringe Festival has always been to provide performance opportunities for existing and emerging theater, dance and music companies as well as artists in our region,” says WTT Artistic Director Terry Martin. “The Festival offers them the opportunity to present works that often vary in form and presentation from their typical content. Most importantly, the Festival is a valuable way to develop new audiences who may not be aware of the participating companies and artists and their work.”