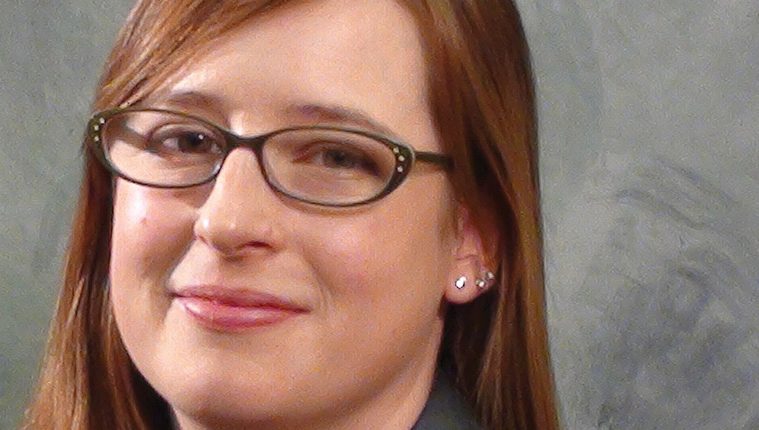 Filling the Air with Beautiful Music

A trained pianist and radio executive, Sarah B. Colmark has taken over the reigns as the new General Manager of WRR Classical 101.1 FM, North Texas’ classical music station. Prior to Dallas, she was station manager of Classical KHFM-FM (95.5 and 102.9 FM) in the Albuquerque/Santa Fe region and brought in younger listeners with a creative, upbeat and interactive broadcast style. She joins WRR Classical 101.1 FM as the station begins its 91st year of service to the Dallas and North Texas community.

Licensed on August 5, 1921, WRR is Texas’ first commercial radio station and the second oldest in the United States. WRR 101.1 FM has maintained its classical format since 1948. Broadcasting 24 hours a day from historic Fair Park in Dallas, WRR’s 100,000-watt signal can be received throughout North Texas. The station streams its terrestrial broadcast signal on the Internet at www.wrr101.com and via the Classical 101 WRR Radio mobile app.

A+C: Can you talk a little bit about your background and what brought you to Dallas?

Sarah B. Colmark: I grew up near Dallas, in Shreveport Louisiana and we would always come here to visit the museums and see the Dallas Symphony. Actually, the first concert I even went to was the Dallas Wind Symphony. My visits to Dallas are part of what inspired me to study music.

I went to the Cincinnati Conservatory of music and studied piano performance. My husband and I met at the conservatory. He plays the tuba. When we got married we both went to study at the Conservatory in Perpignan, France. We have two boys, 1 1/5 and 3 years old.

I am actually the fourth generation of my family to work in radio and I lead my family’s Classical station in Albuquerque and Santa Fe — Classical 95.5 KHFM. When I heard about this opening at WRR I thought it would be wonderful to come here and see all the culture I saw when I was young and to share that with my family, so here I am.

A+C: I understand that you are an accomplished musician. How does that talent/interest/ability inform your work at the station?

Sarah B. Colmark: As a musician you are always thinking about how to connect with people and that is what radio is too. It is about reaching the broadest audience of people with music that touches them and connecting them to a lifestyle. It creates community.

A+C: What are your favorite classical compositions?

Sarah B. Colmark: My desert island list?  Well-tempered Clavier, Chopin’s Piano concerto in f minor, Satie’s Gymnopedie, Beethoven’s 9th symphony. It changes every day though. Yesterday it was anything by J.C. Bach.

A+C: If you weren’t listening to classical music on WRR, what would you be doing?

Sarah B. Colmark: Listening to classical music on CD. (She laughs). Honestly, my very first CD was “Guns and Roses.” I had a big thing for 80s hair bands when I was a kid and I can’t say I’ve totally abandoned them. Outside of music… I have always loved riding horses. I don’t get much time for it now. I studied Chinese medicine in school in Germany, so I can always whip out a little acupuncture if days get stressful. I’m also really looking forward going to Six Flags.

A+C: How does that inform programming decisions at WRR?

Sarah B. Colmark: I fall in love with a piece of music just about everyday. It could be something that I have heard a million times before but it catches me in a certain mood on a particular day and I am smitten. That is what radio is about too  —  maybe you have heard something over and over and then one day you are in the car, or you are on your way somewhere and it just captures the moment. I like to create those moments with radio programming.

A+C: What kind of changes do you have planned for the station? What’s your view of the future? What would you like to accomplish here?

Sarah B. Colmark: At this point I am taking a month to learn the staff, the community and the clients of the station and to make a plan. I think that radio stations should reflect the community it serves and I hope to accomplish that goal as we reach a broad audience and introduce new people to classical music.