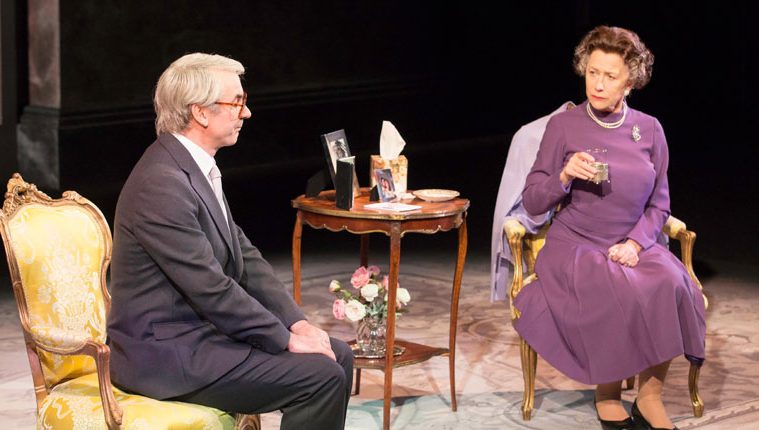 The Queen is coming to Texas.

Helen Mirren reprises her Academy Award-winning role as Queen Elizabeth II in “The Audience,” a West End production that is being broadcast live from London’s Gielgud Theatre as part of National Theatre Live series.

For nearly three years, National Theatre Live events have been exhibited locally at the Angelika Film Center & Café in Dallas and Plano, and at the Modern Art Museum of Fort Worth. Though each live broadcast is filmed in front of a live audience in the theatre, cameras are carefully positioned throughout the auditorium to ensure that cinema audiences get the ‘best seat in the house’ view of each production. Satellites allow the productions to be broadcast live, without delay, to cinemas throughout the UK as well as many European venues. U.S. venues show the broadcasts “as live” according to their time zone, or at a later date.

David Sabel, executive producer of National Theatre Live, says the mission is to bring world-class theatre events to a wider audience.  “We have been thrilled to see the growing popularity of National Theatre Live,” said Sabel. “We aim to give audiences around the world the chance to see the very best in British theatre, both from the National and through partnerships with other great productions, captured at the very highest quality.” 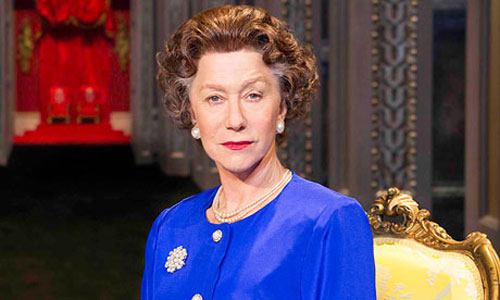 Sabel says audiences have grown since the series began in 2010. At a broadcast of FELA! In January 2011, only about two dozen attended the showing at the Angelika in Dallas. But a later showing of a highly-touted production of Danny Boyle’s “Frankenstein” attracted well over 100.

This year’s performances begin on June 27 with a production of Stephen Daldry’s “The Audience,” reuniting playwright Peter Morgan and Mirren following their collaboration on the critically-acclaimed movie sensation “The Queen.”

For sixty years Elizabeth II has met each of her twelve Prime Ministers in a weekly audience at Buckingham Palace – a meeting like no other in British public life – it is private. Both parties have an unspoken agreement never to repeat what is said. Not even to their spouses. The Audiencebreaks this contract of silence – and imagines a series of pivotal meetings between the Downing Street incumbents and their Queen. From Churchill to Cameron, each Prime Minister has used these private conversations as a sounding board and a confessional – sometimes intimate, sometimes explosive.

The National Theatre is producing a major new production of William Shakespeare’s celebrated play about the destructive power of jealousy, “Othello.” Adrian Lester takes the title role, with Rory Kinnear as the duplicitous Iago. A broadcast from the National will beam to movie theaters in North Texas.

From young mother to grandmother, these private audiences chart the arc of the second Elizabethan Age. Politicians come and go through the revolving door of electoral politics, while she remains constant, waiting to welcome her next Prime Minister.

In October, audiences can also enjoy “Othello,” William Shakespeare  celebrated play about the destructive power of jealousy. The production is directed by one of Britain’s leading stage directors, Nicholas Hytner, who guided Miss Saigon and The History Boys, and Henry V among others.

“We are seeing record sales for “The Audience” and there is tremendous buzz about upcoming shows, like the National’s current hottest ticket, “Othello” and Kenneth Branagh’s “Macbeth,” Sabel says. “We will soon be announcing some more very exciting programming and high profile shows, and the series is only going to grow more rich and varied.”