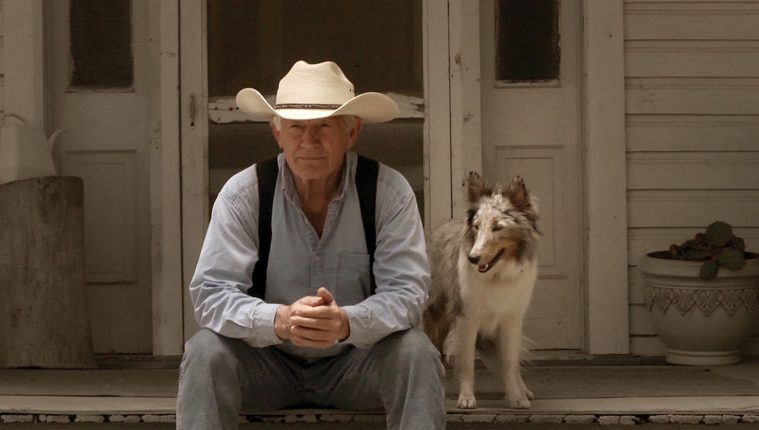 The Dallas International Film Festival presented by AutoNation Volkswagen Dealers has finalized its features and shorts that will be screened through the Festival’s 11-day run, April 4-14, 2013, at various venues in Dallas.

For the 2013 Festival, more than 160 features, documentaries, shorts and student films representing 28 countries make DIFF truly an international Festival. Of the feature films at the Festival, 11 will see their world premieres and two are North American premieres—all represent some of the best in the art of filmmaking. These films were selected from more than 1,300 submissions from around the world.

The 2013 Festival is featuring one country in particular for its contribution to the art of film: Italy. From classic films to new works, the cinematic achievements of Italian filmmakers are being highlighted as this year’s DIFF cultural spotlight.

“From family-friendly fare featuring girls with their dogs and a cup-stacking contest to challenging documentaries that bring you into the daily lives of some of the world’s most interesting people—well known and unknown alike—the variety of films offered truly define our Festival,” said James Faust, Artistic Director of the Dallas International Film Festival.

“They range from funny and light-hearted to thought-provoking and generation-defining. The one thing these diverse films have in common is that these filmmakers are telling stories with the spirit and creativity that is the hallmark of independent filmmaking,” Faust concluded.

Among the highlights of this year’s festival:

The life story of Jackie Robinson and his history-making signing with the Brooklyn Dodgers under the guidance of team executive Branch Rickey.

The story of Anne Parker, a sharp-witted, funny and irrepressible young woman who watches her mother, then sister, fall victim to breast cancer. When she herself is later diagnosed with the disease, Anne resolves to fight back against immeasurable odds.

Against the backdrop of the American Old West, newlyweds struggle to make a living cultivating their patch of land in the magnificent New Mexico countryside. Soon a powerful landowner and community preacher, Prophet Josiah, makes a play for their property. As he launches his diabolical plot to take their land, an eccentric big-city sheriff comes to town and things soon go from bad to worse, culminating in a jaw dropping, hell-hath-no-fury showdown in this intense but humorous film.

THE BRASS TEAPOT is a magical comedy starring Juno Temple and Michael Angarano, based on the comic book series about a broke couple in their mid-20s who find  a mysterious, magical brass teapot that gives them money every time they (or others) are hurt near it.  After realizing the teapot’s powers, John and Alice must decide how far they will go to fulfill their dreams of wealth.

Mickey Rourke and Kellan Lutz star in an action-thriller about two cops who team up to thwart a terrorist plot to steal the Sultan’s royal treasure.

Premiering to rave reviews at the 2013 Sundance Film Festival, THE KINGS OF SUMMER is a unique coming-of-age comedy about three teenage friends—Joe (Nick Robinson), Patrick (Gabriel Basso) and the eccentric and unpredictable Biaggio (Moises Arias)—who, in the ultimate act of independence, decide to spend their summer building a house in the woods and living off the land.  Free from their parents’ rules, their idyllic summer quickly becomes a test of friendship as each boy learns to appreciate the fact that family—whether it is the one you’re born into or the one you create—is something you can’t run away from. Brought to DIFF by CBS Films.

The story of legendary explorer Thor Heyerdal’s epic 4,300 miles crossing of the Pacific on a balsa wood raft in 1947, in an effort prove it was possible for South Americans to settle in Polynesia in pre-Columbian times.

At the stroke of midnight on August 15, 1947, as India proclaims independence from Great Britain, two newborn babies are switched by a nurse in a Bombay hospital. Saleem Sinai, the illegitimate son of a poor Hindu woman, and Shiva, the offspring of wealthy Muslims, are fated to live the destiny meant for each other. Their lives become mysteriously intertwined and are inextricably linked to India’s whirlwind journey of triumphs and disasters. Directed by Oscar-nominated director, Deepa Mehta and executive produced by Dallas’ Doug Mankoff, MIDNIGHT’S CHILDREN is based on the Booker Prize-winning novel by Salman Rushdie.

This homespun fable is set on the banks of the mighty Mississippi. Ellis and Neckbone are best friends approaching the twilight of their youth. While exploring, they stumble upon the hiding place of a charismatic outlaw, Mud, who recruits the boys to his cause: the search for true love and a clean getaway. Viewers are thrown into the middle of a lush adventure, ensnaring the excitement every youngster feels when trouble lurks everywhere and anything is possible. Steeped in the vanishing myth of the Deep South, this film’s handcrafted vision shines through with vibrant imagination and sumptuous attention to detail in each richly textured frame and proves a tall tale for the ages.

This exquisitely crafted and deeply affecting true story is about a couple in their twilight years fighting for their right to live their lives together as they see fit. At home in rural New Brunswick, Canada, retired couple Craig and Irene Morrison are used to doing things their way. While industrial architecture dominates the landscape, the Morrisons have maintained their traditional farm and slower-paced way of life. Even when she falls ill, he decides to build a new, more suitable home rather than leaving behind the land they’ve loved for decades. But their plans are stalled when a government inspector makes it his personal mission to shut down progress on the new house.

At his late stage in life, Arthur is perpetually grumpy. His beloved wife Marion is terminally ill, and there seems to be little left in their lives to keep them going. When she can no longer participate in her local seniors’ choir, he reluctantly takes her place in an attempt to make her happy. Thrust into this new, awkward environment—complete with renditions of songs such as “Let’s Talk About Sex”—the joy of music nevertheless begins to reawaken parts of Arthur. A luminous performance from two legendary British cinema icons that takes an endearing look at the grand performance that is life where music soothes, but all performances must come to an end.

AZOOMA (South Korea)
Director: Jiseung Lee
Young Nam is horrified to find out her daughter had been raped on her way home from school. After trying and failing several times to get justice for her daughter, Young Nam sets out to catch the rapist and exact revenge in the only way she knows: vigilante justice.

C.O.G. (USA)
Director: Kyle Patrick Alvarez
In the first film adaptation of a David Sedaris’ work, a cocky young man travels to Oregon to work on an apple farm. Out of his element, he finds his lifestyle and notions being picked apart by everyone who crosses his path.

THE DIRTIES (Canada)
Director: Matt Johnson
Matt and Owen are best friends who live in a world of endless movie references and hijinks. It would be perfect, if not for the cruel bullies at their high school who make their lives hell. While working on a movie for class, the lines between fiction and reality blur together in this horrifying look at high school bullying.

DIVING NORMAL (USA) – World Premiere
Director: Kristjan Thor
Fulton, an ambitious Brooklynite graphic novelist, and Gordon, his socially awkward neighbor, are best friends who vie for the attention of Dana, a beautiful but damaged girl. Fulton and Dana begin dating, but the increasingly complicated situation is compounded by their pasts of abandonment, accident, and sexual deviation. After discovering that Fulton has gone to visit his ex-girlfriend, things take a dark turn as Dana relapses and debases with drugs and alcohol. Gordon becomes Dana’s caretaker, and as they grow closer, the trio’s relationships are tested. Based on a play, DIVING NORMAL explores loyalty amongst friends and lovers, as well as the heartbreaking personal struggle of becoming an adult.

LAURENCE ANYWAYS (Canada)
Director: Xavier Dolan
In the ‘90s, Laurence tells his girlfriend, Fred, that he wants to become a woman. In spite of the odds and in spite of each other, they confront the prejudices of their friends, ignore the council of their families, and brave the phobias of the society they offend.

A TEACHER (USA)
Director: Hannah Fidell
A high school teacher in Austin, Texas, has an affair with one of her students. Her life begins to unravel as the relationship comes to an end.

Individual tickets and passes can be purchased at the Prekindle Main Box Office in Mockingbird Station and online at DallasFilm.org or call 469-547-1230.