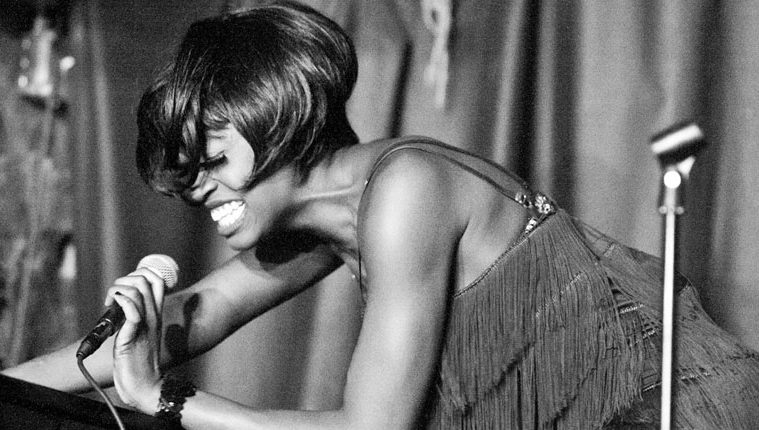 A 4,000 mile journey, a baby-smuggling clown and a post-modern Medea: Out of the Loop returns to Addison March 7-17, for 10 days of theater, dance, visual art and for the first time opera.

This year’s “Loop” will be focused on local performing groups and host theater WaterTower Theatre will produce a mainstage show of its own after several years without one. As one of the only theater-focused performing arts festival in the Dallas area, Loop continues to earn its reputation as an exciting, envelope-pushing festival, a risky supplement for WaterTower’s regular season.

This year, artistic director Terry Martin worked with Brandon Weinbrenner and Louisa Ann Torres to craft a unique selection of performances. Weinbrenner who grew up attending the festival says that he wanted the 2013 festival to feel innovative and fresh.

“We are producing a site specific dance piece outdoors, which is new for us,” Weinbrenner says. “Some of the companies are producing very unique works, such as Outcry’s Circus Tracks and David Parr’s Pluto is Listening.”

To see all 18 performing groups, plus the display of two visual artists in the lobby, festival-goers can purchase individual tickets or Loop passes for $65. Although a few of the shows are free, tickets to most performances cost $10.

The festival footprints most of the Addison Theatre and Conference Centre, which houses WaterTower throughout the year, filling three stages with shows and the space between. imPULSE Dance Project will produce True Colors in the courtyard between the Main Stage and the Stone Cottage. Founded in 2012 by Anastasia Waters, this Fort Worth based troupe is one of the festival’s newest entrants, recently performing to critical accolades at the Barefoot Bridgade Dance Festival at the Bath House. imPULSE’s free performances will take place at 4:30 p.m. on both Sundays of the festival.

Another festival newcomer with a fresh perspective will be Fort Worth Opera’s studio performances. Martin’s decision to include opera in this year’s festival came at just the right time for Hannah Guinn, Director of Fort Worth Opera Studio & Eduction.

“I personally see a great deal of overlap between theater productions and opera,” Guinn says. “Both [WaterTower and FW Opera] want our audiences to experience the wide variety of art available to them in the metroplex.”

For the festival, Guinn says they have chosen familiar aria, a few musical theater works and several arias and ensembles from the operas in the 2013 Festival her company hosts every year. According to Guinn, these performances should serve as further proof that opera is a more accessible art form than people tend to think.

“Most people associate it with women wearing a Viking helmet and screaming high notes at you,” Guinn says. “Truth is, opera is much more than that – it’s fun, it’s enlightening, it’s entertaining and these performances will be a perfect, bite-sized introduction.”

Although many of the elements of this year’s festival are new, there are also groups that have become staples in recent years like the late night FTP Comedy Troupe and Dallas Poetry Slam, or the exuberant hoofers of Rhythmic Souls. One-man shows are another common element of Loop. This year Pat O’Brien (who Millenials will recognize as Saved by the Bell’s Mr. Dewey) will perform his show Underneath the Lintel, David Lee Nelson is bringing his piece The Elephant in my Closet, and there will also be an irreverent cabaret by Ayanna Hampton called The Morning After Show.

For the past few years, Loop outsourced for headliners taking on the role of presenter rather than producer at the festival. This year, Martin will direct Marius von Mayenberg’s play The Ugly One. Weinbrenner had seen a production of the play while he was working at the Guthrie Theater in Minneapolis and knew it would be easy to cast with Dallas talent.

“SoHo Rep had worked with Mayenberg to rewrite the script and put on a well received production last summer,” Weinbrenner says. “After reading the new script, I loved it a gave it to Terry.”

The Ugly One deals with the human struggle for self-definition based on appearance, but it’s told as an absurd farce. The play, which will open the festival on March 7 at 8 p.m., features Jeff Swearingen, Natalie Young, Ted Wold and Montgomery Sutton.

Another play that deals with the themes of identity is Outcry Theatre’s Circus Tracks. Outcry won 2012’s Best of Festival for the Studio Theatre with their very first production dark play or stories for boys. This year’s choice by up-and-coming playwright Sarah Hammond has been described as a “fairy tale for adults.” Circus Tracks follows the journey of a circus orphan who journeys to find her mother under the bigtop.

“I looked at the maturity and quality of the company’s previous work versus what they plan on producing with us,” Weinbrenner says about the selection process. “What’s new about their piece?”

Another new play presented at Loop this year will be David Parr’s Pluto is Listening, which explores issues of bullying and friendship taking inspiration by an incident in a small Midwestern town. The controversial topic of same-sex marriage is examined in Standing on Ceremony: The Gay Marriage Plays produced by QLive! This series of 10-minute plays was written by eight of contemporary theater’s greatest playwrights including Mo Gaffney, Neil LaBute, Paul Rudnick and Moises Kaufman.

Weinbrenner says that the producers were concerned with diversifying the festival offerings. When you’re mapping out your Saturday at Loop, you could plan to see Contemporary Ballet of Dallas at 2 p.m., follow that with local diva Diana Sheehan’s salute to Loren Hart at 5 p.m., catch Walter Lee in the lobby at 7 p.m. (his performance is free), while you look at artwork by Lauren Luong or Willie Baronet, then choose either Standing on Ceremony or The Ugly One at 8 p.m. and end the night at the Dallas Poetry Slam at 10 p.m. Come Sunday, you can do it all again with new shows.

The festival atmosphere at Loop is infectious and always leads to excited conversations among patrons in the lobby, over a glass of wine or a coffee. For the full schedule of performances and happenings, visit watertowertheatre.org.